A particle accelerator from Heidelberg, Germany – the Test Storage Ring - may not be going into storage after all 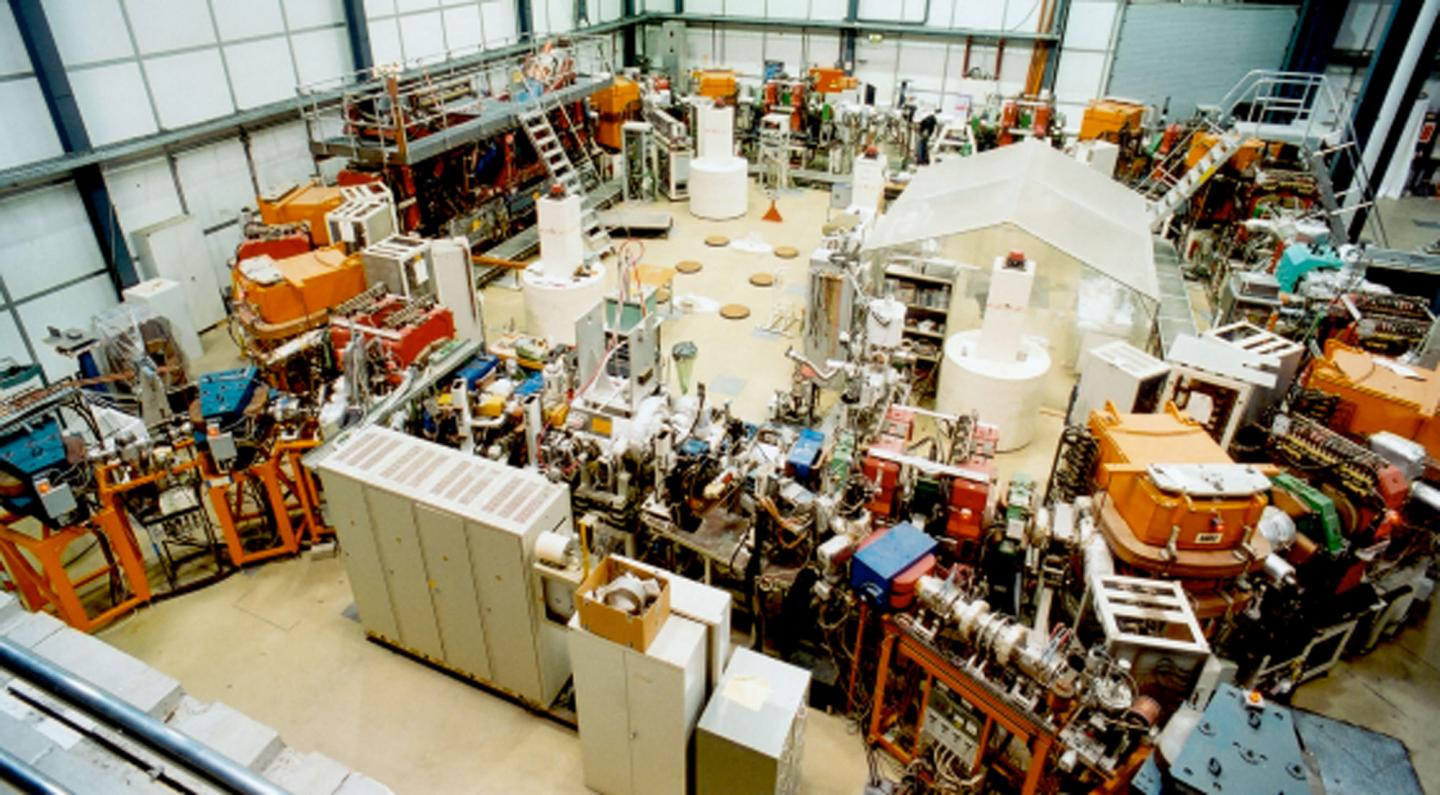 A used particle accelerator from Germany could start a new life at CERN’s ISOLDE facility.

The Test Storage Ring (TSR) has been in operation at the Max-Planck Institute for Nuclear Physics in Heidelberg since 1988. Storage rings – a type of particle accelerator in which beams can be kept circulating for hours – are often used in particle-physics laboratories to prepare ion sources for experiments.

If committee decisions are in favour and enough funding is found, the whole 55-metre TSR could be packed up and moved to Geneva to complement the ISOLDE upgrade. The addition of this ring to ISOLDE would make the research facility unparalleled in the world in terms of ion-beam luminosity and quality.

ISOLDE produces beams of radioactive ions that are used for a large array of small experiments in materials science, life sciences, nuclear and atomic physics and astrophysics. After a planned upgrade that is scheduled to finish around 2016, it will become HIE-ISOLDE, where HIE stands for High Intensity and Energy. The beams of radioactive ions will be a factor of three higher in energy and three times more intense, allowing a whole new range of experiments.

If the Heidelberg TSR is implemented at ISOLDE, it would allow beams to be stored, cooled and reused, thus providing an intensity that would be about a million times higher in combination with greater luminosity and much better beam definition. "It’s a unique opportunity for a unique facility," says Klaus Blaum of the Max Planck Institute for Nuclear Physics, who is the spokesman for the TSR @ ISOLDE collaboration. "TSR would add a whole new class of experimental possibility." The likely customers of TSR @ ISOLDE are nuclear and atomic physicists, materials and life scientists and astrophysicists.

At its current home in Germany, the TSR circulates beams of heavy stable ions for experiments in atomic and molecular physics and for accelerator studies. It will soon be replaced by the Cryogenic Storage Ring (CSR) – an accelerator designed for atomic physics, that operates at -271°C.

"TSR is perfect for nuclear physics, and it still has many years to go," says Blaum. "So we proposed to add it to CERN’s ISOLDE beams." The international ISOLDE collaboration were on board immediately, says Baum, and soon afterwards the team consisting of some 150 researchers from 50 institutes published a feasibility study in form of a Technical Design Report in 2012. CERN’s Research Board has already given its green light and the TSR has a temporary building number at CERN. The CERN Council will take the final decision on whether to move the TSR from Heidelberg to CERN.

30 years of ISOLDE at the Proton Synchrotron ...