CERN had a major presence at the ESOF2016 conference this week, largely in collaboration with our partners in EIROforum 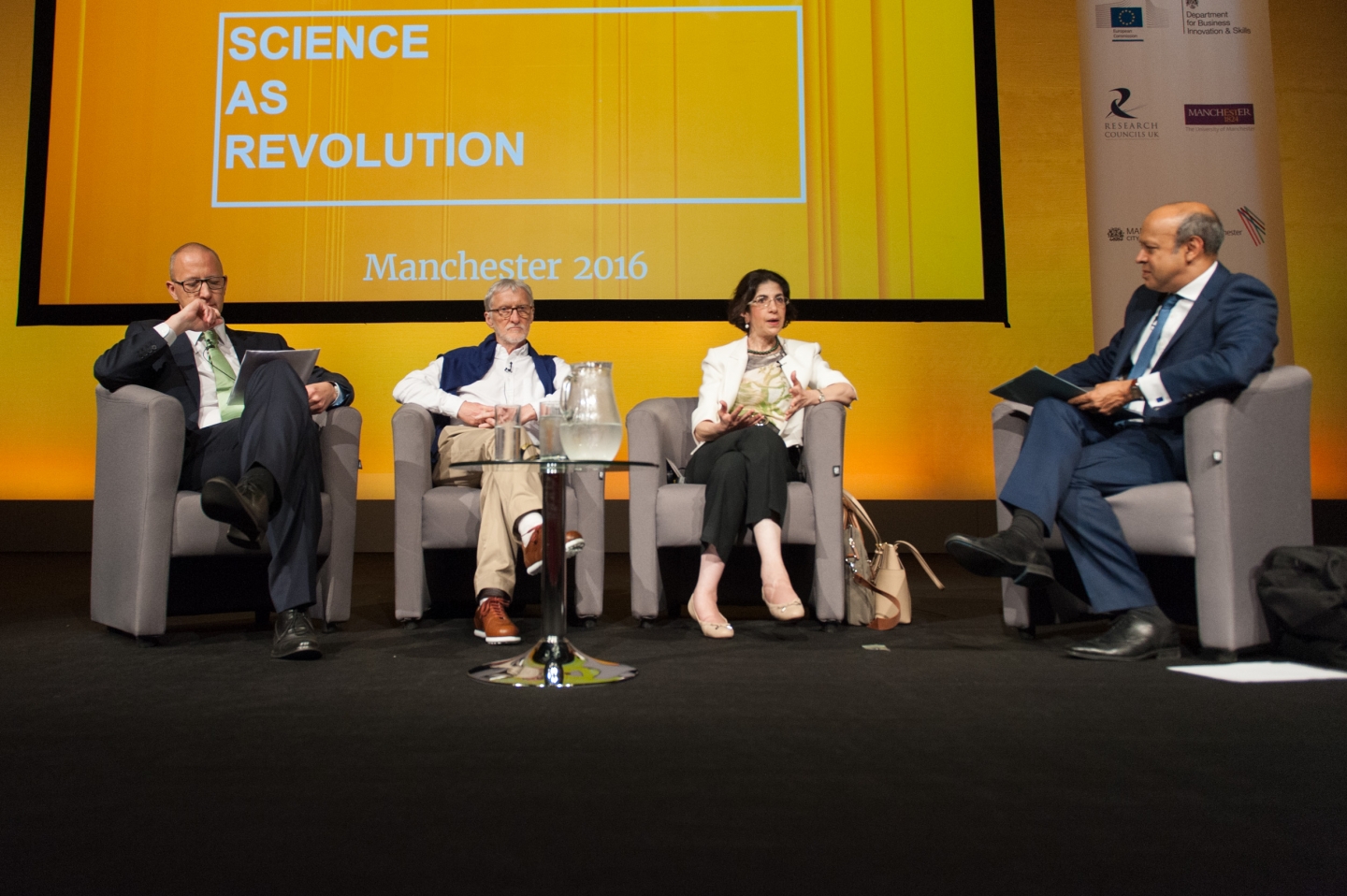 CERN had a major presence at the ESOF2016 conference this week, largely in collaboration with our partners in EIROforum. A keynote session featuring CERN Director General, Fabiola Gianotti, EMBL Director General, Iain Mattaj, and ESO Director for Science, Rob Ivison, chaired by BBC science correspondent, Pallab Ghosh, debated the value of European collaboration in science. A double session covered the science of the EIROs, with ATLAS physicist, Claire Lee, representing CERN, and there was a session exploring the ways that the EIROforum organisations create business value locally, with Knowledge Transfer Group Leader, Giovanni Anelli, representing CERN.

The focal point of EIROforum’s presence was a stand highlighting the societal benefit of EIROforum science. Side events linked to the stand discussed subjects such as working at the EIROs, business opportunities with the EIROs, and technological innovation at the EIROs. During her day in Manchester, the Director General took time out for Pi(e) with the Prof, a chance for young researchers at the start of their careers to meet leading researchers in an informal setting.

SESAME was also present at ESOF. With the SESAME main ring nearing completion in Jordan, the laboratory is on the verge of starting its research programme. The main ring magnets and power supplies were provided under the EC-funded CESSAMag project coordinated by CERN. A keynote session discussed the scientific and diplomatic opportunities that SESAME opens up for the region and its neighbouring countries.