CERN scientists take to the streets for PopScience 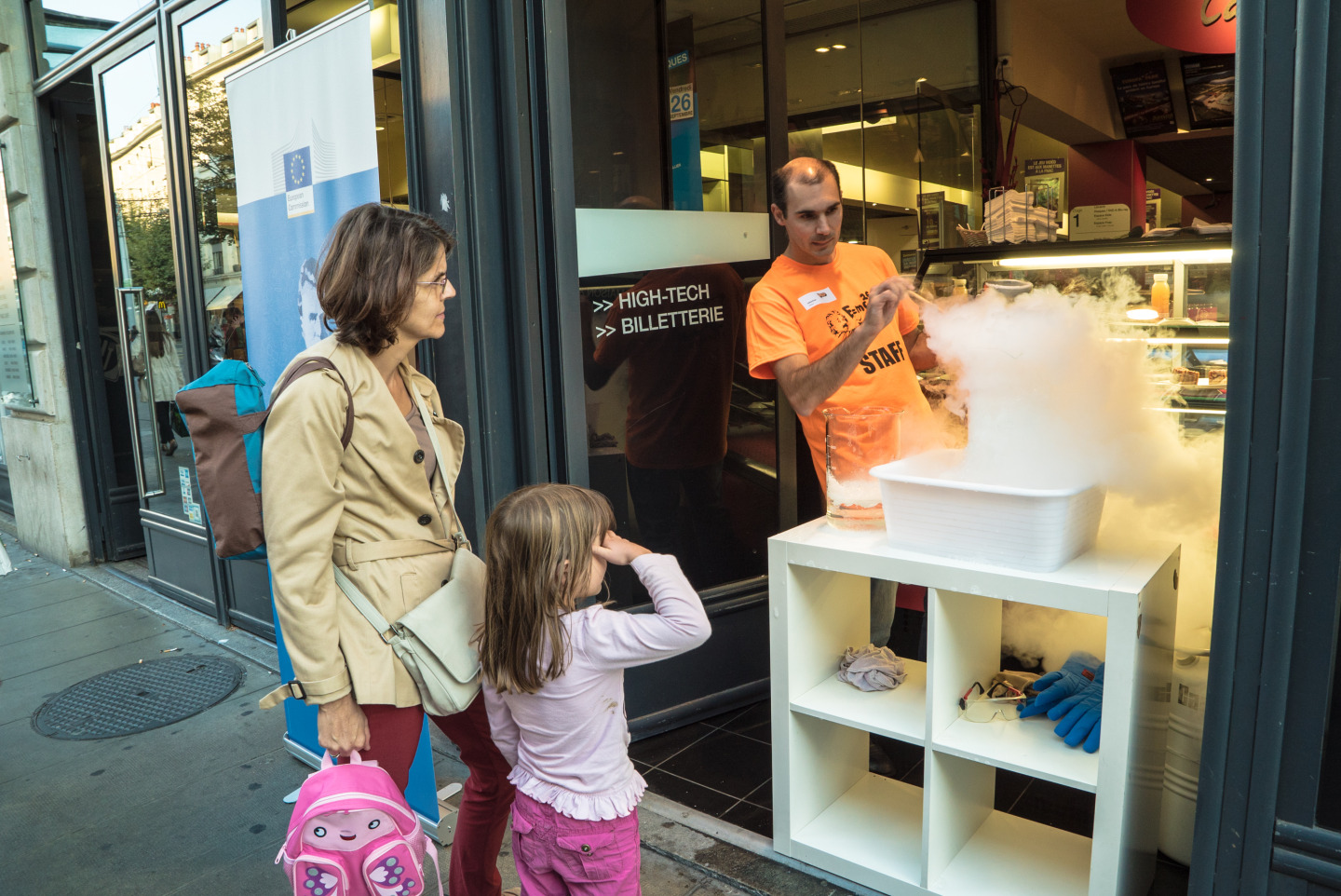 Every year, on the last Friday in September, 300 cities in Europe celebrate European Researchers’ Night, a chance for researchers to show people their work with interactive science shows, workshops and talks. CERN researchers have been no exception, from opening the control rooms to student visitors to hosting a night of Origins, CERN has been active in European Reseachers’ Night activities for many years. This year was no exception. CERN researchers hit the streets of downtown Geneva with “PopScience”, an event that promised to bring science to everyone through a mix of talks, poetry, and, of course, liquid nitrogen and even marshmallows.

CERN researchers left their laboratory behind and headed to the Geneva store, FNAC, to showcase their work through “Ask a Researcher” discussions and “Drôle de Physique” science shows, which attracted new audiences to the work going on at CERN.

Hubert Reeves and Michel Spiro animated one of the eight cafés scientifiques on the programme, organized by CERN with the University of Geneva at the FNAC Urban Café and the Théâtre de la Madeleine in Geneva, as well as the Théâtre du Bordeau in St Genis, in neighbouring France, attracting a total of 1000 visitors.

Are you inspired to write your own poetry about science, if so, the PopScience poetry competition is open until 30 October.