Last month, indie rockers Deerhoof battled with the noise of CERN’s magnet test facility in honour of the LHC’s ramp up to 13 TeV 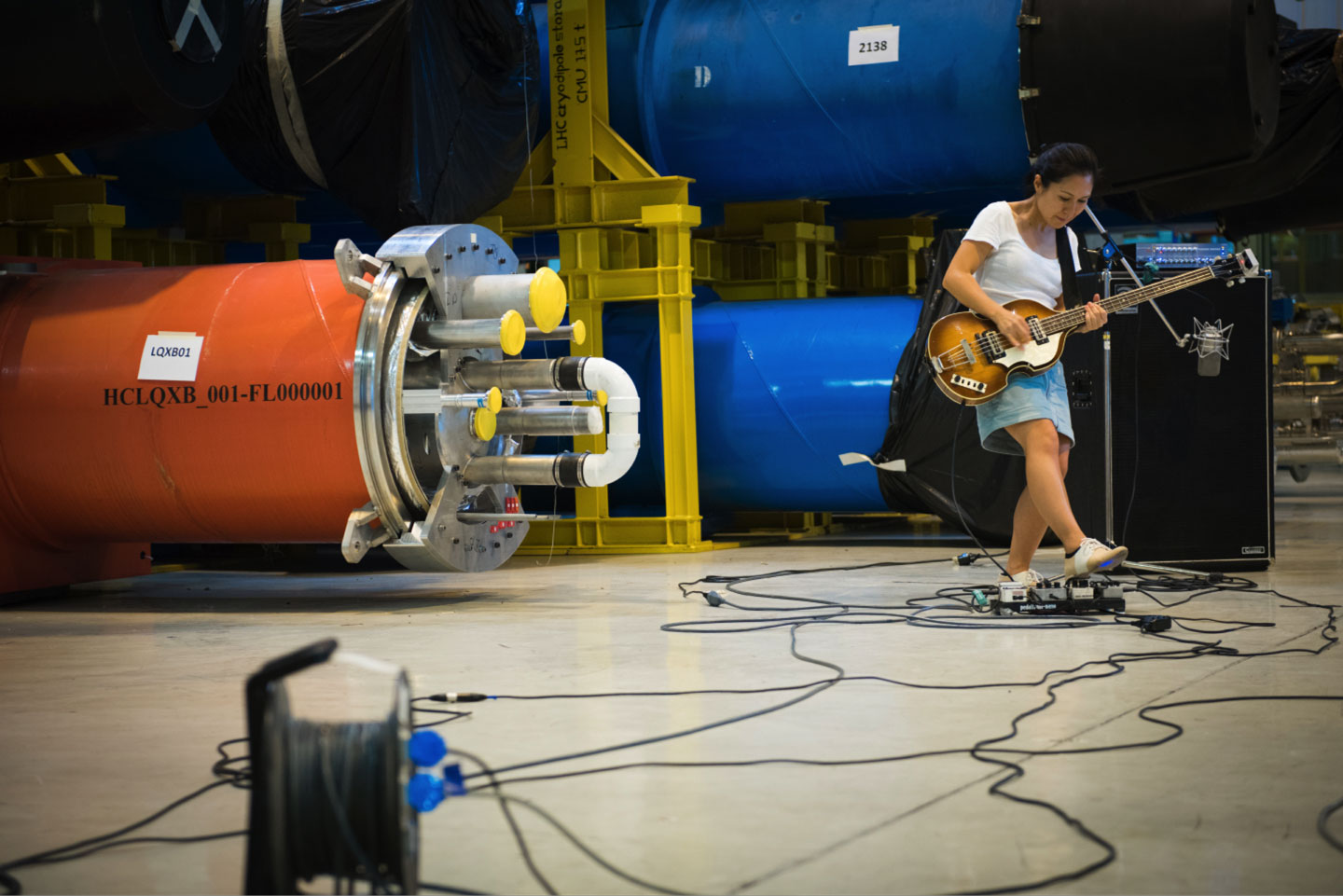 Last month, indie rockers Deerhoof battled with the noise of CERN’s magnet test facility, SM-18 in honour of the LHC’s ramp up to 13 TeV.

The band visited CERN at the invitation of ATLAS physicist James Beacham, whose project Ex/Noise/CERN collides experimental music artists with experimental particle physics. Deerhoof was invited to draw inspiration from CERN physics and create impromptu musical arrangements amongst CERN equipment – in the facility where all of the LHC’s superconducting magnets were tested before being installed underground.

“Ex/Noise/CERN is about exploring the unknown,” says Beacham. “During Run 2 of the LHC, we’re not sure what we’ll find – extra Higgs bosons, dark matter, cracks in the Standard Model – and when we brought Deerhoof to CERN, we weren’t sure what they’d do in SM-18. But like the best scientists, they were curious, daring and embraced the unknown – with spectacular results.”

As part of their time at CERN, the band visited the Synchrocyclotron, peeked in on the action in the ATLAS Experiment Control Room, and were interviewed by ATLAS physicists Tova Holmes and Larry Lee for their In Particular podcast. For the upcoming episode, the band members spoke about their experience – what they learned about physics and how this sparked their day-long musical experimentation, next to the equipment that makes the science at CERN possible every day.

Check out this video of the very noisey experiment, put together with the help of many volunteers at CERN during downtime over a weekend, including detailed attention from visual media team members Noemi Caraban, Piotr Traczyk, Yann Tadeusz Krajewsk, and Philippe More, with sound capture by Swiss audio engineer Serge Morattel. Particle physics and the arts are inextricably linked; find out more about the arts programme at CERN here.

Arts at CERN and Pro Helvetia launch an open ...