News from the CERN Council

Among other decisions, the appointment of Fabiola Gianotti as next CERN Director-General was formalised by a unanimous vote of Council 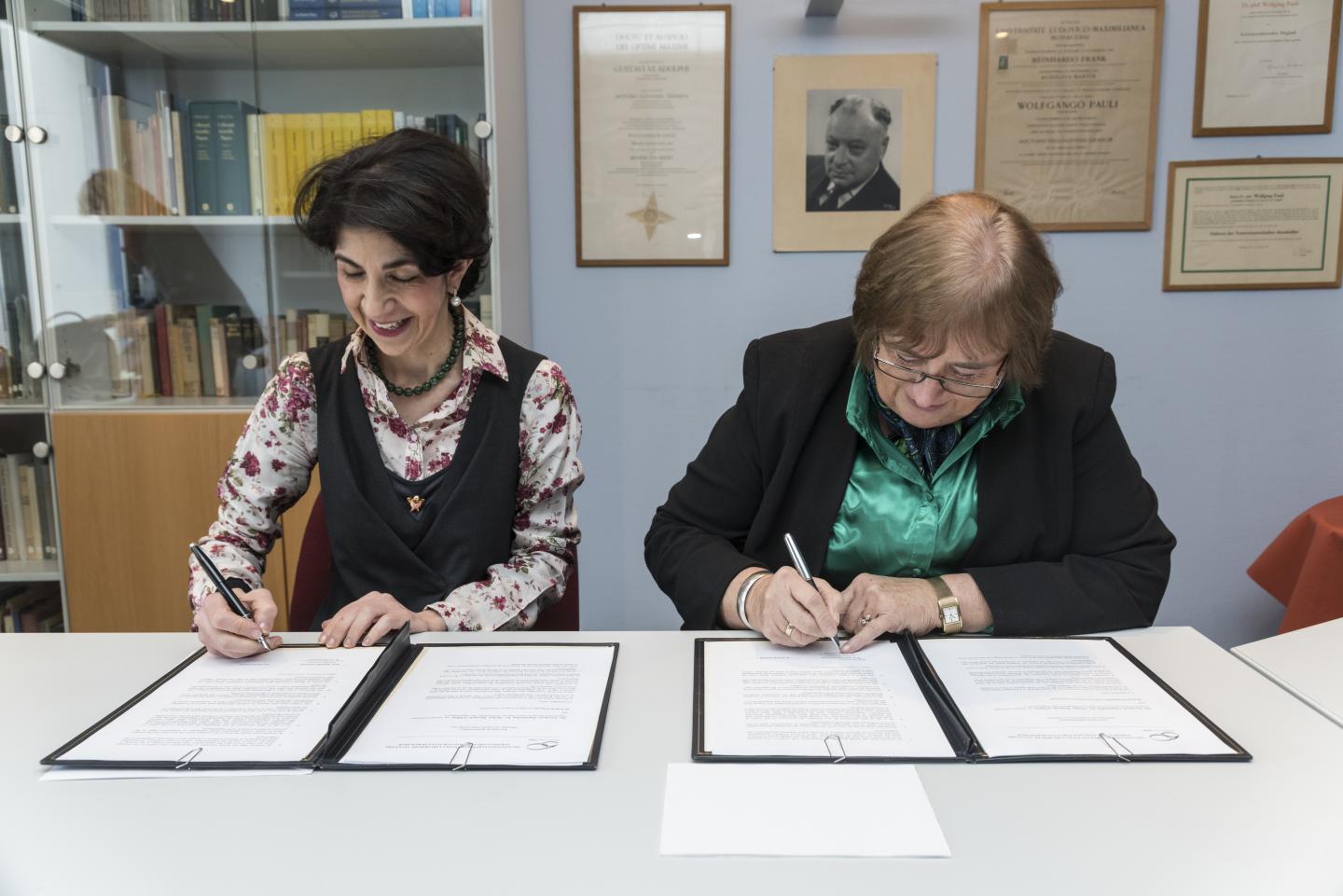 During its 174th session, the CERN Council confirmed Agnieszka Zalewska in her position of President of the CERN Council for a further year. Walter Van Doninck was also re-elected as Vice President of Council, Charlotte Jamieson as Chair of the Finance Committee and Tatsuya Nakada as Chair of the Scientific Policy Committee, all for one year. Bernard Dormy was re-elected as Chair of the Tripartite Employment Conditions Forum, TREF, for three years. Full membership of Council and its committees will be published on the Council website. Thierry Lagrange was appointed ad-interim Chief Executive of the CERN pension fund until 31 December 2016 at the latest.

The appointment of Fabiola Gianotti as next CERN Director-General was formalised by a unanimous vote of Council.  Her five-year mandate will start on 1 January 2016. In the interim period, she will be working closely with CERN’s current Director-General, Rolf Heuer, to ensure a smooth transition.

Council welcomed the Joint Institute for Nuclear Research, JINR, for the first time as an Observer to Council as part of a reciprocal arrangement that also sees CERN becoming an Observer at JINR.  Founded as an international organisation two years after CERN at Dubna near Moscow, JINR soon forged a close partnership with CERN that saw exchanges of personnel and equipment throughout the cold war and beyond.

Council agreed to proceed towards Associate Membership for Pakistan, and the Director-General will be travelling to Islamabad before the end of the year to sign the accession documents, which will be subject to ratification. Pakistan’s formal association with CERN dates back to 1994, when a first collaboration agreement was signed. Today, Pakistan is involved with the four major LHC experiments and with accelerator R&D, and is host to a WLCG tier-2 computing centre. Collaboration agreements have also been concluded with Albania, Mongolia and Bangladesh, focusing on capacity building.

CERN Director for Accelerators and Technology, Frédérick Bordry, delivered the seventh and final report on the LHC’s first long shutdown, LS1. LS1 was conducted under the mantra of ‘safety first’, and has concluded with an exemplary safety record. As 2014 comes to a close, the whole accelerator chain upstream of the LHC is back in operation, with recommissioning of the LHC proceeding on schedule. One LHC sector has successfully been ramped to the equivalent of the run 2 operating beam energy of 6.5 TeV and all sectors are at liquid helium temperature. Sergio Bertolucci, Director for Research and Computing, went on to report on the impressive amount of work that has been carried out on the LHC detectors throughout LS1 and the readiness of the Worldwide LHC Computing Grid for run 2.

The Council week was an opportunity for members of Council to inaugurate the IdeaSquare building on 9 December. This new initiative of CERN’s Development and Innovation Unit brings together researchers, engineers, people from industry and young students to actively take CERN technology to society. Inspired by CERN technologies, IdeaSquare projects will build on existing CERN R&D activities.