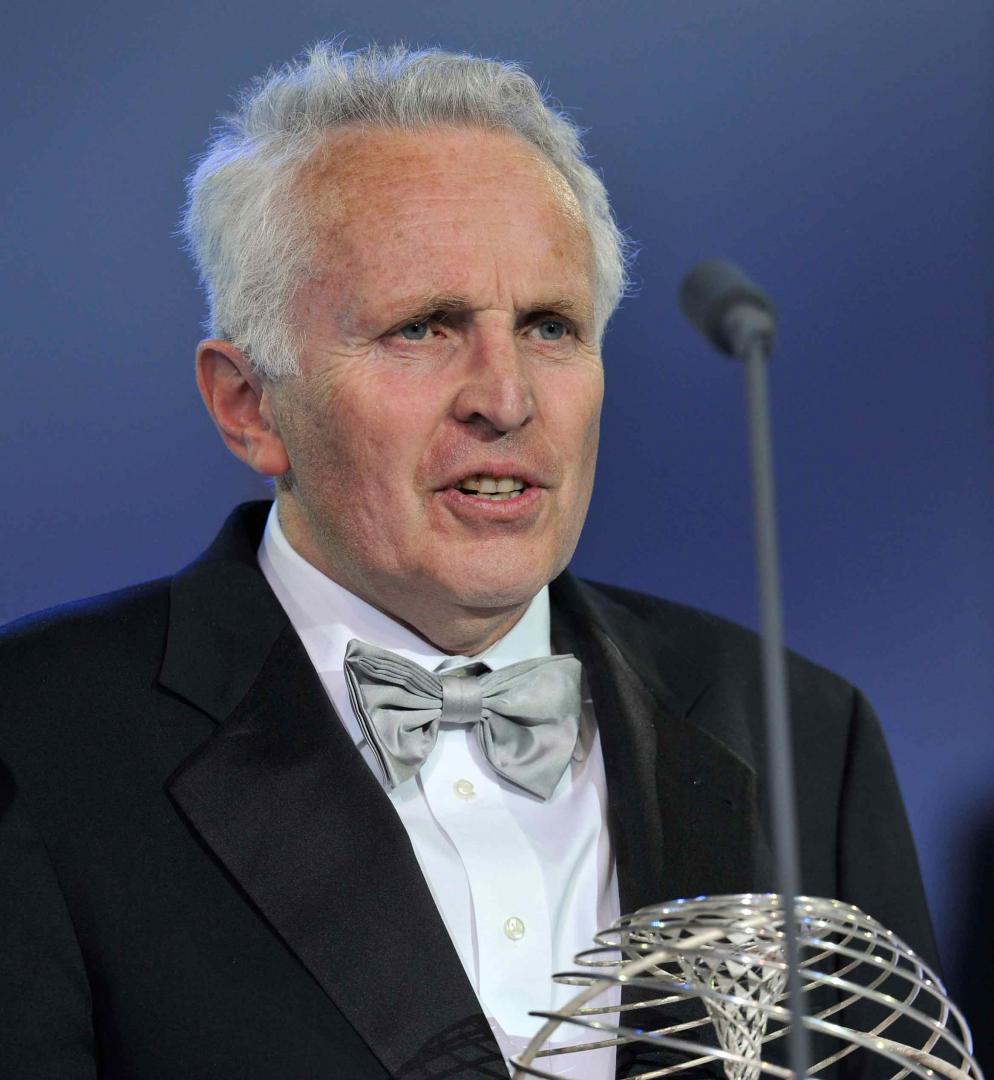 The $3 million Fundamental Physics Prize was awarded last night to theorist Alexander Polyakov of Princeton University, for his many discoveries in field theory and string theory.

Polyakov was chosen from among five laureates of the Physics Frontiers Prize, which recognizes achievements that push forward the boundaries of physics. He warmly thanked Princeton University and his former place of work, the Landau Institute in Moscow, for "tolerating" what he called the eccentric way in which he does physics.

Polyakov's discoveries in theoretical physics include the conformal bootstrap, magnetic monopoles, instantons, confinement and de-confinement, the quantization of strings in non-critical dimensions, gauge/string duality and many others.

At a ceremony in Geneva, Switzerland, last night, Polyakov said he was "bewildered and overwhelmed" to receive the prize.

Russian technology-investor Yuri Milner launched the $27 million Fundamental Physics Prize Foundation in July last year to recognize advances in physics. The foundation awards $3 million every year to researchers in fundamental physics, who are then invited to select recipients of future prizes.

The Schools Challenge: time to open the boxes...

Pre-registration for the Higgs anniversary sy...