A campus-wide Wi-Fi service for CERN

Improvements are coming to CERN’s Wi-Fi service as connectivity is improved in offices, restaurants and meeting rooms 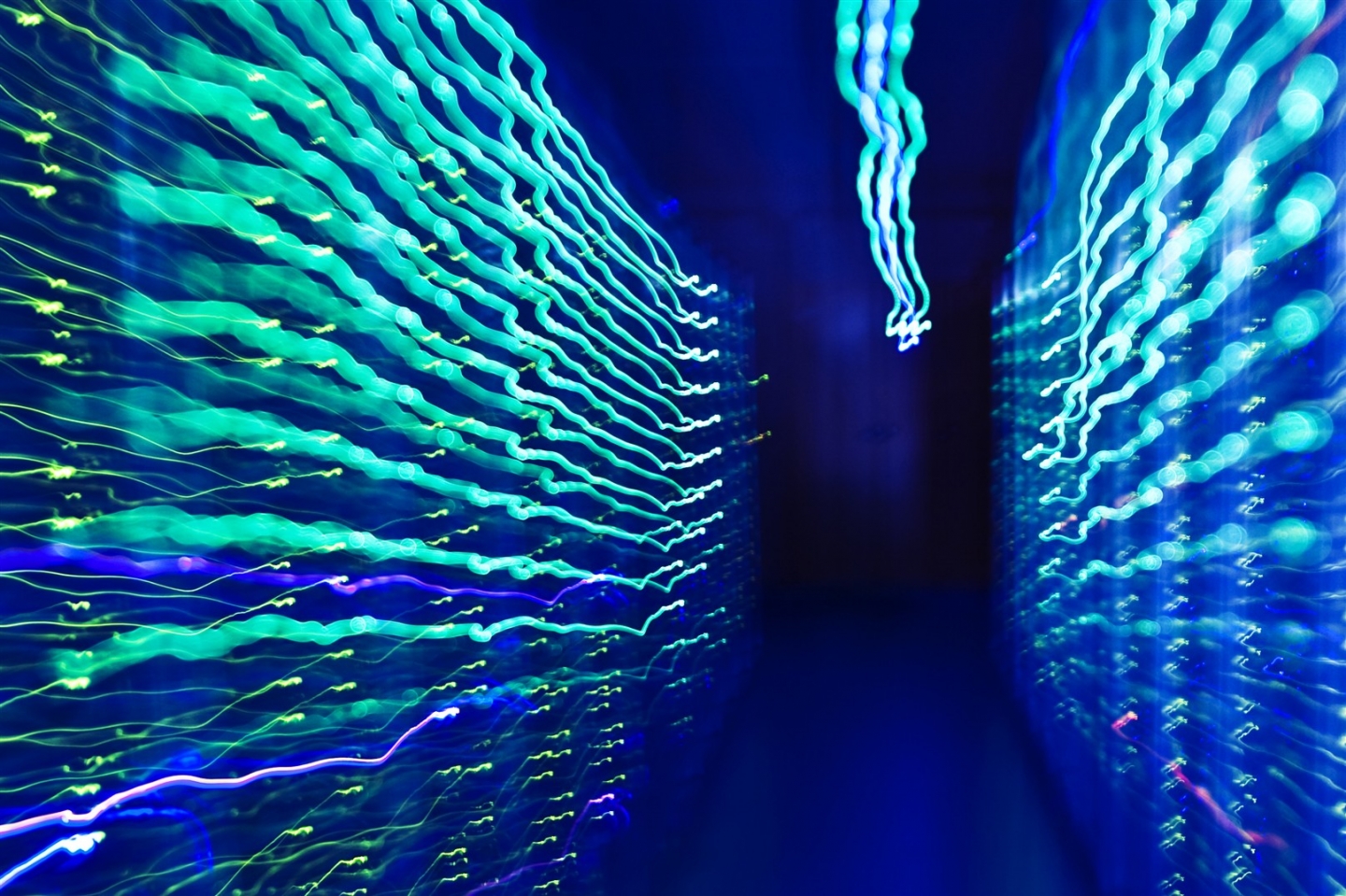 All Wi-Fi traffic will be routed via central controllers in CERN’s Computer Centre to provide a better managed service. (Image: Veronika McQuade/CERN)

The IT department’s Communication Systems group has provided Wi-Fi connectivity at CERN for many years now but with a focus on meeting rooms, auditoriums and informal meeting places such as the restaurants. Although some buildings have Wi-Fi coverage in offices, most do not and CERN’s Wi-Fi service is lagging behind the demand driven by the growing number of tablets, lightweight laptops and other wireless-only devices.

Furthermore, the current network infrastructure can’t cope with the many devices in the Main Auditorium during events such as the recent LIGO announcement and it often has difficulty handling the demand at Restaurant 1 during lunchtimes. The wireless access points deployed today also have difficulty providing coverage in Building 40, due to its reinforced concrete walls and the circular open space.

Improvements are coming!
Fortunately, the CERN Management recently approved a proposal to provide full Wi-Fi coverage across CERN. Instead of the standalone Wi-Fi access points we have today, the IT-CS group will be installing new, centrally managed access points, which support the latest Wi-Fi standard, 802.11ac “Wave 2”, in conference rooms and throughout office buildings. The new access points will be installed every three offices, providing effective coverage for everybody, with each access point easily capable of supporting up to 10 clients at the same level of performance as the wired network connections in offices today.

Having all the Wi-Fi traffic routed via the central controllers in the Computer Centre means we can finally fix the problems in Restaurant 1 at lunchtimes or during popular events in the main auditorium. Vincent Ducret, the Network Engineer responsible for the Wi-Fi service, explains: “In future, we’ll have one big pool of IP addresses for all of CERN rather than lots of little pools for each building. So when people are in Restaurant 1 for lunch, they’ll be able to get an IP address just as easily as if they were in their office.”

Also, as the IP addresses won’t be linked to location, you will be able to move around within the Wi-Fi coverage area without losing your network connection. No more frustration as connections break and web downloads stop when you move between your office and a meeting room! In some cases, outdoor coverage will also be provided, for example for the busy routes between Building 40 and the Main Building or between Building 774 and the CERN Control Centre.

Managing all of the user connections and routing the traffic centrally means that we will finally be able to introduce a proper “guest” Wi-Fi network at CERN. Short-term visitors will be able to quickly establish a network connection, identifying themselves by means of a code sent to a mobile phone without needing to wait for a contact at CERN to approve their request. Computer security will also be improved as users connected to this “guest” Wi-Fi network will not be able to access most resources at CERN; although they will of course be able to connect to the Internet to, for example, browse the web and read e-mail directly or via a VPN connection. Naturally, the eduroam service will remain, enabling trusted academic visitors to establish a full connection to CERN’s network environment just as they can today.

As well as managing user connections, the central controllers will also actively manage the access points, another big change from today’s configuration, where each access point is independent. This will help greatly with the situation in Building 40 where, as Adam Sosnowski, a fellow involved in preparing the proposal to deploy a campus-wide Wi-Fi service, explains: “In addition to installing many more access points — 200 instead of the 60 we have today — we need to manage the radio transmissions from each access point to avoid interference, for example across the central space.”

When will the new service be available?
“At the moment, we’re studying where best to place the new access points for optimal coverage,” explains Aurélie Pascal, leader of the Wi-Fi Service Enhancement Project, “and installing the necessary network cabling. Deployment of the new access points should start in early 2017 and we aim to complete the project by the beginning of LS2.”

New cabling is needed both because the existing structured cabling is in the wrong place and because it only supports a maximum bandwidth of 1 Gbps, well below the capabilities of the new access points. Unfortunately, cable installation inevitably leads to noise, dust and inconvenience. Having all the cable installation work done outside working hours would be prohibitively expensive but care is being taken to minimise disruption, for example by grouping all the drilling so the noise is over and done with as soon as possible rather than being spread throughout the work. The project team also collaborates with the Territorial Safety Officer during the planning of the work in each building to ensure, for example, that noisy work is suspended during important meetings. And don’t be surprised if you see a network socket being installed in every office: even if all the sockets aren’t needed now, they might be in future; installing all the sockets now will avoid possible disruption later.

Full technical details about the project are available in a video recording of an IT Technical Forum presentation.

All in all, the Wi-Fi service should soon be fully up-to-date and able to cope with today’s mobile computing devices! We hope the improved service will be worth the wait and will more than compensate the disruption during the installation work, especially for the new cabling.

The new Wi-Fi network being installed at CERN minimises the emission of non-ionising radiation.

CERN’s new campus-wide Wi-Fi network, for which cabling has just been installed, will improve coverage throughout the Laboratory by using a higher number of lower power installations. This gives more uniform coverage, while at the same time minimising the emission of non-ionising radiation.

Non-ionising radiation (NIR) comprises any type of radiation that does not carry enough energy to ionise atoms or molecules. It includes electrical power distribution systems, infrared radiation, which we experience in the form of heat, microwave radiation and radio waves as well as Wi-Fi. The modern world is completely reliant on NIR. Without it, there would be no electricity distribution, no air traffic control, no television, radio or microwave ovens. Even humans emit non-ionising radiation in the form of heat.

Human exposure to NIR is subject to strict regulation. The International Commission on Non-Ionising Radiation Protection (ICNIRP) considers that exposure below the level that causes heating of the body is unlikely to be associated with adverse health effects, and the power limits for the operation of Wi-Fi base stations are thousands of times lower than the level that would be needed to cause such heating. Our existing installations are already comfortably below this limit, and the new installations will be lower still.

Many studies on the health effects of ambient NIR have been carried out, all concluding that the technology is safe. Some of these reports can be found here and here.

25 years of the Internet Society