This month in 1991: The web spreads beyond CERN

Twenty-one years ago this month, physicists at the Stanford Linear Accelerator Center (SLAC) installed the first web server outside of Europe 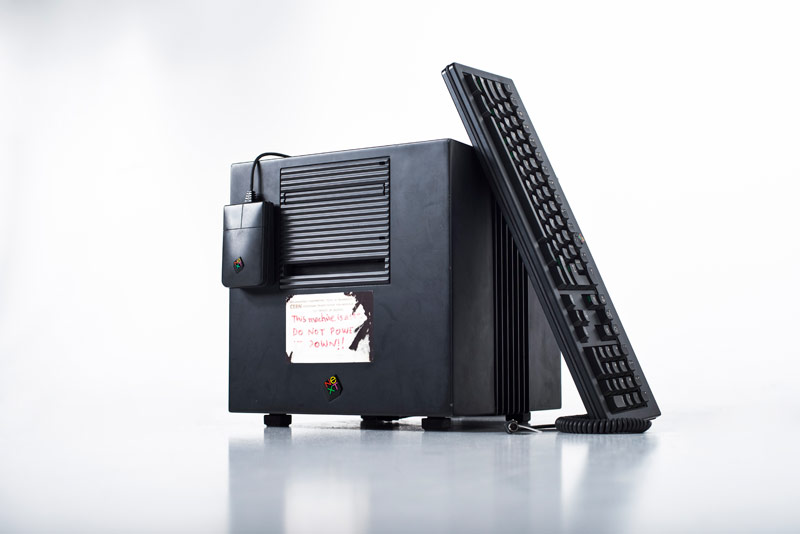 The world's first web server, Tim Berners-Lee's NeXT machine at CERN. The hand-written sticker reads: "This machine is a server. DO NOT POWER DOWN!" (Image: CERN)

Twenty-one years ago this month, physicists at the Stanford Linear Accelerator Center (SLAC) in California installed the first web server outside of Europe. The move marked the beginning of the global reach of the World Wide Web, a key point in the history of digital communications.

Tim Berners-Lee and Robert Cailliau developed the world's first browser,"WorldWideWeb" at CERN in 1990. In November that year, they presented a new coding language called hypertext to CERN colleagues. A month later, Berners-Lee and Cailliau used WorldWideWeb software for the first communication between a web client and a server over the internet. The machine at SLAC used the same software to serve several pages, including a phonebook and preprints of papers on high-energy physics.

The world's first ever website and server, info.cern.ch, ran on a NeXT computer at CERN. The first web page address was http://info.cern.ch/hypertext/WWW/TheProject.html, which centred on information regarding the WorldWideWeb project itself. Visitors could learn more about hypertext, technical details for creating their own webpages, and even an explanation on how to search the web for information. There are no screenshots of this original page and, in any case, changes were made daily to the information available on the page as the WorldWideWeb project developed. You may find a later copy, from 1992, on the World Wide Web Consortium website.

The web at CERN grew from info.cern.ch include a phonebook, high-energy physics papers, and general information about the experiments at the laboratory. Today CERN hosts over 10,000 websites, helping to keep a global community of physicists connected.

Computer security: Room at the top

CERN welcomes INFN and IIT as new members of ...