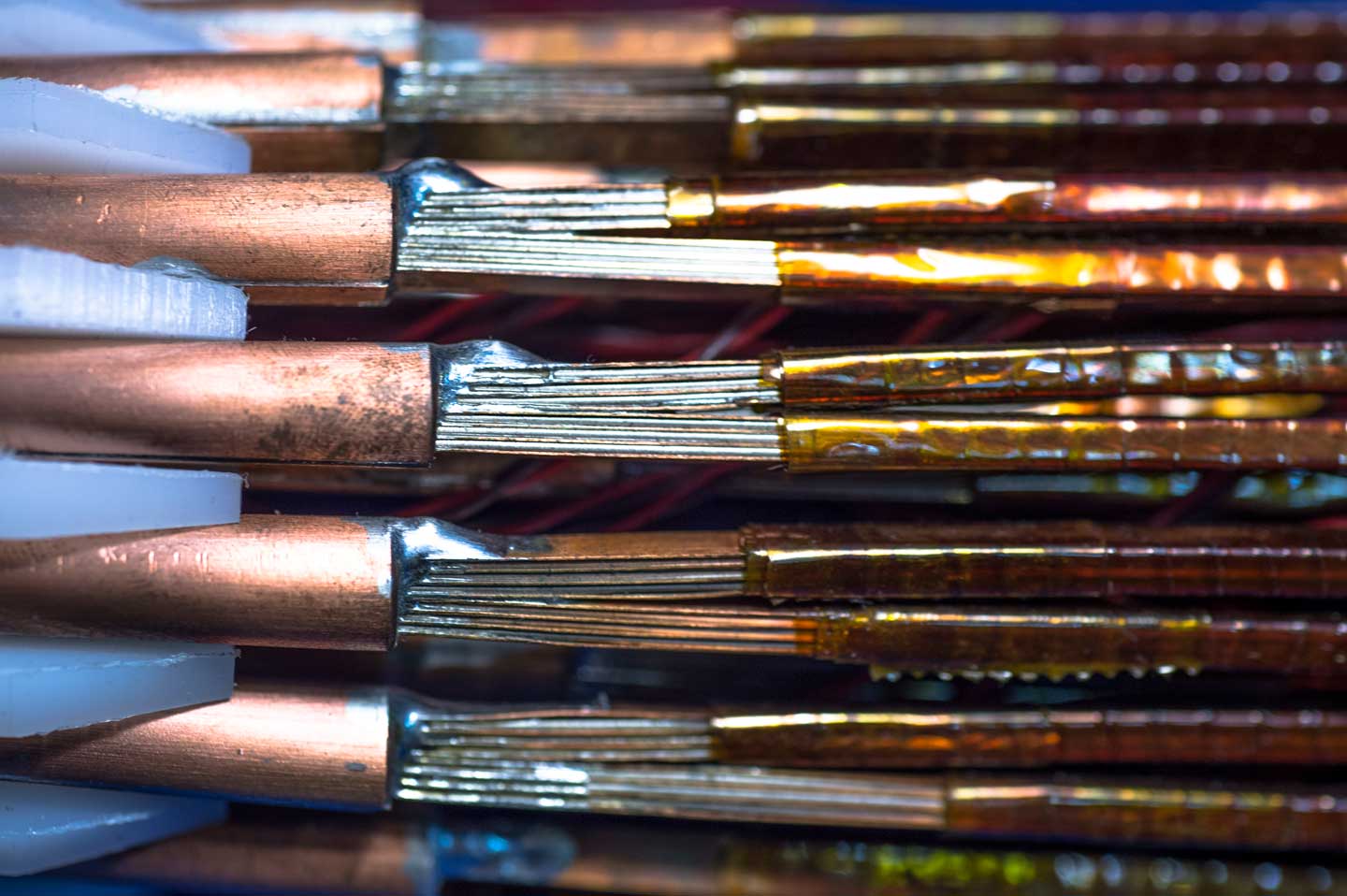 New superconducting links developed to carry currents of up to 20,000 amperes are being tested at CERN (Image: CERN)

A longer version of this article first appeared on the CERN Courier website.

As the LHC nears the end of its first long run – from March 2010 to March 2013 – work towards the proposed first major upgrade is gathering speed. Around 2020, the LHC could extend its potential for discovery through a fivefold increase in luminosity beyond the design value, in a new configuration called the High Luminosity LHC (HL-LHC).

The past year has seen some major developments in superconducting technologies for the HL-LHC. The plans include magnets based on niobium-tin superconductor, which can reach higher magnetic fields than the existing structures based on niobium-titanium. Such magnets have already been successfully tested in the US. Prototypes for different designs of special radiofrequency cavities to rotate bunches of particles before they collide are being tested in the UK and US as well as at CERN. To relocate equipment away from the LHC tunnel, new superconducting links developed to carry currents of up to 20,000 amperes are being tested at CERN.

Towards the end of 2012, two meetings provided the opportunity for people involved at these accelerator frontiers to review progress and plan future activities, not only within their institutes around the world, but also with industrial partners. In November, the 2nd Joint HiLumi LHC-LARP Annual Meeting brought together experts from the HiLumi LHC Design Study, the US LHC Accelerator Research Program, Japan and Russia. The following month, a workshop on “Superconducting technologies for next-generation accelerators” took place at CERN; the aim, to explore the technical challenges emerging from the design of new accelerators and to match them with state-of-the-art industrial solutions.

The HL-LHC project, which could be approved by CERN Council in June in the context of the updated European Strategy for Particle Physics, would yield up to ten times as many collisions per year as occurred in 2012.