The comparison, published today in <em>Nature Physics</em>, conﬁrms a fundamental symmetry of nature to an unprecedented precision for light nuclei 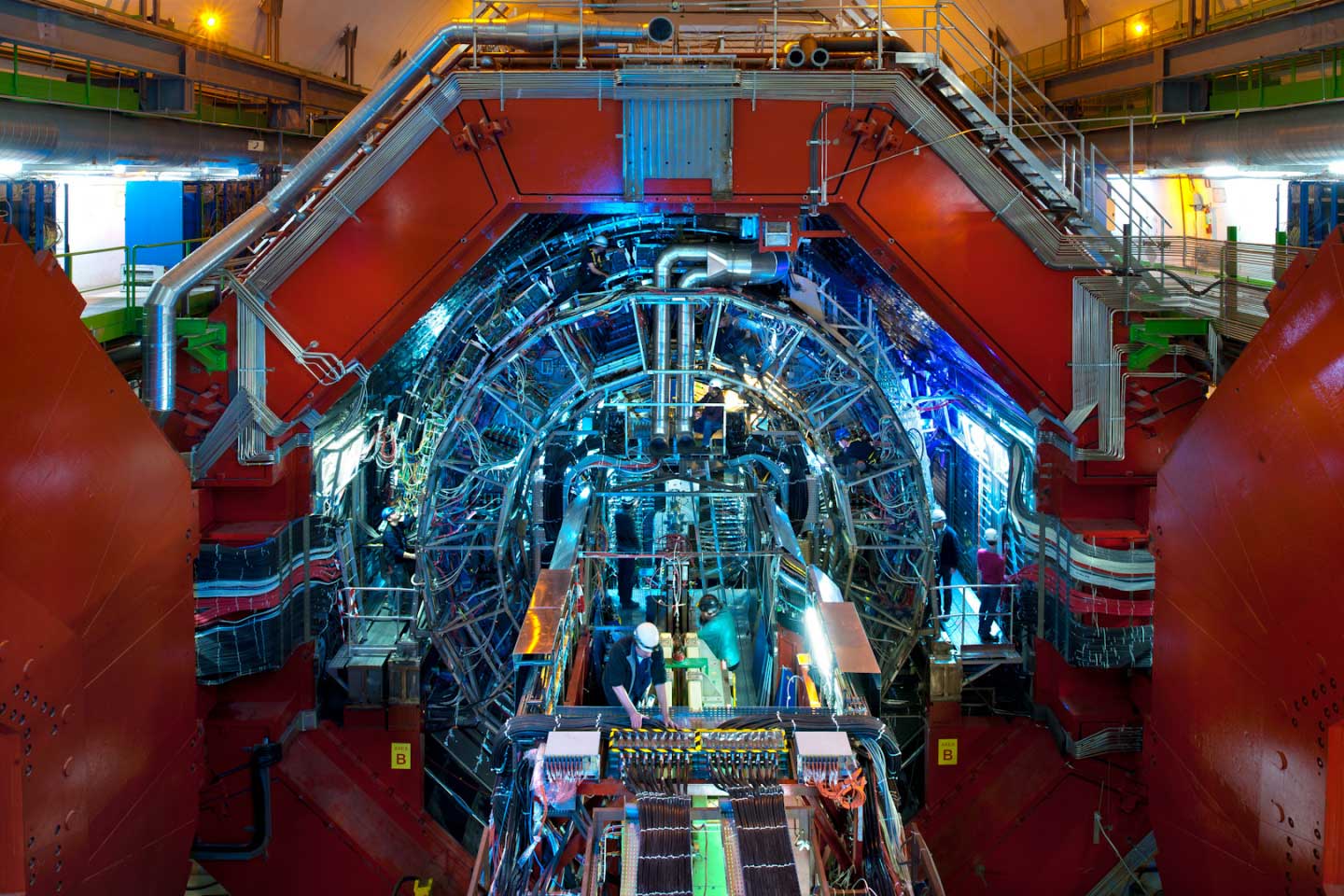 The ALICE experiment at the Large Hadron Collider (LHC) at CERN has made a precise measurement of the difference between ratios of the mass and electric charge of light nuclei and antinuclei. The result, published today in Nature Physics (10.1038/nphys3432), conﬁrms a fundamental symmetry of nature to an unprecedented precision for light nuclei. The measurements are based on the ALICE experiment’s abilities to track and identify particles produced in high-energy heavy-ion collisions at the LHC.

The ALICE collaboration has measured the difference between mass-to-charge ratios for deuterons (a proton, or hydrogen nucleus, with an additional neutron) and antideuterons, as well as for helium-3 nuclei (two protons plus a neutron) and antihelium-3 nuclei. Measurements at CERN, most recently by the BASE experiment, have already compared the same properties of protons and antiprotons to high precision. The study by ALICE takes this research further as it probes the possibility of subtle differences between the way that protons and neutrons bind together in nuclei compared with how their antiparticle counterparts form antinuclei.

“The measurements by ALICE and by BASE have taken place at the highest and lowest energies available at CERN, at the LHC and the Antiproton Decelerator, respectively,” says CERN Director-General Rolf Heuer. “This is a perfect illustration of the diversity in the laboratory’s research programme.”

The measurement by ALICE comparing the mass-to-charge ratios in deuterons/antideuterons and in helium-3/antihelium-3 conﬁrms the fundamental symmetry known as CPT in these light nuclei. This symmetry of nature implies that all of the laws of physics are the same under the simultaneous reversal of charges (charge conjugation C), reﬂection of spatial coordinates (parity transformation P) and time inversion (T). The new result, which comes exactly 50 years after the discovery of the antideuteron at CERN and in the US, improves on existing measurements by a factor of 10-100.

The ALICE experiment records high-energy collisions of lead ions at the LHC, enabling it to study matter at extremely high temperatures and densities. The lead-ion collisions provide a copious source of particles and antiparticles, and nuclei and the corresponding antinuclei are produced at nearly equal rates. This allows ALICE to make a detailed comparison of the properties of the nuclei and antinuclei that are most abundantly produced. The experiment makes precise measurements of the curvature of particle tracks in the detector’s magnetic field and of the particles’ time of flight, and uses this information to determine the mass-to-charge ratios for the nuclei and antinuclei.

“The high precision of our time-of-flight detector, which determines the arrival time of particles and antiparticles with a resolution of 80 picoseconds, associated with the energy-loss measurement provided by our time-projection chamber, allows us to measure a clear signal for deuterons/antideuterons and helium-3/antihelium-3 over a wide range of momentum”, says ALICE spokesperson Paolo Giubellino.

The measured differences in the mass-to-charge ratios are compatible with zero within the estimated uncertainties, in agreement with expectations for CPT symmetry. These measurements, as well as those that compare the protons with antiprotons, may further constrain theories that go beyond the existing Standard Model of particles and the forces through which they interact.