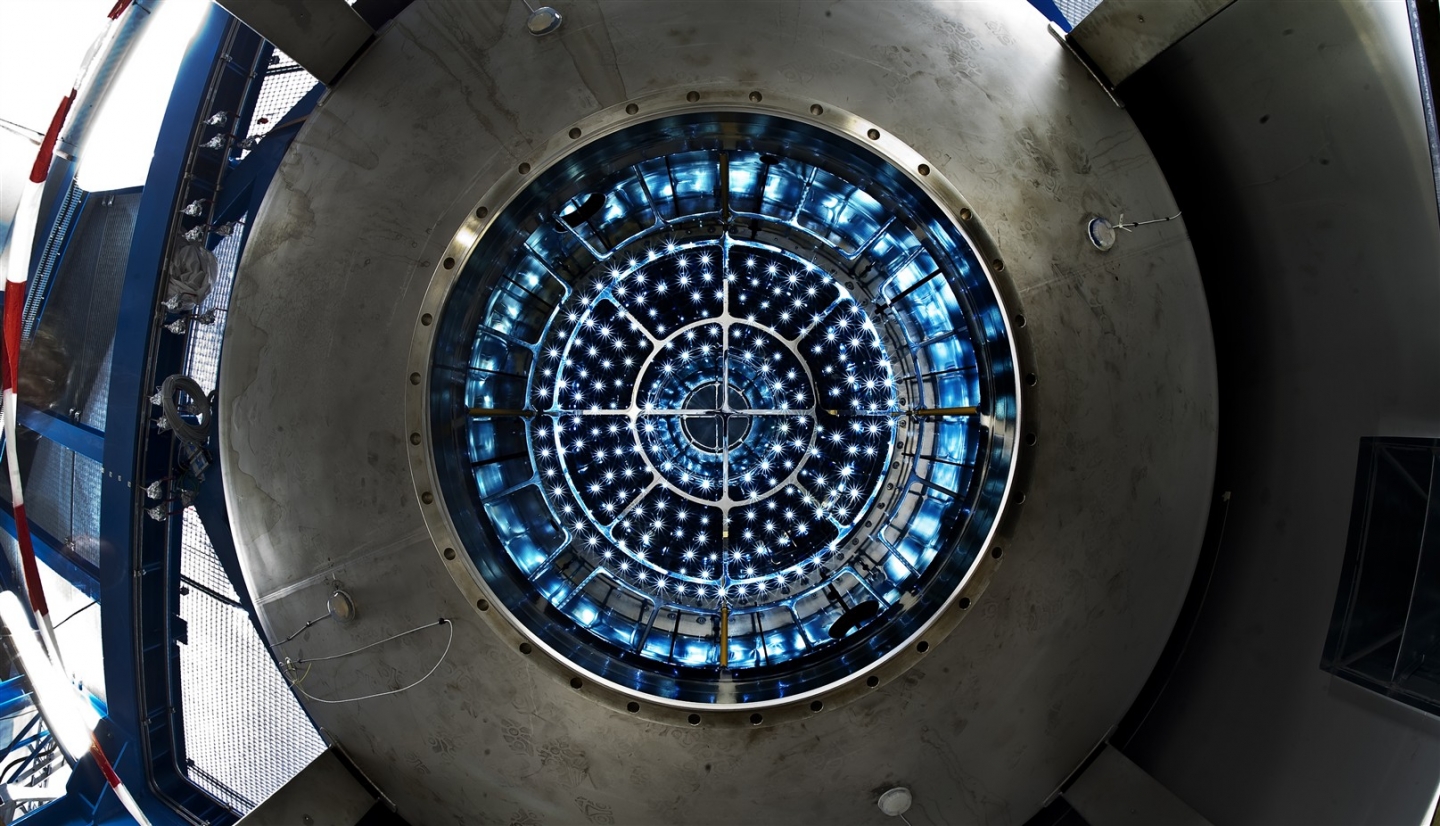 Data from CLOUD has been used to build a model of aerosol production, which could help researchers establish the main cause of new particle formation in the troposphere, and narrow predictions for global temperature rise (Image: Maximillien Brice/ CERN)

According to the Intergovernmental Panel on Climate Change, the Earth’s mean temperature is predicted to rise by between 1.5 – 4.5 °C for a doubling of carbon dioxide in the atmosphere, which is expected by around 2050. One of the main reasons for this large uncertainty, which makes it difficult for society to know how best to act against climate change, is a poor understanding of aerosol particles in the atmosphere and their effects on clouds.

To date, all global climate models use relatively simple parameterisations for aerosol production that are not based on experimental data. Now, data collected by CLOUD have been used to build a model of aerosol production based solely on laboratory measurements. This more robust understanding of the nucleation process that gives rise to aerosols has allowed researchers to establish the main causes of new particle formation throughout the troposphere, and could narrow the variation in projected global temperature rise.

“This marks a big step forward in the reliability and realism of how models describe aerosols and clouds,” says CLOUD spokesperson Jasper Kirkby. “It’s addressing the largest source of uncertainty in current climate models and building it on a firm experimental foundation of the fundamental processes.”

Aerosol particles form when certain trace vapours in the atmosphere cluster together, and grow to a sufficient size that they can seed cloud droplets. Higher concentrations of aerosol particles make clouds more reflective and long-lived, thereby cooling the climate, and it is thought that the increased concentration of aerosols caused by air pollution since the start of industrial period has offset a large part of the warming caused by greenhouse-gas emissions. Until now, however, an incomplete understanding of how aerosols form has hampered efforts to estimate the total forcing of climate from human activities.

In the latest work, published in Science, researchers built a global model of aerosol formation using CLOUD-measured nucleation rates involving sulphuric acid, ammonia, ions and organic compounds. Although sulphuric acid has long been known to be important for nucleation, the results show for the first time that observed concentrations of particles throughout the atmosphere can be explained only if additional molecules - organic compounds or ammonia - participate in nucleation. The results also show that ionisation of the atmosphere by cosmic rays accounts for nearly one-third of all particles formed, although small changes in cosmic rays over the solar cycle do not affect aerosols enough to influence today’s polluted climate significantly.

“This is a huge step for atmospheric science,” says lead author Ken Carslaw of the University of Leeds, UK. “It’s vital that we build climate models on experimental measurements and sound understanding, otherwise we cannot rely on them to predict the future. Eventually, when these processes get implemented in climate models, we will have much more confidence in aerosol effects on climate.”

CLOUD at CERN reveals a new mechanism behind ...

From cosmic rays to clouds