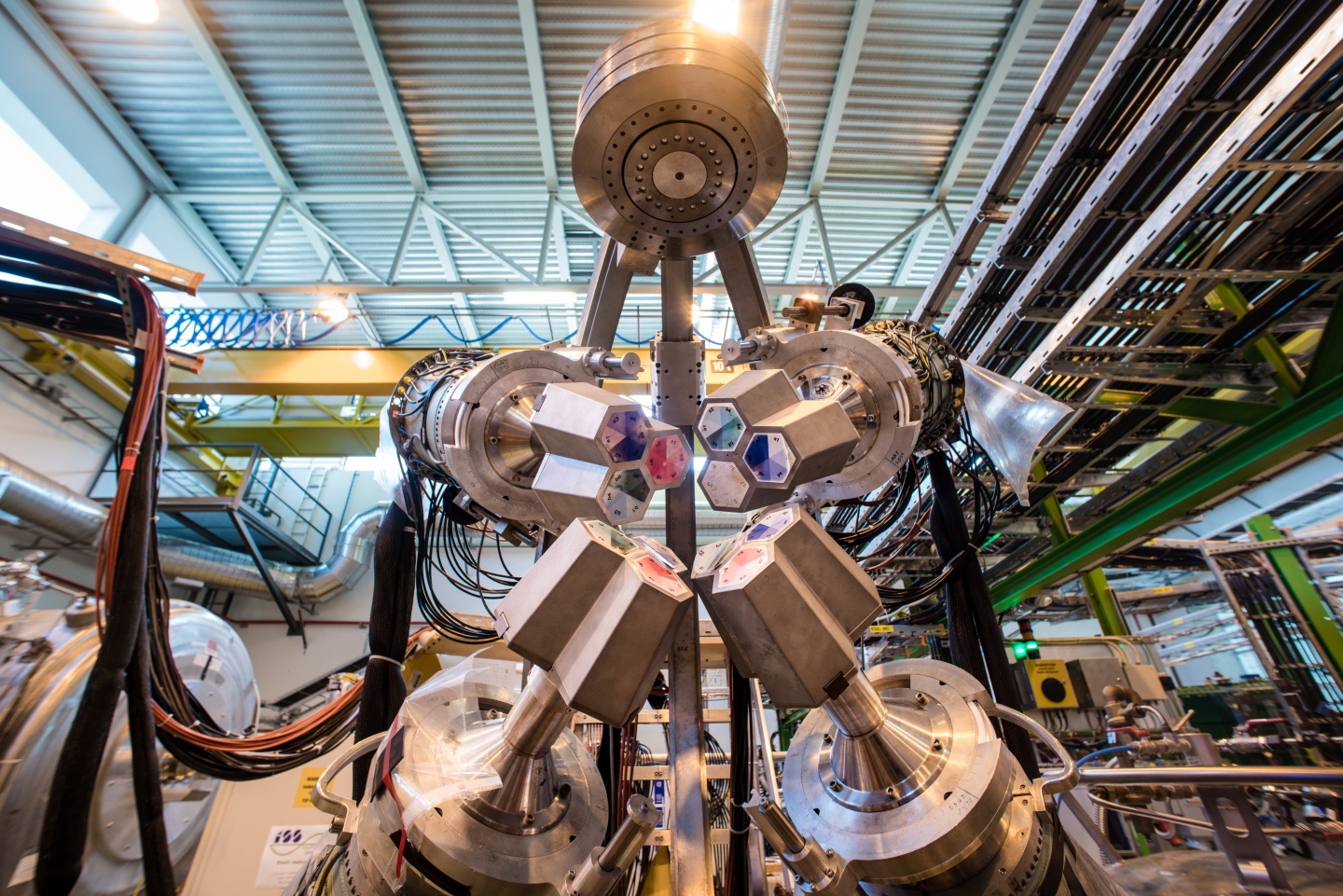 This is the Miniball germanium array, which is using the first HIE-ISOLDE beams for the experiments described below (Image: Julien Ordan /CERN)

For the first time in 2017, the HIE- ISOLDE linear accelerator began sending beams to an experiment, marking the start of ISOLDE’s high-energy physics programme for this year.

The HIE-ISOLDE (High-Intensity and Energy upgrade of ISOLDE) project incorporates a new linear accelerator (Linac) into CERN’s ISOLDE facility (which stands for the Isotope mass Separator On-Line). ISOLDE is a unique nuclear research facility, which produces radioactive nuclei (ones with too many, or too few, neutrons) that physicists use to research a range of topics, from studying the properties of atomic nuclei to biomedical research and to astrophysics.

Although ISOLDE has been running since April, when the accelerator chain at CERN woke up from its technical stop over winter, HIE-ISOLDE had to wait until now as new components, specifically a new cryomodule, needed to be installed, calibrated, aligned and tested.

This higher energy also allows physicists to study the properties of heavier isotopes – ones with a mass up to 200, with a study of 206 planned later this year, compared to last year when the heaviest beam was 142. From 2018, the HIE-ISOLDE Linac will contain four of these cryomodules and be able to reach up to 10 MeV per nucleon.

“Each isotope we study is unique, so each experiment either studies a different isotope or a different property of that isotope. The HIE-ISOLDE linac gives us the ability to tailor make a beam for each experiment’s energy and mass needs,” explains Liam Gaffney, who runs the Miniball station where many of HIE-ISOLDE’s experiments are connected.

The HIE-ISOLDE beams will be available until the end of November, with thirteen experiments hoping to use the facility during that time – more than double the number that took data last year. The first experiment, which begins today, will study the electromagnetic interactions between colliding nuclei of the radioactive isotope Selenium 72 and a platinum target. With this reaction they can measure whether or not the nuclei is more like a squashed disc or stretched out, like a rugby ball; or some quantum mechanical mixture of both shapes.

Nuclear physics at CERN: a hub for interdisci...

30 years of ISOLDE at the Proton Synchrotron ...