Highlights from CERN in 2012

A Higgs-like boson, more new particles and record performance at the LHC: 2012 has been good to CERN 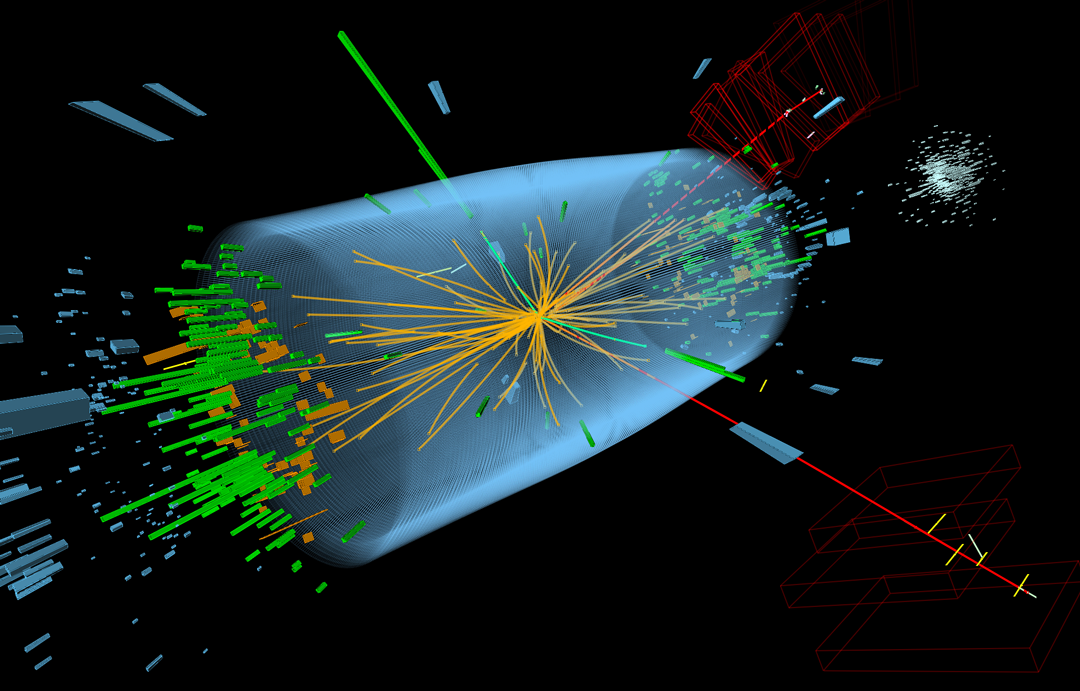 A candidate event in the search for the Higgs boson, showing two electrons and two muons (Image: CMS/CERN)

It's been an important year for physics at CERN. "[This year] will go down in history as marking the first of the LHC's major discoveries, a defining moment in the history of science," says Director-General Rolf Heuer in his end-of-year message to CERN people.

On 4 July the ATLAS and CMS collaborations announced that they had both observed a new particle, consistent with the long-sought Higgs boson. "Though we don't yet know the full details of the particle announced in July, it is looking more and more like the Higgs boson first proposed in 1964," says Heuer.

The discovery was made possible by the excellent performance of the Large Hadron Collider (LHC), which broke several performance records this year. In April the LHC experiments started taking data at the new collision energy of 8 TeV (up from 7 TeV in 2011) and the collider delivered a record number of collisions to the experiments this year. The LHC collided protons with lead ions for the first time in a test run for further lead-proton collisions in 2013, and rounded off the year in style with a new performance milestone, nearly doubling the number of proton bunches in the machine, just as the three-year proton run came to an end.

The LHCb experiment discovered two excited states for the Λb beauty particle, and measured of one of the rarest processes so far observed in particle physics, the decay of a Bs (pronounced B-sub-s) meson into two muons. ALICE performed detailed studies of the quark-gluon plasma, the matter of the primordial universe, and measurements from the TOTEM experiment are giving insights on the structure of the proton and provide input to the analyses of the other LHC experiments.

Also this year, CERN signed a contract with the Wigner Research Centre for Physics in Budapest, Hungary, to extend the capabilities of the CERN Data Centre; there were exciting results from the antimatter hall as ALPHA made the first spectroscopic measurements of antihydrogen; and CERN celebrated several anniversaries: the Proton Synchrotron Booster celebrated its 40th birthday and to mark 100 years of research in cosmic rays  the laboratory welcomed the astronauts who placed the Alpha Magnetic Spectrometer on the International Space Station.

Although the LHC will not be running after February 2013, CERN certainly will. The whole accelerator chain will undergo maintenance, ready for running at a higher energy in 2015. Projects such as the Compact Linear Collider  and High Luminosity LHC are already working on next-generation technology for future accelerators and detectors.

2013 is sure to be a busy year for CERN. We're very much looking forward to it.