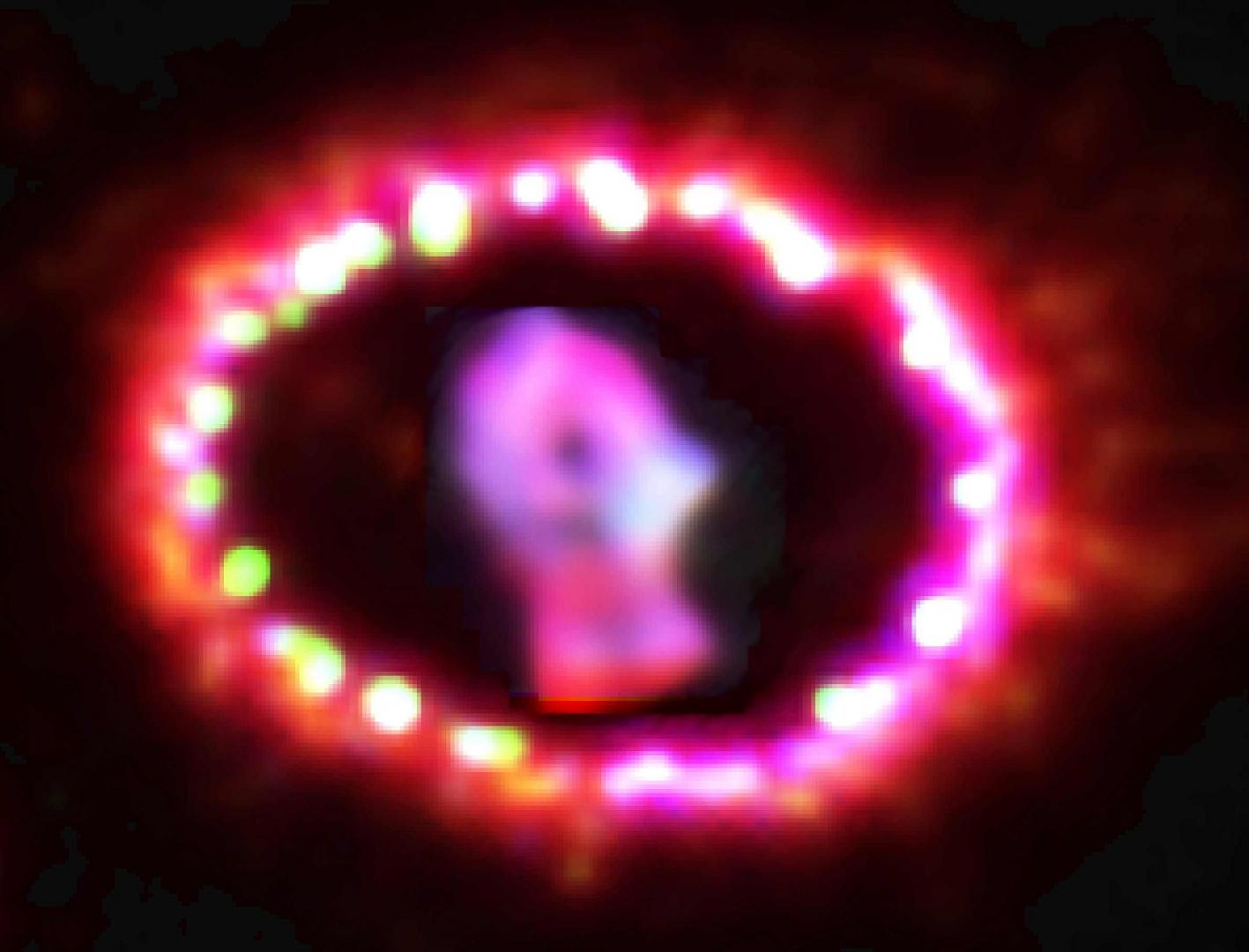 What happens inside a dying star? A recent experiment at CERN’s REX accelerator offers clues that could help astrophysicists to recalculate the ages of some of the largest explosions in the universe.

Core-collapse supernovae are spectacular stellar explosions that can briefly outshine an entire galaxy. They occur when massive stars – stars that are more than eight times as massive as our sun – collapse upon themselves. Huge amounts of matter and energy are ejected into space during these events. The cores of such stars then rapidly collapse and go on to form a neutron star or a black hole.

The sequence of events in the first few seconds of a massive star collapsing is well understood. Elements in and around the core are broken down by high-energy photons into free protons, neutrons and alpha particles. Bursts of neutrinos follow. But modelling what happens next remains a challenge for astrophysicists.

Optical telescopes offer little detail on the explosion mechanism. Gamma ray observatories, by contrast, offer tantalising clues, notably in the gamma rays produced by titanium-44 , an isotope of titanium created naturally in supernovae, which can be detected as it is ejected from the dying stars. The amount of the isotope ejected from the supernovae can tell astrophysicists about how it exploded.

By understanding the behavior of titanium-44 at energies similar to those at the core a collapsing star, researchers at CERN hope to offer some insight into the mechanisms of core-collapse supernovae.

In a paper published in March, they reported on an experiment that used titanium-44 harvested from waste accelerator parts at the Paul Scherrer Institute (PSI) in Switzerland.

At the ISOLDE facility at CERN, the REX team accelerated a beam of titanium-44 into a chamber of helium gas and observed the resulting collisions between the isotope and the helium atoms. The measurements – which mimic reactions occurring in the silicon-rich region just above the exploding core of a supernova – indicated that more of the isotope is ejected from core collapse supernovae than has previously been thought.

Astrophysicists can use the new data to recalculate the ages of supernovae.