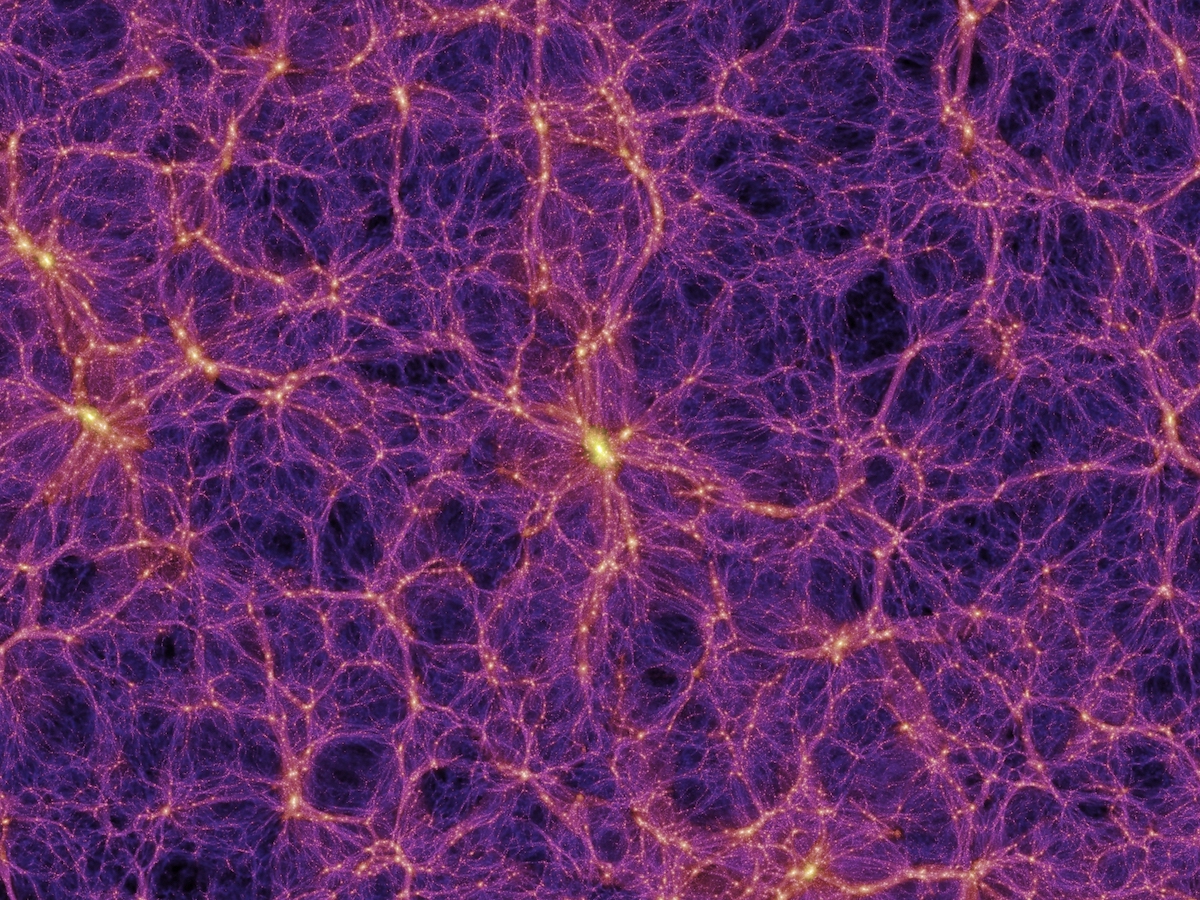 Simulation of the dark-matter distribution in the universe. (V. Springel et al. 2005)

On and around 31 October, CERN and other laboratories around the world will celebrate the global hunt for the universe’s missing matter – the dark matter that is thought to make up most of the matter in space.

Experiments worldwide are searching for this unseen matter using many different tools, such as telescopes in space and on the ground, particle beams and deep underground detectors.

CERN is home to several experiments that seek out the particles that may make up dark matter. These include experiments based at the Large Hadron Collider (LHC), such as ATLAS and CMS, which have broken new ground in the search for dark-matter particles, and non-LHC experiments such as CAST and NA64, which too have added new knowledge about the properties of these hypothetical particles.

The Laboratory also hosts the control centre of AMS, a detector that was assembled at CERN and installed on the International Space Station to measure cosmic rays and try to shed light on their nature, as well as that of dark matter and antimatter.

Between 25 October and 4 November, Dark Matter Day activities, in physical or virtual form, will share what we know and don’t know about dark matter with audiences worldwide.

CERN will take part, hosting several activities: a production uniting the arts and the sciences at the Laboratory’s Globe of Science and Innovation on 27 October; a virtual booth in an online exhibition space where anyone from anywhere can freely explore the different booths and learn about dark matter; and a series of social-media activities on CERN’s Facebook, Twitter and Instagram channels featuring CERN scientists answering questions from followers across the globe, like those in last year’s event (see video below).

Dark Matter Day is sponsored by the Interactions Collaboration, and this year’s event is dedicated to the memory of Glenn Roberts of Lawrence Berkeley National Laboratory, who founded Dark Matter Day and passed away earlier this year.