Lighting the torch for ELENA 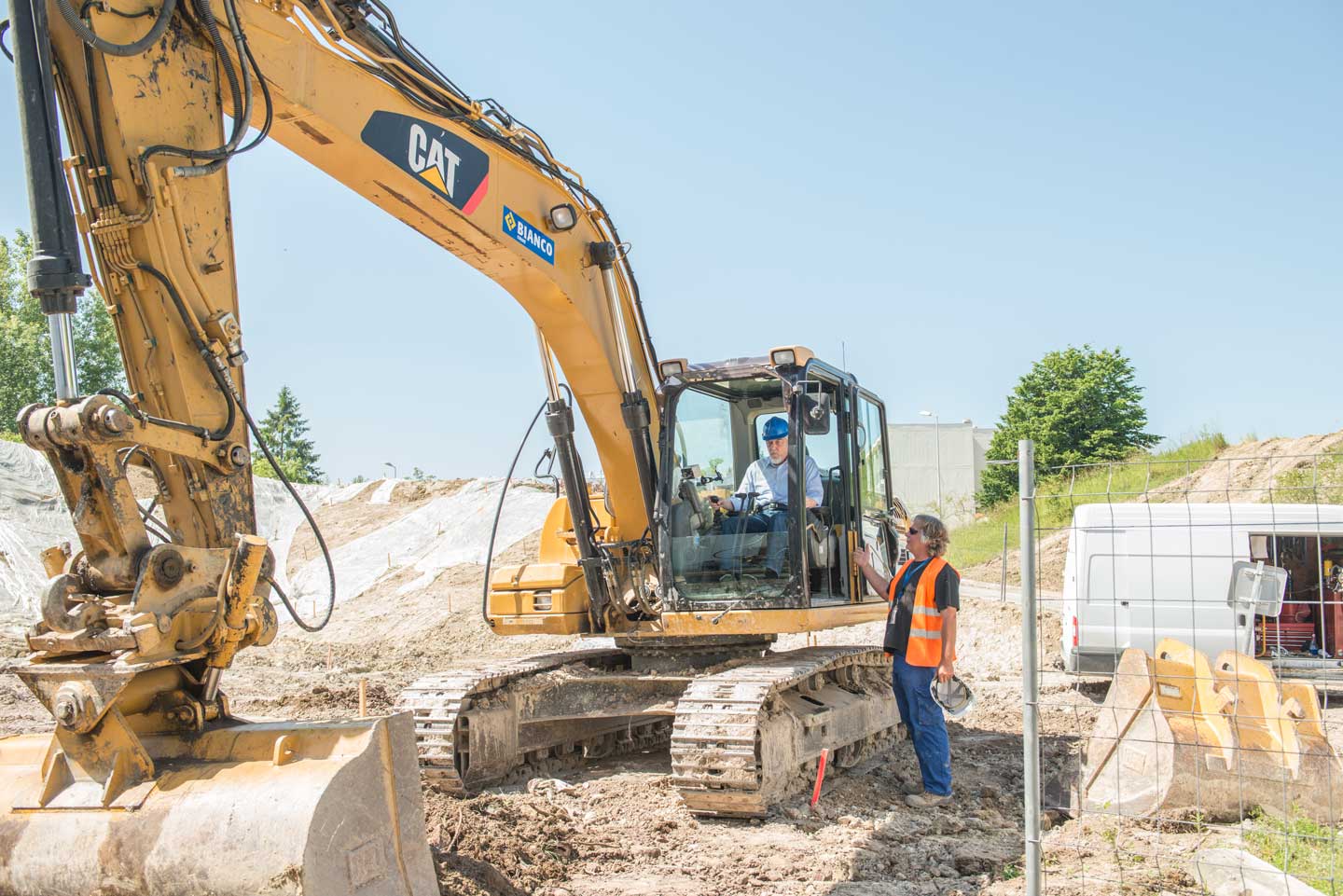 CERN Director-General Rolf Heuer gets stuck in at the ground-breaking ceremony for ELENA (Image: Anna Pantelia/CERN)

A ground-breaking ceremony today marked the start of construction of an extension to CERN's antimatter facility. Infrastructure currently housed in the Antiproton Decelerator (AD) hall will be moved into this extension to make space for a new decelerator, the Extra-Low-Energy Antiproton ring (ELENA).

This cooling ring, about 30 metres in circumference, will further slow the 5.3 MeV antiprotons ejected from the AD down to 100 keV to increase the number of antiprotons that can be trapped by antimatter experiments. In the antimatter hall, four collaborations – ATRAP, ALPHA, ASACUSA and AEGIS – trap antiprotons using Penning traps, to make antihydrogen for experiments. But in most of today’s set-ups, more than 99% of the antiprotons from the AD are lost through the degrader foils that decelerate the particles from their ejection energy down to the energy suitable for trapping (around 5 keV).

ELENA is designed to decelerate antiprotons in a well controlled way and to further reduce beam sizes and energy spreads with an electron cooler to increase the efficiency of deceleration, resulting in more trapped antiprotons. Antimatter physicist Walter Oelert expressed his appreciation for CERN's strong support for the construction of ELENA and spoke of the laboratory as a research centre where physicists can feel at home. Rolf Heuer stands by a commemorative plaque of the event (Image: Anna Pantelia/CERN)

Design is also under way for a new experiment – GBAR [see PDF] – that will be installed at the same time as ELENA; and the BASE collaboration has recently suggested adding an experiment to increase the precision of a measurement of the antiproton's magnetic moment by a factor of 1000. As well as more usable (or trappable) antiprotons, ELENA will be able to deliver beams almost simultaneously to four antimatter experiments resulting in an essential gain in total beam time for each experiment.

There is much to explore in the field of antimatter; many theoretical predictions in the antimatter regime remain experimentally unverified. ELENA will increase CERN's capacity to accommodate research groups wishing to perform experiments in the increasingly popular field of antihydrogen and low-energy antiproton physics.