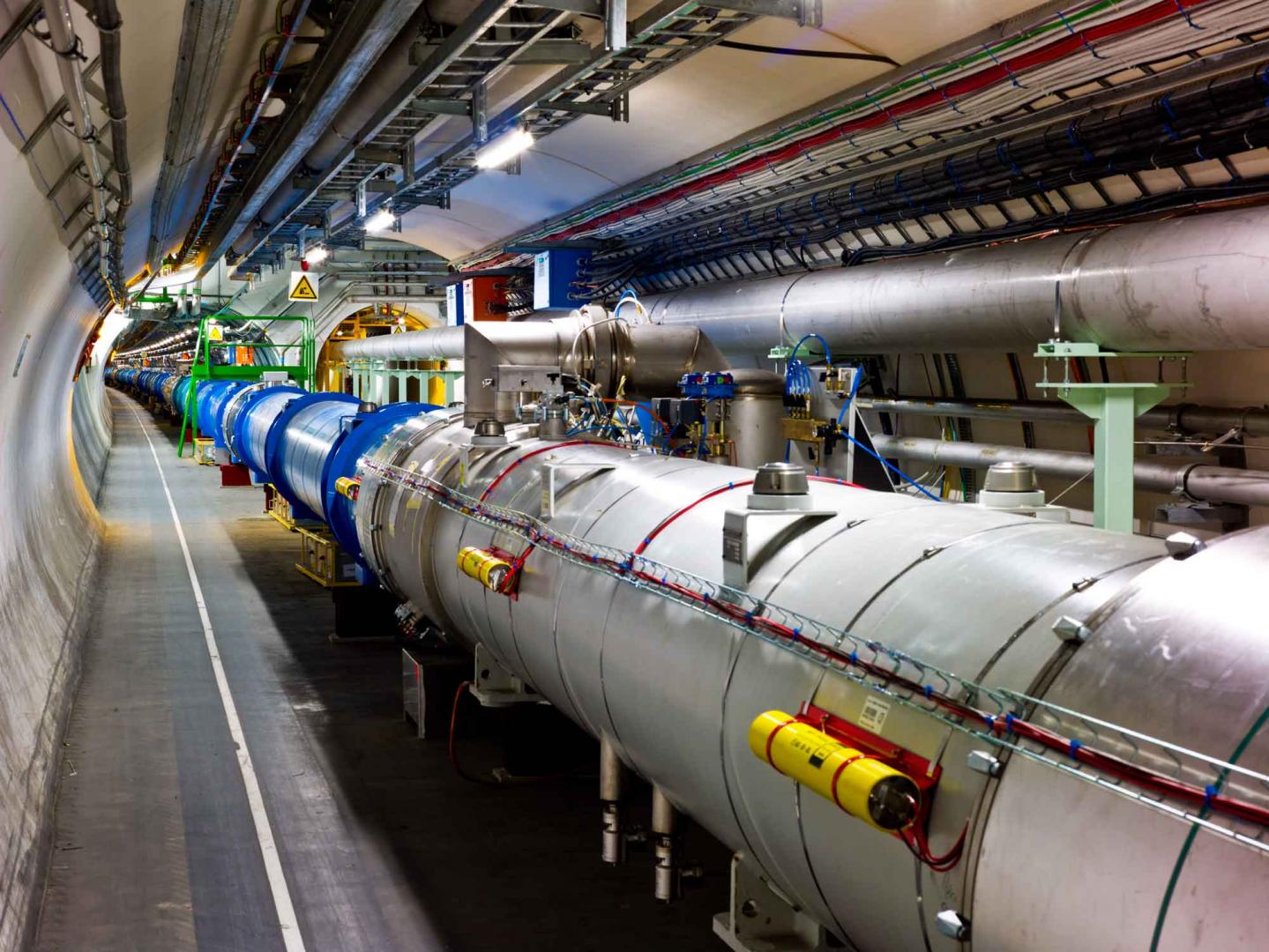 The Large Hadron Collider is preparing for running at higher energy in 2015 (Image: Maximilen Brice/CERN)

CERN today announced at the 174th session of the CERN Council that the Large Hadron Collider (LHC) is gearing up for its second three-year run. The LHC is the largest and most powerful particle accelerator in the world and the whole 27-kilometre superconducting machine is now almost cooled to its nominal operating temperature of 1.9 degrees above absolute zero. All teams are at work to get the LHC back online and the CERN Control Centre is in full swing to carry out all the requested tests before circulating proton beams again in March 2015. Run 2 of the LHC follows a 2-year technical stop that prepared the machine for running at almost double the energy of the LHC’s first run.

“With this new energy level, the LHC will open new horizons for physics and for future discoveries,” says CERN Director-General Rolf Heuer. “I’m looking forward to seeing what nature has in store for us”.

For the first time on 9 December 2014, the magnets of one sector of the LHC, one eighth of the ring, were successfully powered to the level needed for beams to reach 6.5 TeV, the operating energy for run 2. The goal for 2015 will be to run with two proton beams in order to produce 13 TeV collisions, an energy never achieved by any accelerator in the past.

“After the huge amount of work done over the last two years, the LHC is almost like a new machine,” said CERN’s Director for Accelerators and Technology Frédérick Bordry. “Restarting this extraordinary accelerator is far from routine. Nevertheless, I’m confident that we will be on schedule to provide collisions to the LHC experiments by May 2015”.

ALICE, ATLAS, CMS and LHCb, the four large experiments of the LHC, are also undergoing major preparatory work for run 2, after the long shutdown during which important programmes for maintenance and improvements were achieved. They will now enter their final commissioning phase.