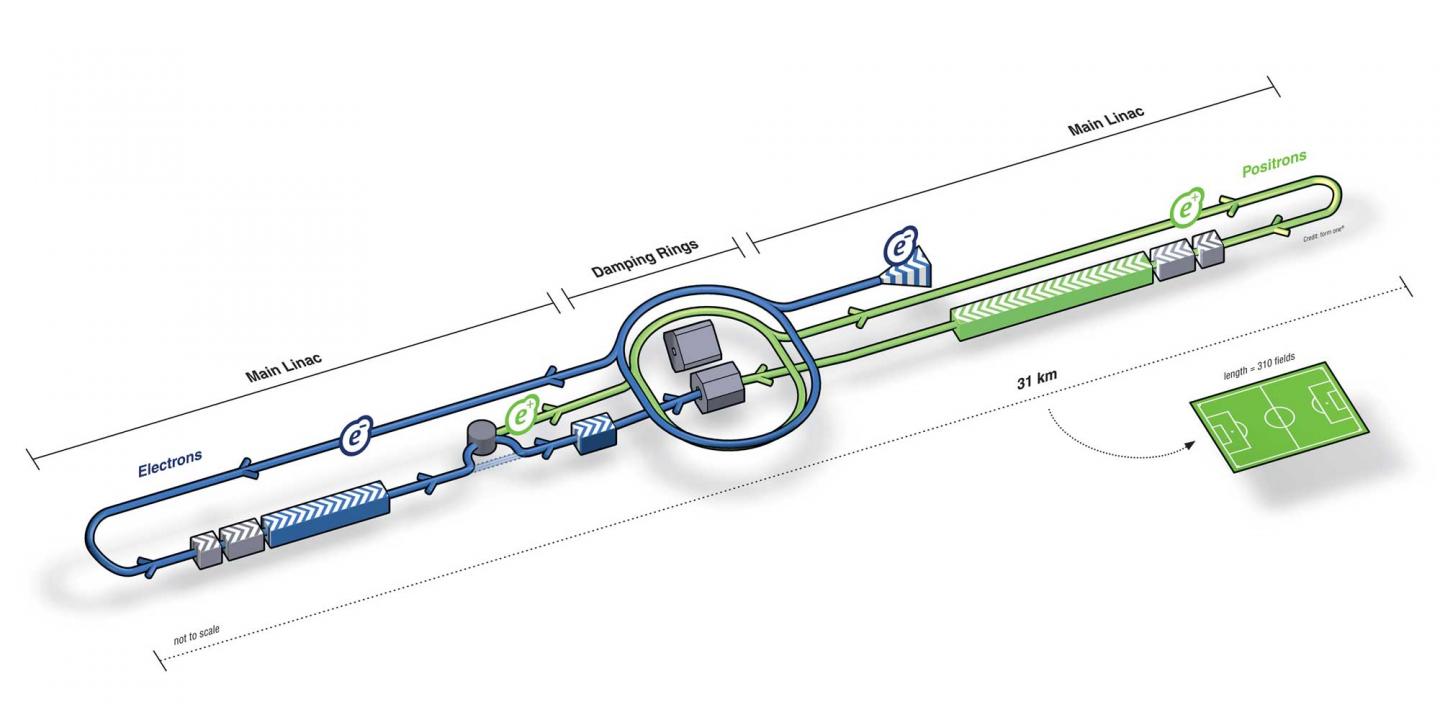 A schematic of the layout of the International Linear Collider - note the soccer pitch for scale (Image: ILC / form one)

Today the Linear Collider Collaboration published its Technical Design Report [PDF] for the International Linear Collider (ILC) - a proposed 31-kilometre electron-positron collider that will both complement and advance beyond the physics of the Large Hadron Collider.

In three consecutive ceremonies in Asia, Europe and the Americas, the authors officially handed the report over to the international oversight board for projects in particle physics, the International Committee for Future Accelerators (ICFA). The report presents the latest, most technologically advanced and most thoroughly scrutinized design for the ILC.

The ILC will accelerate and collide electrons and their antiparticles, positrons. Collisions will occur roughly 7000 times per second at the collision energy of 500 GeV. Some 16,000 superconducting cavities will be needed to drive the ILC’s particle beams. The report also includes details of two state-of-the-art detectors that will record the collisions, as well as an extensive outline of the geological and civil engineering studies conducted for siting the ILC.

“The Technical Design Report is an impressive piece of work that shows maturity, scrutiny and boldness," says Lyn Evans, director of the Linear Collider Collaboration. "The International Linear Collider should be next on the agenda for global particle physics.”

Among other particles, the ILC will produce Higgs bosons and study their properties in detail to determine whether they are as predicted by the Standard Model. Will the Higgs particle be just the first of a family? Will nature be more complicated than a single “minimal” Higgs boson? And how does the Higgs interact with other particles?

Japan is considering offering to host the ILC for the global collaboration, siting it in the mountains of Japan. They propose to begin with a Higgs Factory and extend it to higher energies in the future.

The ILC brings together more than 1000 scientists and engineers from more than 100 universities and laboratories in over two dozen countries.