LHC back in collision mode

After a week of preparations for operation at higher intensity, physics data collection has resumed at the LHC 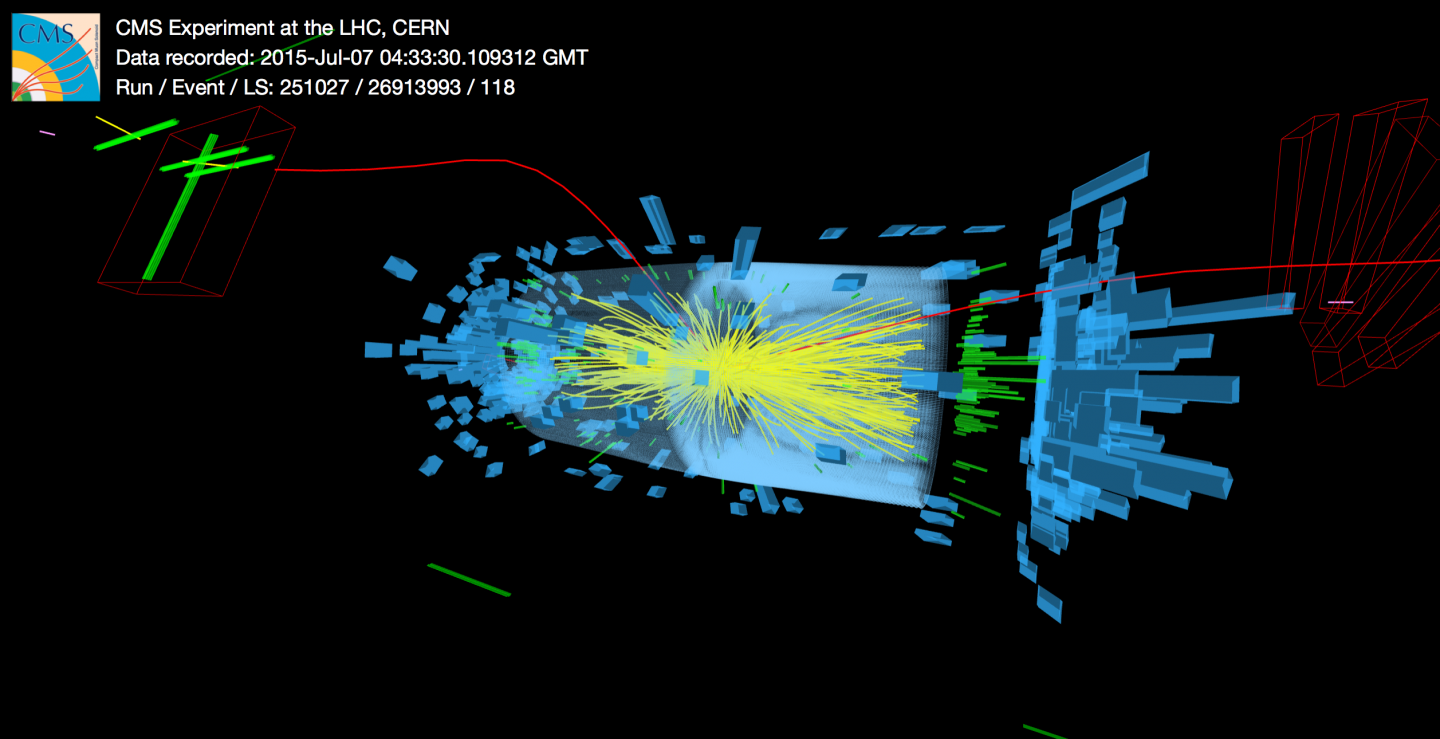 All systems are go once again for physics at the Large Hadron Collider (LHC). On Saturday evening proton collisions resumed at the world’s most powerful accelerator and the experiments began collecting data once more. At present, 152 bunches of protons are circulating in each direction in the 27 kilometre machine, but the goal is to increase the number of protons over the next two weeks to close to 1000 bunches per beam.

For several days, the LHC had temporarily halted data collection to “chase” electron clouds out of its beam pipes. These electrons, generated in cascades, destabilise the beam and compromise the operation of the accelerator at high intensity, i.e. at more than 1000 bunches per beam. The cleaning operation was successful, since the operators succeeded in circulating up to 1200 proton bunches in each beam at the LHC’s injection energy, 450 gigaelectronvolts (GeV). This phase allowed the electron clouds to be dissipated and the beam stability to be improved. Since Friday, the LHC has been back in operation at its nominal collision energy of 13 teraelectronvolts (TeV). The operators can now increase the number of bunches circulating in the machine, spaced apart by 50 nanoseconds.

The LHC experiments will continue to collect data until the end of July. A new cleaning phase is then scheduled to allow the beam intensity to be increased even further by reducing the amount of space between the bunches by 50%.

CMS hunts for dark photons coming from the Hi...