Some 27,000 electrical shunts have been added to connections between magnets on the LHC 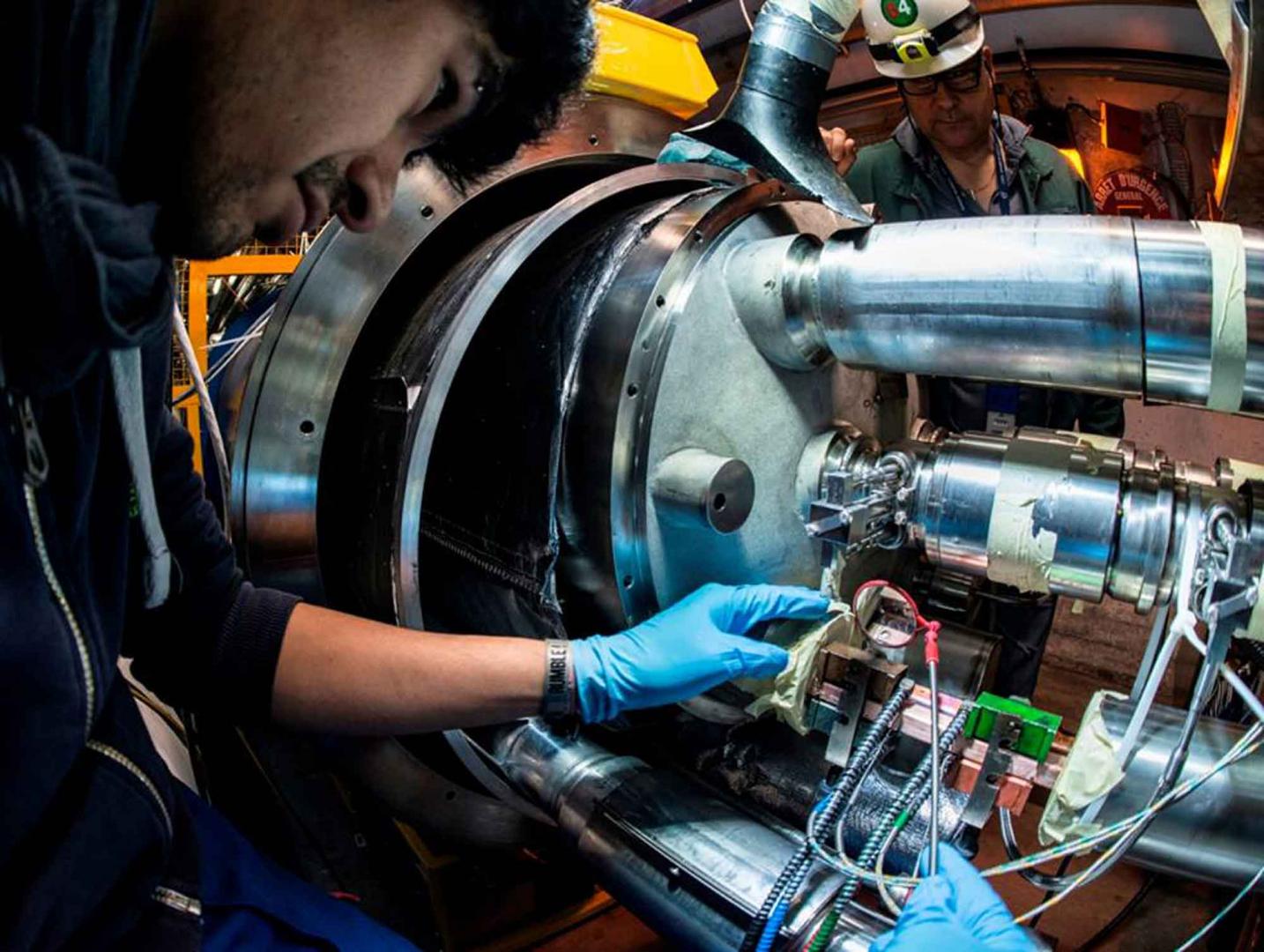 An engineer uses a small mirror to inspect a shunt on an interconnection between superconducting magnets on the Large Hadron Collider (Image: Maximilien Brice/CERN)

Each of the LHC's 10,000 splices carries a hefty 13,000 amps. A shunt is a low-resistance connection that provides an alternative path for a portion of the current in the event that a splice loses its superconducting state.

On 19 September 2008, during powering tests on the LHC, a fault occurred in one of the splices, resulting in mechanical damage and release of helium from the magnet cold mass into the tunnel. Proper safety procedures were in force, the safety systems performed as expected, and no-one was put at risk. But the fault did delay operation of the accelerator by six months. The new shunts make such a fault unlikely to happen again.

To install a shunt the SMACC team first has to open the area around the interconnection they want to work on. They slide the custom-built metallic bellows out of the way and remove the thermal shielding inside, revealing a series of metallic pipes linking the magnets to each other. One set of these pipes – the "M-lines" – must then be cut open to access the splices between the superconducting cables. The team opened up the last of the M lines in February and has been at work ever since adding the shunts.

Check out some more of the main LHC consolidations