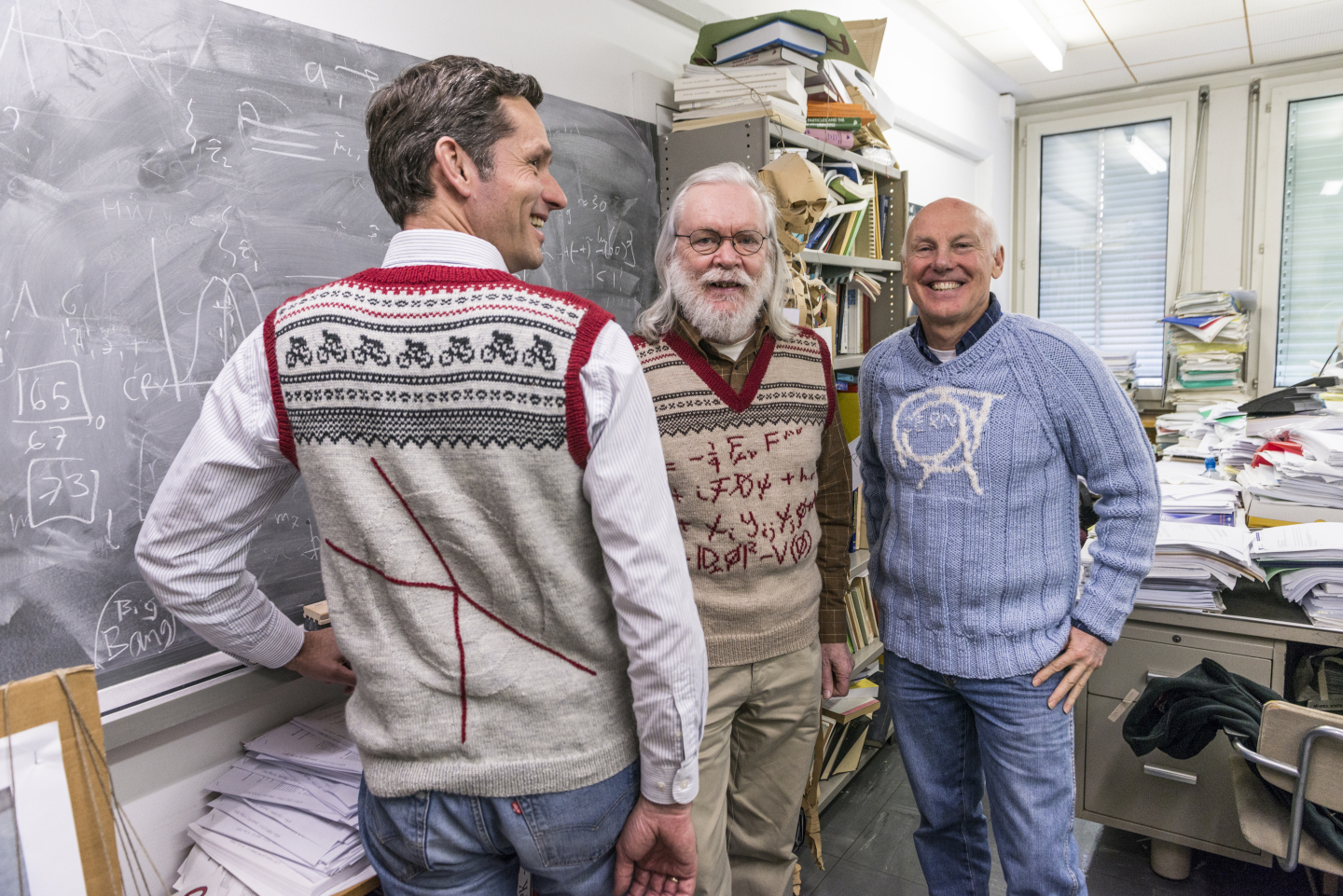 Every year more than 1000 high-school students from Norway visit CERN. Some of the teachers return with their classes year after year. Kongsberg videregående skole and Akademiet Drammen are two such schools. On their latest visit the teacher presented a remarkable token of appreciation to the CERN staff that welcomed them – personally designed pullovers with themes from the world of particle physics!

Knitting has a strong tradition in Norway and the technique found in today's wool sweaters has been practiced since the 9th century. The activity was practiced both by men and women up to around 1900. Since then the tradition has mainly been continued by women.

Jolanta Nylund opted for a modern warm jumper with the CERN logo, while Inga Hanne Dokka made variations based on the famous  "lusekofte" (the name means "lice jacket", after the isolated coloured stitches).

Mick Storr, head of the Visit Service, has spent the last decade establishing links between CERN and high schools. "It has been a very enriching experience," he says. "The joint effort between the teachers and the Visiting Service is really paying off – high-school students today, across the members states, are far more informed about particle physics today than only some years back.”

Jens Vigen, a Norwegian CERN guide, remembers having knitted a tie himself when he was in the eight grade. It was a Solidarność-tie, the knot was white and the rest of it red, to show sympathy with the Polish striking workers in the early 1980’s.

Theorist John Ellis says: “It is truly a lovely gift. Everybody who has seen it has exclaimed how nice it is, and how well it suits me.”

Combining the power of science and art is an activity CERN has been pursing for several years – it seems like this now might also expand to the traditional handicrafts. Who would have imagined that a lusekofte could describe the BEH-mechanism?

Collaboration agreement between CERN and NTNU