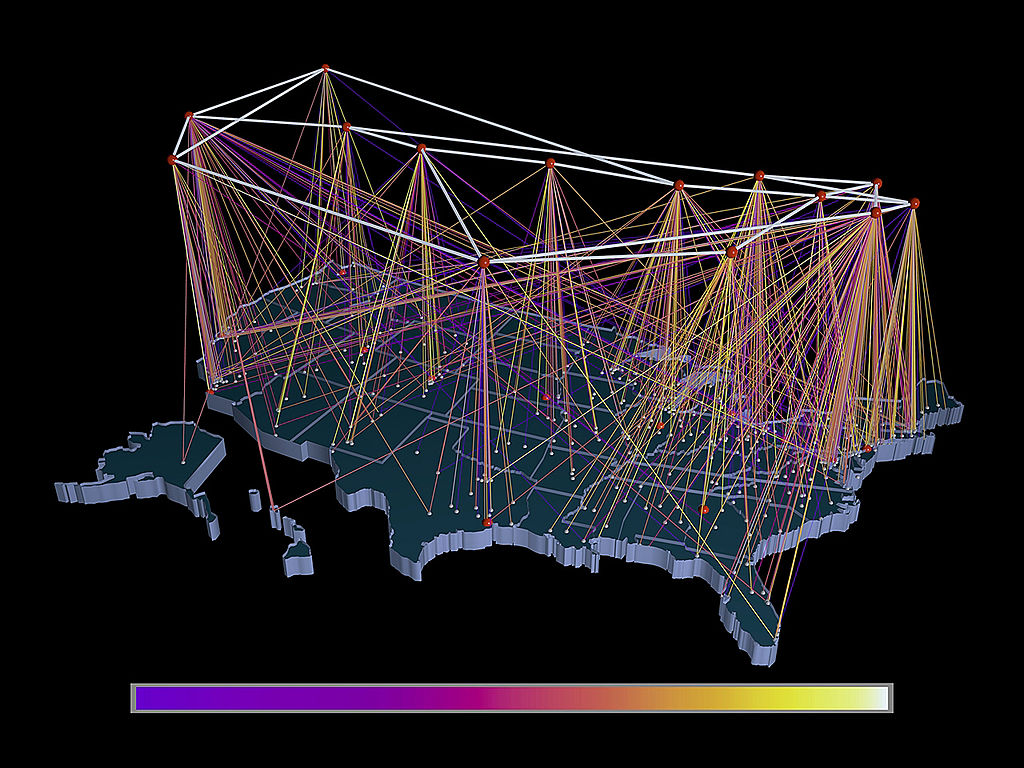 “It’s not a surprise that networking produces social effects” stated Vint Cerf when he spoke at CERN on 6 June. As an American Internet pioneer, often referred to as one of the fathers of the Internet, Cerf shared his thoughts on big data and social media, as well as acknowledging the birth of the World Wide Web at CERN. His talk not only looked back at the history of the Internet but also at its future and the challenges ahead.

He recounted the pre-Internet days of 1969, when, as a graduate student, he wrote software for the ARPANET project. After the project’s success, he and Robert Kahn worked on the Internet design before publishing a paper in 1974. The team they assembled built a fully distributed system with no central control that was international from the beginning.

He reminisced too about the early days of email, developed on the ARPANET in 1971 as an experiment that instantly caught on. Rather than decreasing travel budgets, it did the opposite; projects became bigger and more international, and people travelled from further afield to attend meetings. Mailing lists quickly sprang up from “Sci-fi lovers” to the “Yum-Yum” reviews of local restaurants. It was clear that the technological development had social characteristics.

Indeed from early email, to web pages, to today’s social media, people have wanted to share knowledge and feel that it was useful to others. This quest for positive feedback, however, runs into issues when sharing personal information. Now, with the prevalence of e-commerce and the Internet of things, the amount of information that companies have about a person over time becomes concerning, hence the recent EU data protection changes to protect people’s privacy.

People need to be aware of both the benefits and the hazards of being online. Misinformation, whether malicious or unintentional, has entered the system and the challenge is to distinguish good and bad quality content. Now more than ever, thinking critically is important. Yet it takes time and effort.

“Everyone, especially young people, should think critically about the information they encounter. Where did this come from? Is there any corroborating evidence? What was the motivation for putting this information into the system? Could there possibly have been some ulterior motive in placing that information into a social-networking environment or on a webpage?” – Vint Cerf

In the age of big data, there are challenges ahead not only in processing such vast quantities of information but also in digital preservation. The digital content created today may not be readable in 50 years’ time. The media may not be available, the reader may no longer exist, or even if it does, the software may be unmaintained and no longer run on the then available hardware. To preserve digital information means building emulators and keeping software updated among other things. Perhaps making programmers feel an ethical responsibility for the code that they produce could help them to fix and update the code, avoiding bugs and vulnerabilities.

Though his talk focused on the technical challenges, he acknowledged that there are also legal and business challenges of big data and social media. Yet despite highlighting the risks, Cerf’s presentation was both entertaining and optimistic. As he leapt nimbly around the auditorium for the questions and answers, microphone in hand, he provided the audience not only with a feast of anecdotes but also food for thought for the Internet of tomorrow.

Sharing CERN’s expertise in big data with the...

Are you up for the TrackML challenge?