The Year-End Technical Stop drew to a close on 9 March. Read about the LHC plans the last year of Run 2 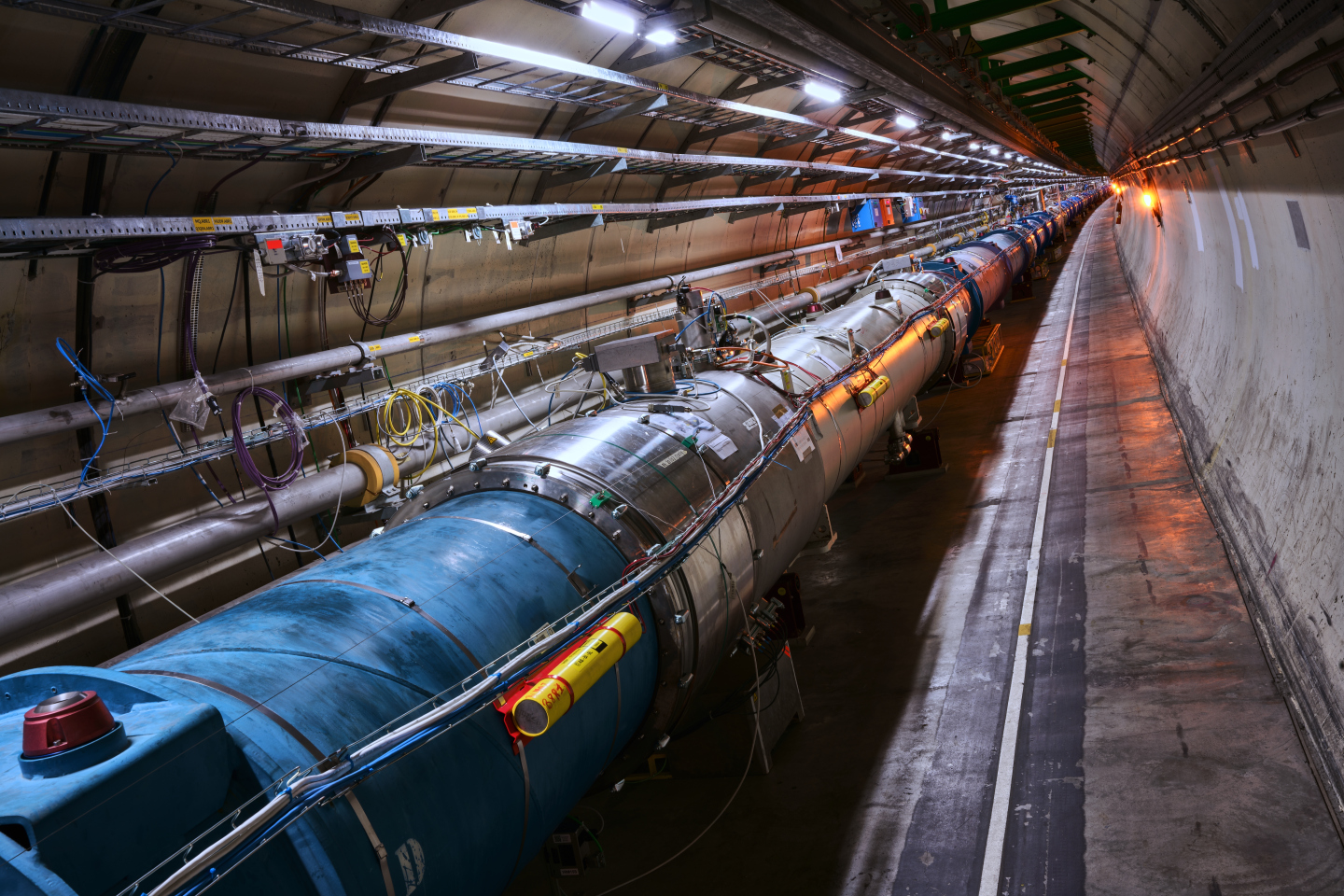 CERN’s annual Year-End Technical Stop (YETS) has now come to a close. The Laboratory’s accelerator complex will soon begin to lumber out of its winter hibernation and resume accelerating and colliding particles.

But while the LHC has not been filled with protons since the YETS began on 4 December 2017, its tunnels and experimental caverns have been packed with people performing maintenance and repairs as well as testing components for future accelerators.

On Friday, 9 March, CERN’s Engineering (EN) department handed the accelerator complex back to the Beams (BE) department, who began the hardware commissioning phase of 2018. This commissioning will culminate in the restart of the LHC, planned for early April.

The 2018 accelerator schedule was agreed at the conclusion of the LHC Performance Workshop in Chamonix at the end of January. Frédérick Bordry, Director for Accelerators and Technology, presented the conclusions of the workshop at a summary session for the CERN community last week. “The goal for 2018 is to provide ATLAS and CMS with an integrated luminosity of 60 fb−1 and LHCb with 2 fb−1 over the course of 131 days of physics,” he explained. In 2017, the LHC delivered 50 fb-1 of data to the two main experiments over 119 days of physics, despite a vacuum problem encountered during the intensity ramp-up.

In 2018, the operators will push the Achromatic Telescopic Squeezing (ATS) scheme further. ATS was used successfully during last year’s run, making it possible to reduce the size of the beam (beta* parameter) at the collision point. The operators will adjust this parameter over the course of a run, starting with a 30-cm beta* and reducing it to 27 or even 25 cm by the end. In 2017, the beta* was reduced from 40 to 30 cm. The idea is to carry out luminosity levelling in order to prevent excessive luminosity at the beginning of a physics fill, thereby limiting the number of collisions each time two bunches of protons cross. As in 2017, the operators will adjust the overlap and crossing angle of the beams during the run in order to limit the luminosity. The teams have proposed to the experiments to have a maximum of 55 to 60 collisions per bunch crossing.

One week of the proton run will be devoted to de-squeezed beams, particularly for the benefit of the TOTEM experiment. A four-week lead-ion run is scheduled for the end of the year.

Twenty days of machine development are also planned. “Many studies need to be carried out, not only for the sake of short-term operation, but also for the run following Long Shutdown 2 [LS2] and for the High-Luminosity LHC,” explained Bordry.

When the lead-ion run is over, tests will be performed on a sector of the LHC for operation at 7 TeV per beam (as opposed to the present energy of 6.5 TeV). “The aim is to prepare the LHC to run with a collision energy of 14 TeV during Run 3,” said Bordry.

This will be the last year of LHC Run 2. “The goal is to exceed 150 fb−1 during Run 2 alone,” explained Bordry. It is also an important year for all the physics facilities supplied by the accelerator complex, which will not receive beam in 2019 and 2020 during LS2. “We intend to match the record availability of 2017, in order to supply them with as many protons and ions as possible,” he continued. “As well as the physics run itself, 2018 will be crucial for the LIU (LHC Injector Upgrade) project, which will be implemented primarily during LS2, and for the HL-LHC project, construction for which will really start to get going.”

Find out more about what has been happening during the winter shutdown for the LHC, the injectors and the experiments.

The SM18 test facility in the HL-LHC era

Winner of the “Mining the Future” competition...