The last components of AWAKE – its electron source, electron beam line and electron spectrometer – have just been installed 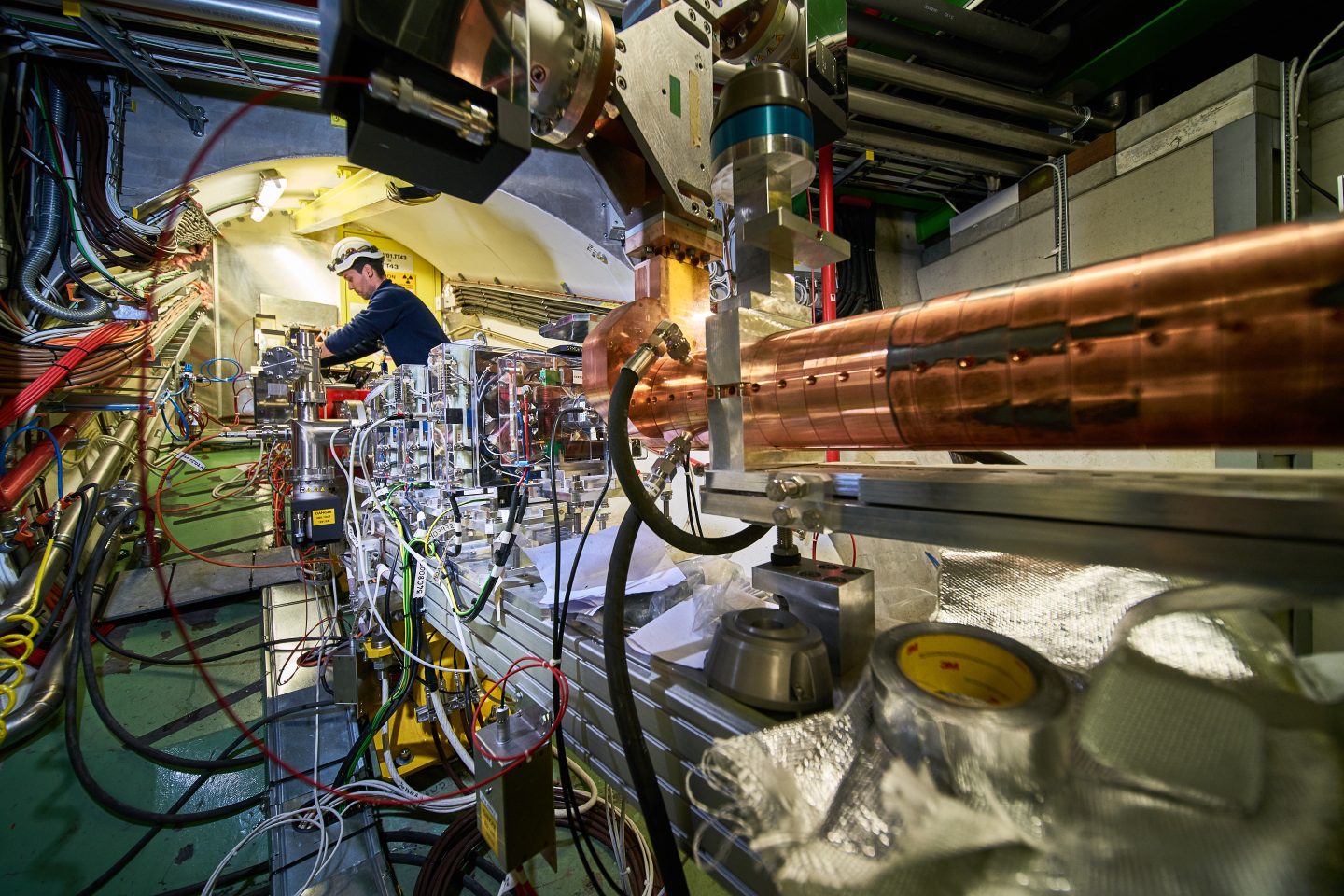 We are one step closer to testing a breakthrough technology for particle acceleration. The final three key parts of AWAKE have just been put in place: its electron source, electron beam line and electron spectrometer. This marks the end of the installation phase of the Proton Driven Plasma Wakefield Acceleration Experiment (AWAKE), a proof-of-principle experiment at CERN that is developing a new technique for accelerating particles.

The accelerators currently in use rely on electric fields generated by radiofrequency (RF) cavities to accelerate charged particles by giving them a “kick”. In AWAKE, a beam of electrons will “surf” waves of electric charges, or wakefields. These waves are created when a beam of protons is injected into the heart of AWAKE, a 10-metre plasma cell full of ionised gas. When the protons travel through the plasma, they attract free electrons, which generate wakefields. A second particle beam, this time of electrons, is injected into the right phase behind the proton beam. As a result, it feels the wakefield and is accelerated, just like a surfer riding a wave.

After exiting the plasma cell, the electrons will pass through a dipole magnet, which will curve their path. More energetic particles will get a smaller curvature. As well as the electron beam line, another new component is the scintillator that awaits the electrons at the end of the dipole, showing whether or not they have been accelerated. Essentially, this is a screen that lights up whenever a charged particle passes through it. Successfully accelerated electrons will be bent to a lesser degree by the magnetic field and will appear on one side of the scintillator.

The first milestone was reached in December 2016, when the first data showed that the wakefields had been successfully generated. After a very successful 2017 run, it is now time for AWAKE’s next big step. Next year will be fully dedicated to proving that the acceleration of electrons in the wake of proton bunches is possible.