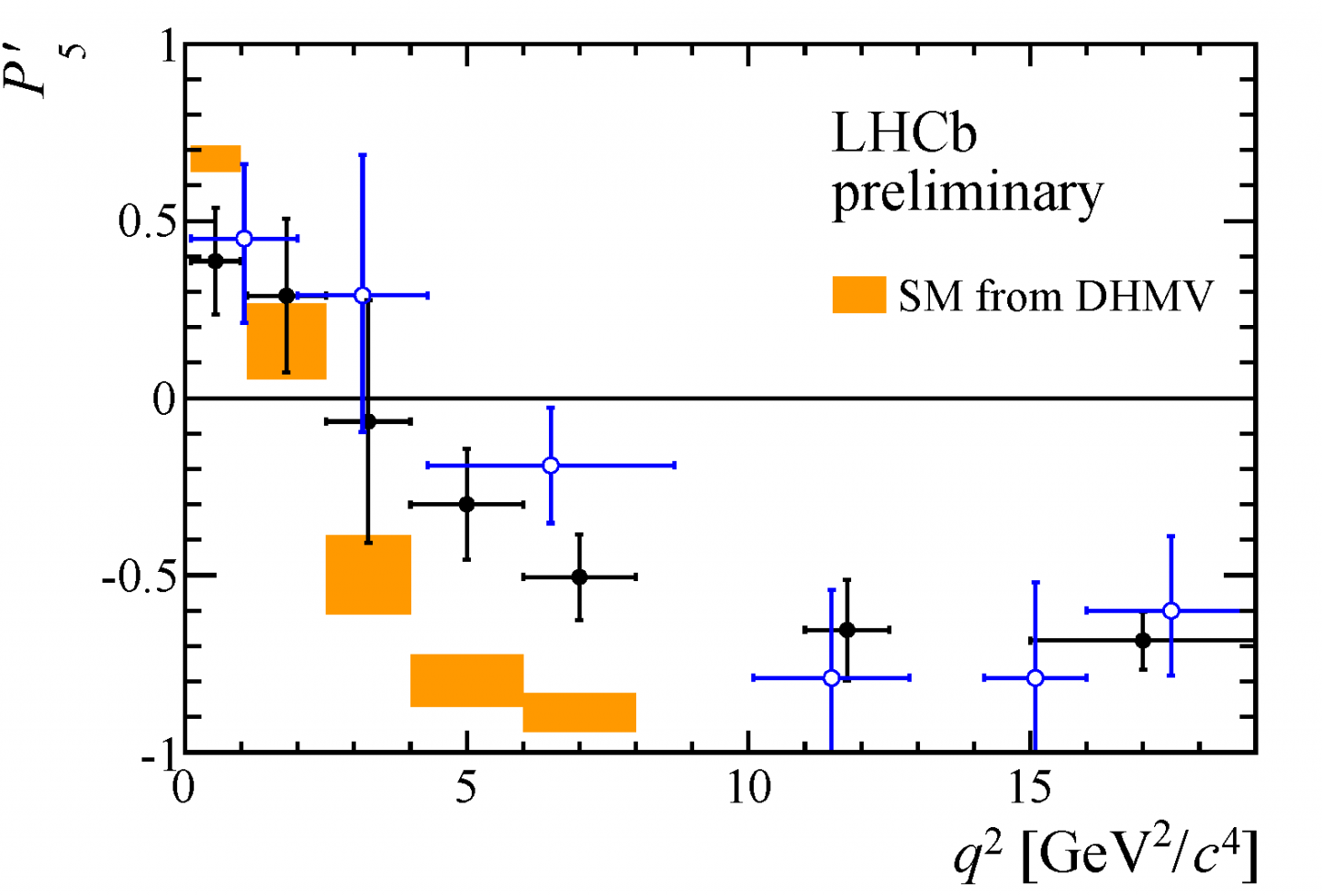 The LHCb experiment searches for new physics by looking for the effects of new particles in rare decays. These "indirect searches" allow them to probe mass scales inaccessible by other techniques. "This is quantum mechanics magic," said LHCb spokesperson Guy Wilkinson. "Like in the well-known radioactive beta decay - n → peν - that is now understood to be caused by the exchange of the W boson, 100 times heavier than the proton itself, we look at this B decay to explore interactions involving particles even 10 times heavier or more than the W boson."

In this search, LHCb physicists have been studying the angular distribution of the particles coming from the B → K*μμ decay. These angular observables are highly sensitive to the effects of new particles on the decay. "The decay B → K*μμ is a laboratory on its own," said Patrick Koppenburg, LHCb Physics Coordinator. "Many of the particles that CERN experiments search for in their data can be studied in this decay."

In their analysis of the full LHC Run 1 data set, LHCb physicists found the angular observable P5' to have a local deviation from Standard Model calculations. As seen in the graph above, the measurements (in black) in the muon pair mass (q2) region between 4 and 8 GeV2/c4 both show a 2.9 sigma deviation from the Standard Model calculations. The results confirm a previously published analysis using 2011 LHCb data (in blue).

"The new analysis agrees with the previous result, and tells us that there are very important questions to be answered associated with this decay. But it does not yet tell us what is the cause," said Christoph Langenbruch, LHCb physicist who presented the results today.

The new B → K*μμ results are certain to draw the attention of physicists worldwide, as theorists consider the many possible implications. Theoretical predictions of the Standard Model values (in orange on the graph) are also expected to be further improved.

Read more about the new result on the LHCb public page.