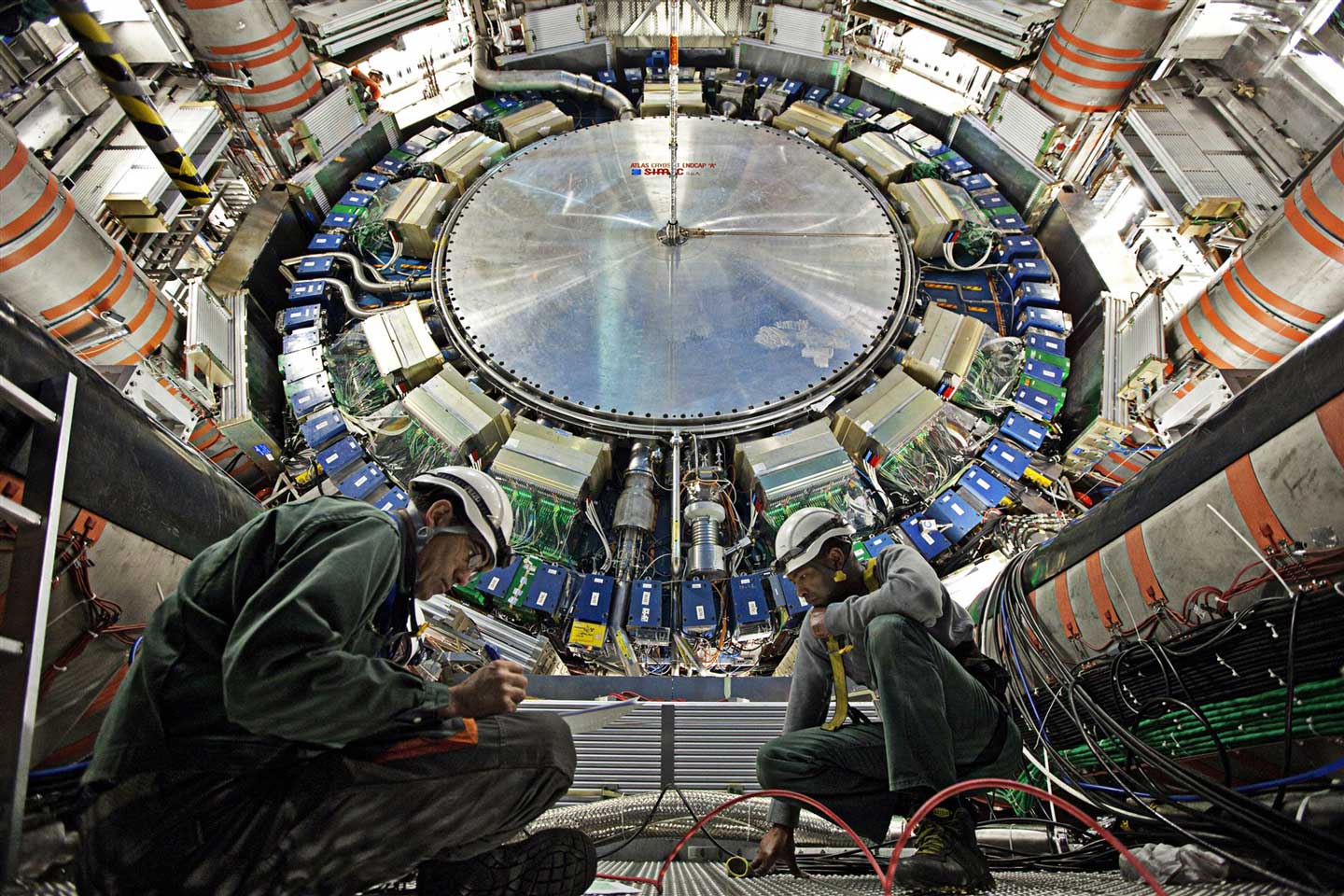 The Large Hadron Collider (LHC), the world's largest particle accelerator, is currently shut down for annual maintenance. In February CERN will decide whether to run the LHC at a total energy of 8 TeV this year, instead of 7 TeV as in 2011. Higher energy should increase the chances of finding heavy particles. By early March, all the magnets around the 27-kilometre accelerator will have been cooled down to their operating temperatures of -271.3°C, ready to guide beams of particles through the LHC.

The LHC will resume colliding protons in late March. The goal is to deliver about 16 inverse femtobarns of data – a meaure of accelerator performance equivalent to approximately 1600 trillion proton-proton collisions – delivered to the experiments, compared to the 500 trillion collisions delivered in 2011. More collisions will help the LHC experiments to improve the precision of their measurements and push searches for new physics further.

The CMS and ATLAS experiments will continue to look for new particles this year, of which the Higgs boson is the most publicised. Data taken in 2012 will allow them either to confirm a Higgs discovery or to rule out its existence conclusively.

The LHCb experiment will carry on with its precise measurements of quarks, in the search for weak points in the current Standard Model of particle physics. Meanwhile, ALICE is analysing lead-ion collision data taken in November 2011 in the quest to understand how quark-gluon plasma formed after the big bang. More heavy-ion collisions are scheduled for November this year.