On 25 June, pupils from the collège de Ferney-Voltaire completed the Passport to the Big Bang circuit 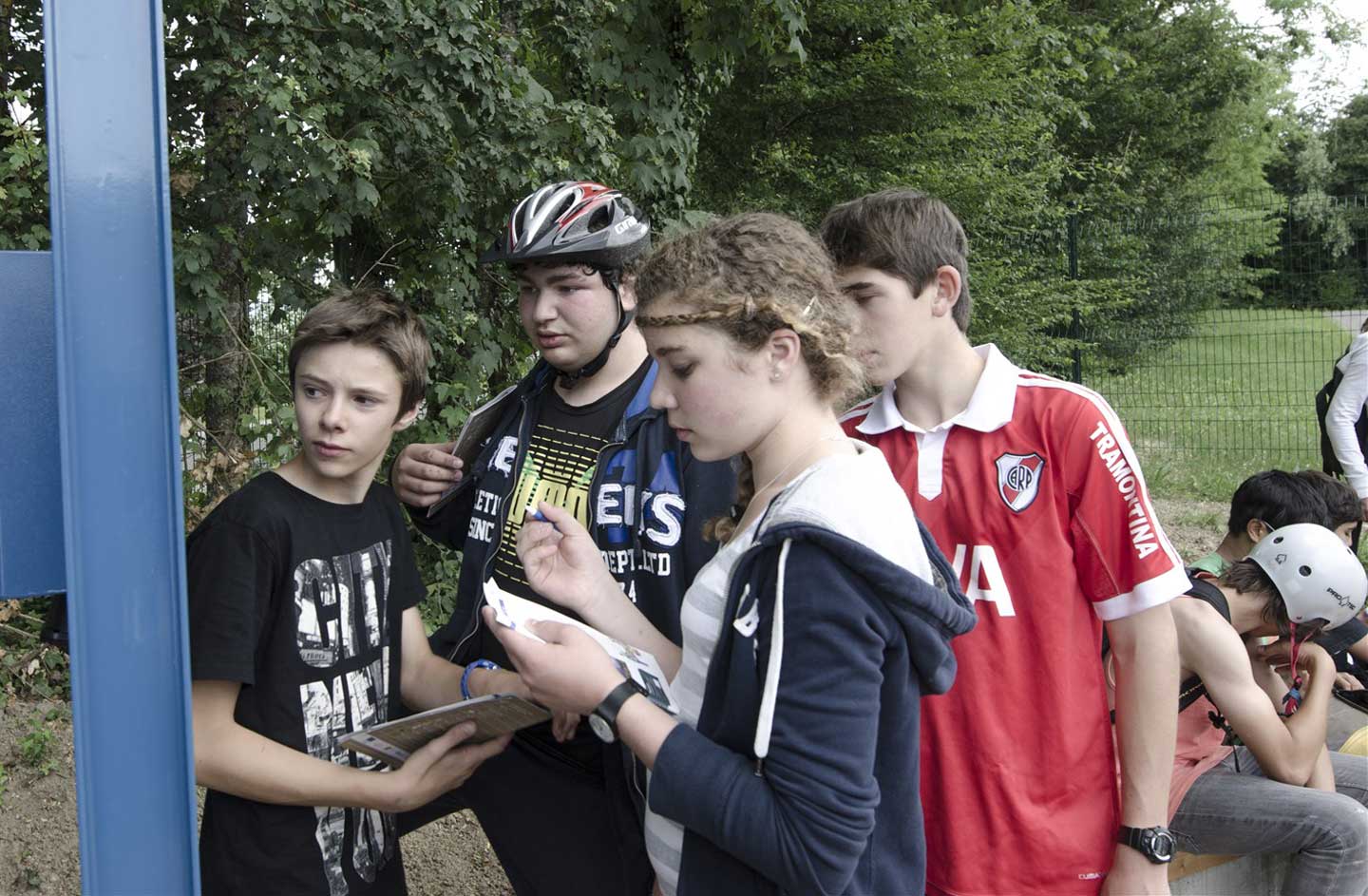 Inaugurated at the beginning of June, the Passport to the Big Bang is a 54-kilometre scientific tourist trail comprising 10 exhibition platforms in front of 10 CERN sites in the Pays de Gex and the Canton of Geneva. It is now open free of charge to the general public and especially to pupils from local schools.

On 25 June, for the first time, a class completed part of the circuit on bikes: Some 20 4th grade pupils from the collège de Ferney-Voltaire pedalled off to learn about the activities at three of CERN’s sites. Their first pit stop was the CMS platform, where they had the opportunity to visit the experiment, and then they cycled on to the Environment and Cryogenics platforms, taking part in Passport to the Big Bang activities at each stage, watching the short films on the research carried out at the laboratory and finding the answers to the Passport to the Big Bang riddles.

“The point of this visit was to get schoolchildren to put the discovery formula of the Passport to the Big Bang circuit through its paces. Our objective is to use the Passport to the Big Bang as a means of explaining the research CERN does to pupils in local schools,” says Sandrine Saison-Marsollier who is responsible for organizing activities for local schools. “We are currently preparing a brochure for teachers to encourage them to complete the circuit with their pupils.”

The visit also served to highlight various areas for improvement. For instance the teachers suggested ways in which the questionnaires to be completed by the pupils could be supplemented. But in any case both teachers and pupils indicated that they had enjoyed the circuit and found it very instructive. Martine Laffay, the physics teacher accompanying the pupils, says: “We hope that this will be the first of many visits!”  And there is a bonus: the circuit combines physics and physical activity, which is why physical education teachers also joined the group and were just as enthusiastic about the circuit.

Fancy cycling around a particle accelerator?

Passport to the Big Bang: refurbishment of th...