The birth of a Higgs boson 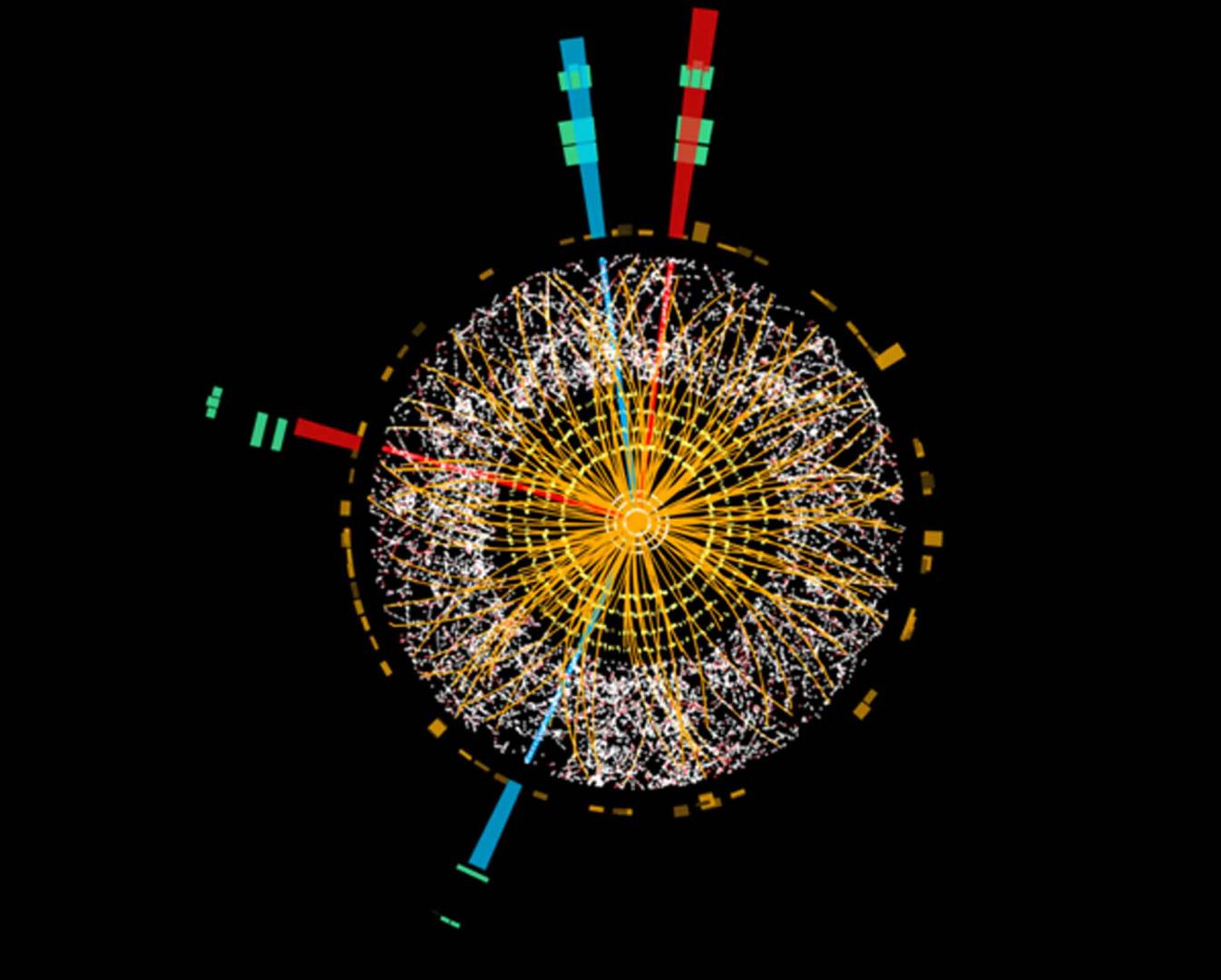 A Higgs boson decays to 4 leptons in this collision recorded by the ATLAS detector on 18 May 2012 (Image: ATLAS)

In July 2012, the ATLAS and CMS collaborations announced that they had discovered a new particle with a mass around 125 GeV. At this early stage, the phrase “Higgs-like boson” was used to refer to a boson whose properties were still to be fully investigated. Thanks to the outstanding performance of the Large Hadron Collider, in the second half of 2012 it delivered four times as much data at 8 TeV as was used in the analyses that led to “the discovery”. Thus equipped, the experiments were able to present new results in March 2013, with enough evidence to name this new boson “a Higgs boson”.