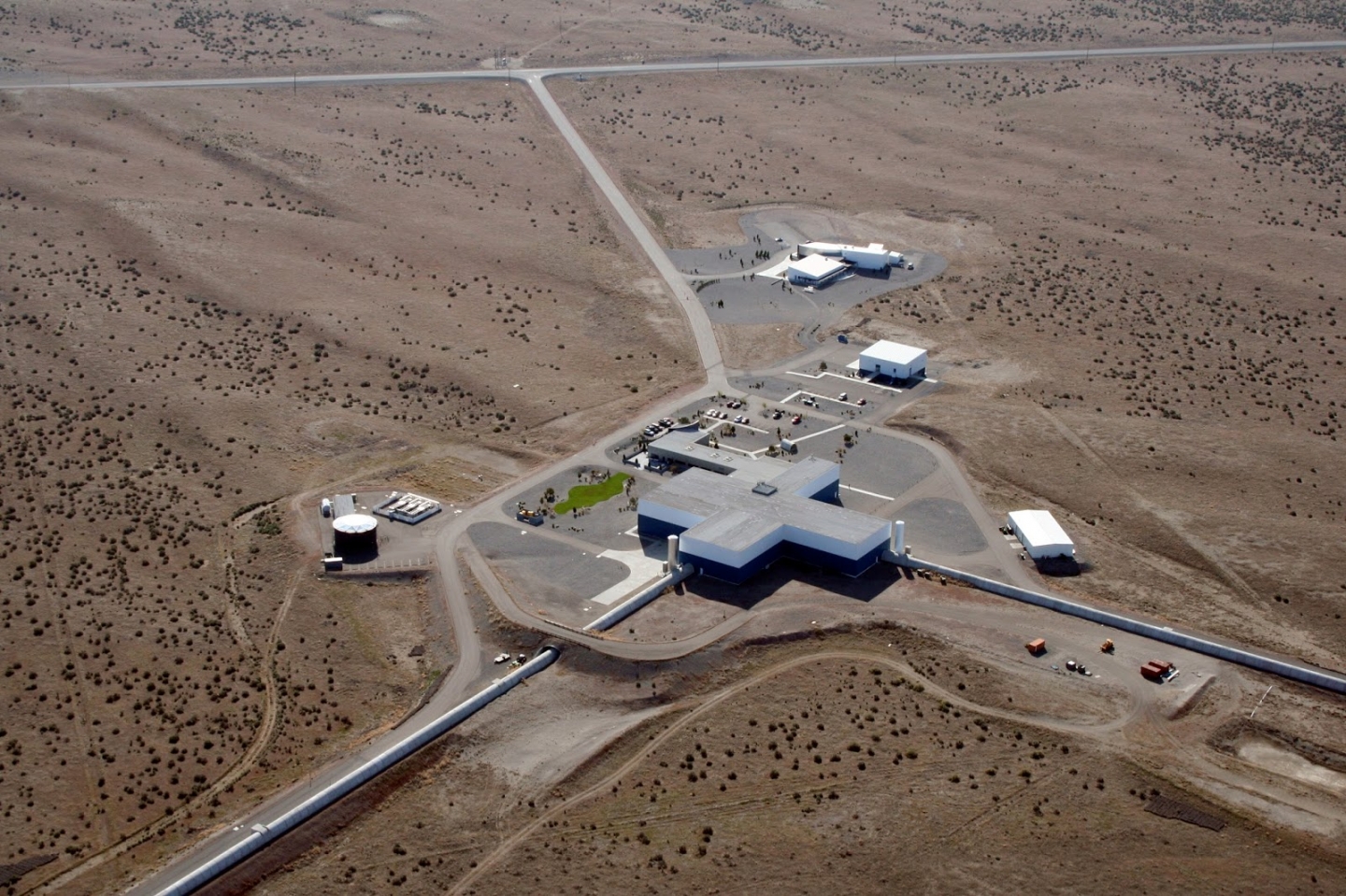 An aerial shot showing the Hanford Observatory, Washington &ndash; one of the two LIGO interferometers that detected the gravitational wave (Image: Caltech/MIT/LIGO Lab)

CERN congratulates LIGO on the news that they have detected gravitational waves for the first time, 100 years after these waves were predicted by Albert Einstein. The signal of gravitational waves was recorded by the Laser Interferometer Gravitational-wave Observatory (LIGO) in the US and analysed by an international  group of scientists including CalTech, MIT, the LIGO Scientific Collaboration* and the Virgo collaboration in Europe.

Gravitational waves were the last remaining prediction to be confirmed of Einstein’s theory of general relativity. Einstein predicted that masses deform space-time and, therefore, any sudden change in their position causes a distortion that propagates at the speed of light, resulting in gravitational waves.  Einstein implied that these ripples would be too feeble to ever be detected. Until now, he was right.

The LIGO scientific collaboration and the Virgo collaboration operate three observatories sensitive enough to detect gravitational waves, which would be generated by dramatic events in the universe, such as stars exploding or black holes colliding.

LIGO has two sites in the US thousands of kilometres apart – the Hanford Observatory in Washington, and the Livingston Observatory in Louisiana. The two observatories operate in unison so as to boost the sensitivity and effectively eliminate local vibrations from the signal to avoid mistaking them for gravitational waves.

Each site has a pair of four-kilometre-long tubes arranged in an ‘L’ shape, protected by a concrete enclosure to prevent interference from the outside world. Inside these tubes, a lasers measures the distance between a pair of mirrors, which changes by a tiny amount if a gravitational wave passes through. The LIGO interferometers were recently upgraded, making the detectors three times more sensitive, and only began taking new measurements in September 2015. Just after their restart, both interferometers detected the same signal for today’s announcement at the same time. The signal is thought to have been produced by the cataclysmic collision of two black holes, about 1,000 million light-years away, and 36 and 29 times more massive than our Sun.

The European Virgo collaboration operates a similar observatory, in Cascina, near Pisa in Italy. This interferometer is currently switched off, undergoing a major upgrading. It will be restarted later this year.

Read the opinion piece about this tremendous discovery.

A new way to look for gravitational waves