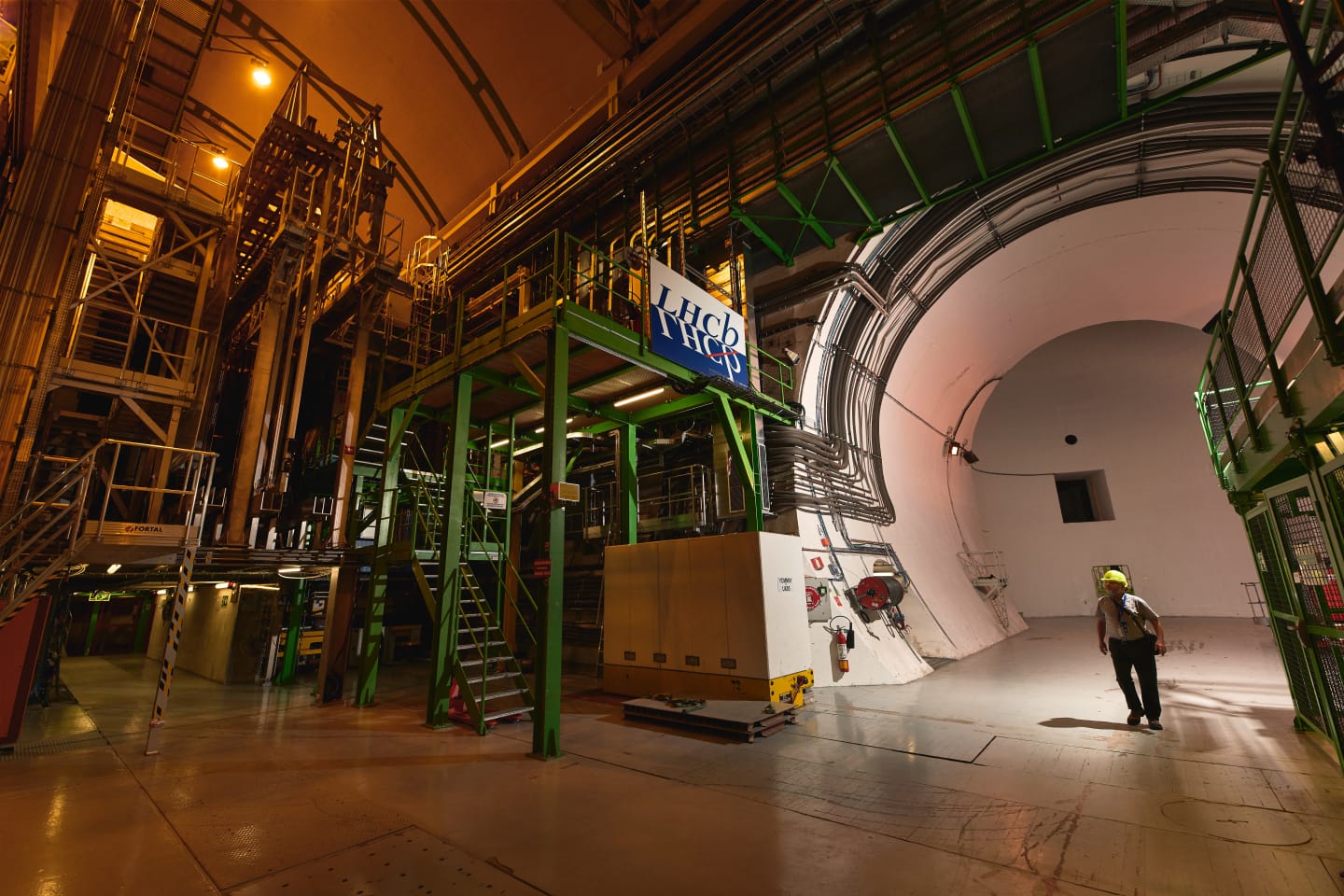 It could be three for the price of one. The LHCb collaboration has found two never-before-seen particles, as well as hints of another new particle, in high-energy proton collisions at the Large Hadron Collider (LHC). Future studies of the properties of these new particles will shed light on the strong force that binds subatomic particles called quarks together.

The new particles are predicted by the well-established quark model, and belong to the same family of particles as the protons that the LHC accelerates and collides: baryons, which are made up of three quarks. But the type of quarks they contain are different: whereas protons contain two up quarks and one down quark, the new particles, dubbed Σb(6097)+ and Σb(6097)-, are bottom baryons composed of one bottom quark and two up quarks (buu) or one bottom quark and two down quarks (bdd) respectively. Four relatives of these particles, known as Σb+, Σb-, Σb*+ and Σb*-, were first observed at a Fermilab experiment, but this is the first time that their two higher-mass counterparts, Σb(6097)+ and Σb(6097)-, have been detected.

The LHCb collaboration found these particles using the classic particle-hunting technique of looking for an excess of events, or bump, over a smooth background of events in data from particle collisions. In this case, the researchers looked for such bumps in the mass distribution of a two-particle system consisting of a neutral baryon called Λb0 and a charged quark-antiquark particle called the π meson. They found two bumps corresponding to the Σb(6097)+ and Σb(6097)- particles, with the whopping significances of 12.7 and 12.6 standard deviations respectively; five standard deviations is the usual threshold to claim the discovery of a new particle. The 6097 in the names refers to the approximate masses of the new particles in MeV, about six times more massive than the proton.

The third particle, named Zc-(4100) by the LHCb collaboration, is a possible candidate for a different type of quark beast, one made not of the usual two or three quarks but of four quarks (strictly speaking, two quarks and two antiquarks), two of which are heavy charm quarks. Such exotic  mesons, sometimes described as “tetraquarks”, as well as five-quark particles called “pentaquarks”, have long been predicted to exist but have only relatively recently been discovered. Searching for structures in the decays of heavier B mesons, the LHCb researchers detected evidence for Zc-(4100) with a significance of more than three standard deviations, short of the threshold for discovery. Future studies with more data, at LHCb or at other experiments, may be able to boost or disprove this evidence.

The new findings, described in two papers posted online and submitted for publication to physics journals, represent another step in physicists’ understanding of the strong force, one of the four fundamental forces of nature.

CMS on the lookout for new physics