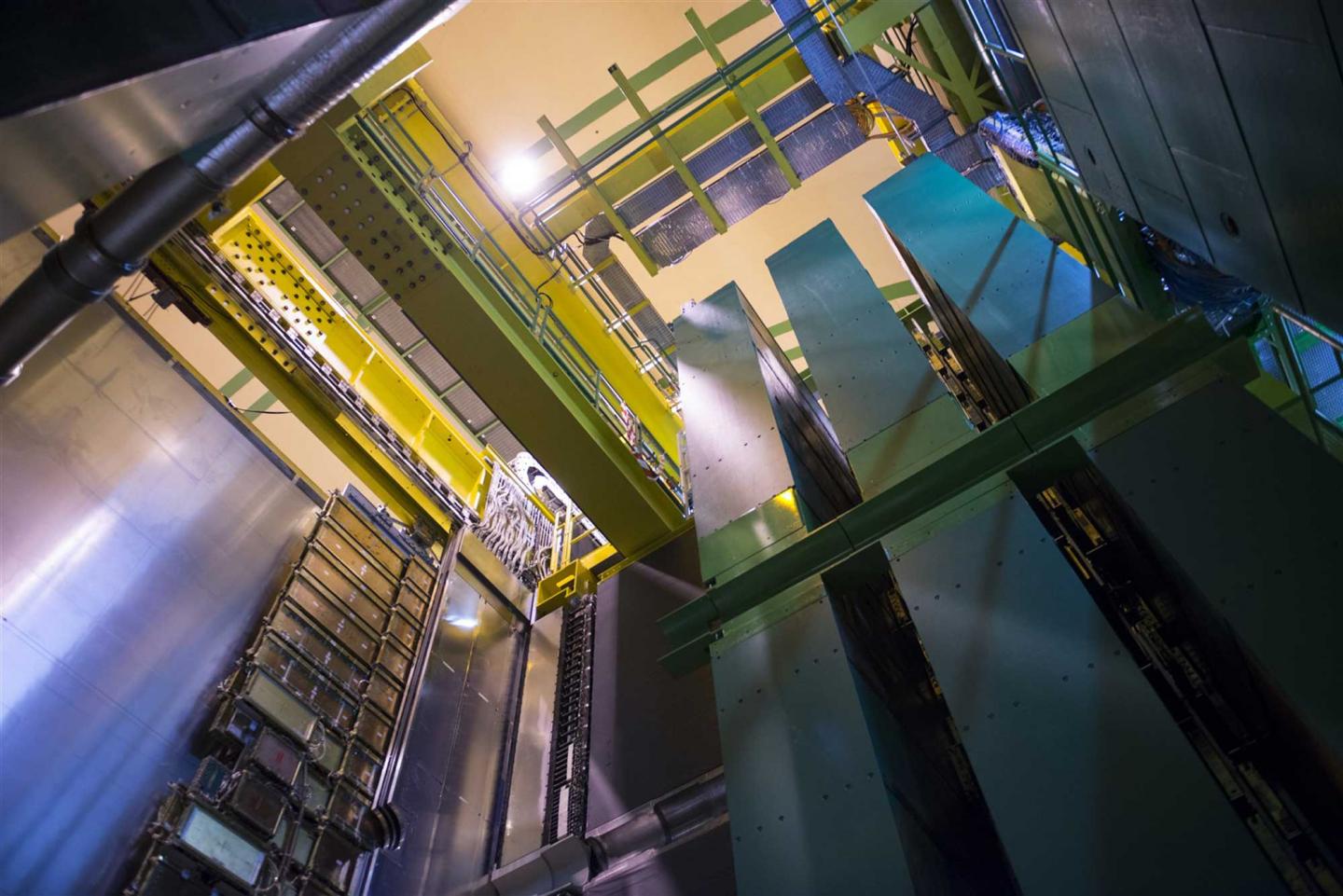 A view of the LHCb underground area, looking upwards from the cavern floor (Image: Anna Pantelia/CERN)

The LHCb collaboration at CERN today submitted a paper to Physical Review Letters on the first observation of matter-antimatter asymmetry in the decays of the particle known as the B0s. It is only the fourth subatomic particle known to exhibit such behaviour.

Matter and antimatter are thought to have existed in equal amounts at the beginning of the universe, but today the universe appears to be composed essentially of matter. By studying subtle differences in the behaviour of particle and antiparticles, experiments at the LHC are seeking to cast light on this dominance of matter over antimatter.

Now the LHCb experiment has observed a preference for matter over antimatter known as CP-violation in the decay of neutral B0s particles. The results are based on the analysis of data collected by the experiment in 2011. “The discovery of the asymmetric behaviour in the B0S particle comes with a significance of more than 5 sigma – a result that was only possible thanks to the large amount of data provided by the LHC and to the LHCb detector’s particle identification capabilities,” says Pierluigi Campana, spokesperson of the LHCb collaboration [see video interview]. “Experiments elsewhere have not been in a position to accumulate a large enough number of B0s decays.”

Violation of the CP symmetry was first observed at Brookhaven Laboratory in the US in the 1960s in neutral particles called kaons. About 40 years later, experiments in Japan and the US found similar behaviour in another particle, the B0 meson. More recently, experiments at the so-called B factories and the LHCb experiment at CERN have found that the B+ meson also demonstrates CP violation.