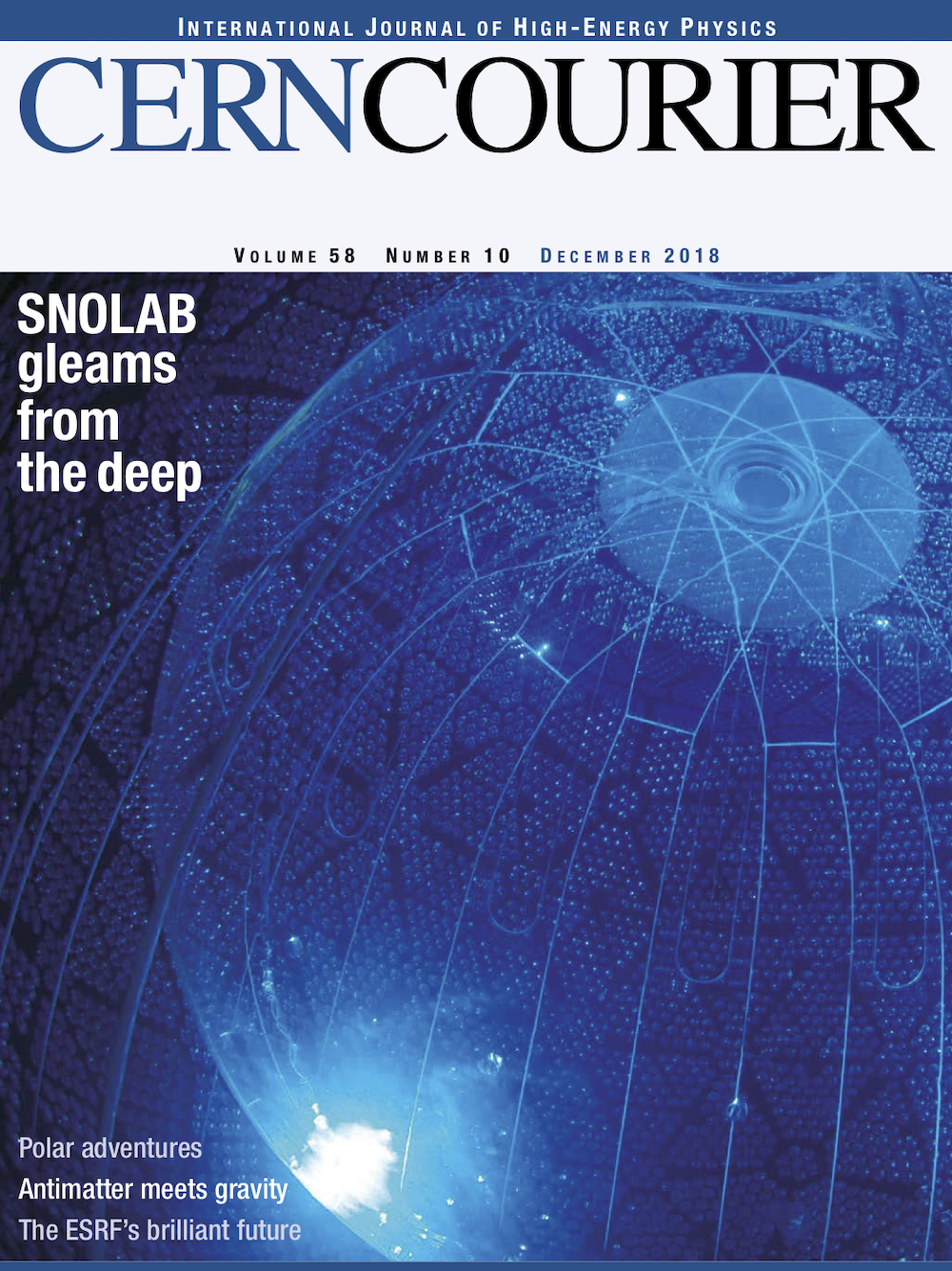 Welcome to the digital edition of the December 2018 issue of CERN Courier.

Cosmic rays, being relatively easy to detect using inexpensive equipment, offer an ideal outreach and educational tool. Two projects described in this issue – Polarquest2018 and Clean2Antartica, which stem from existing networks of cosmic-ray detectors installed on high-school rooftops in Italy and the Netherlands – are taking cosmic-ray experiments to polar latitudes for the benefit of science, education and the environment. Going to other earthly extremes, this month’s cover feature describes SNOLAB: the world’s deepest cleanroom facility, located at a depth of 2 km and host to several neutrino and dark-matter experiments. On the machine front, Linac2 is switched off after 40 years of serving CERN with protons, while the world’s first fourth-generation high-energy light source takes shape at the European Synchrotron Radiation Facility in Grenoble. Also featured in this issue is a call to address the gender imbalance in theoretical high-energy physics. Finally, in this last edition of CERN Courier in its current form, we report the results of our recent reader survey and set out the plans for the new-look magazine and website in 2019.