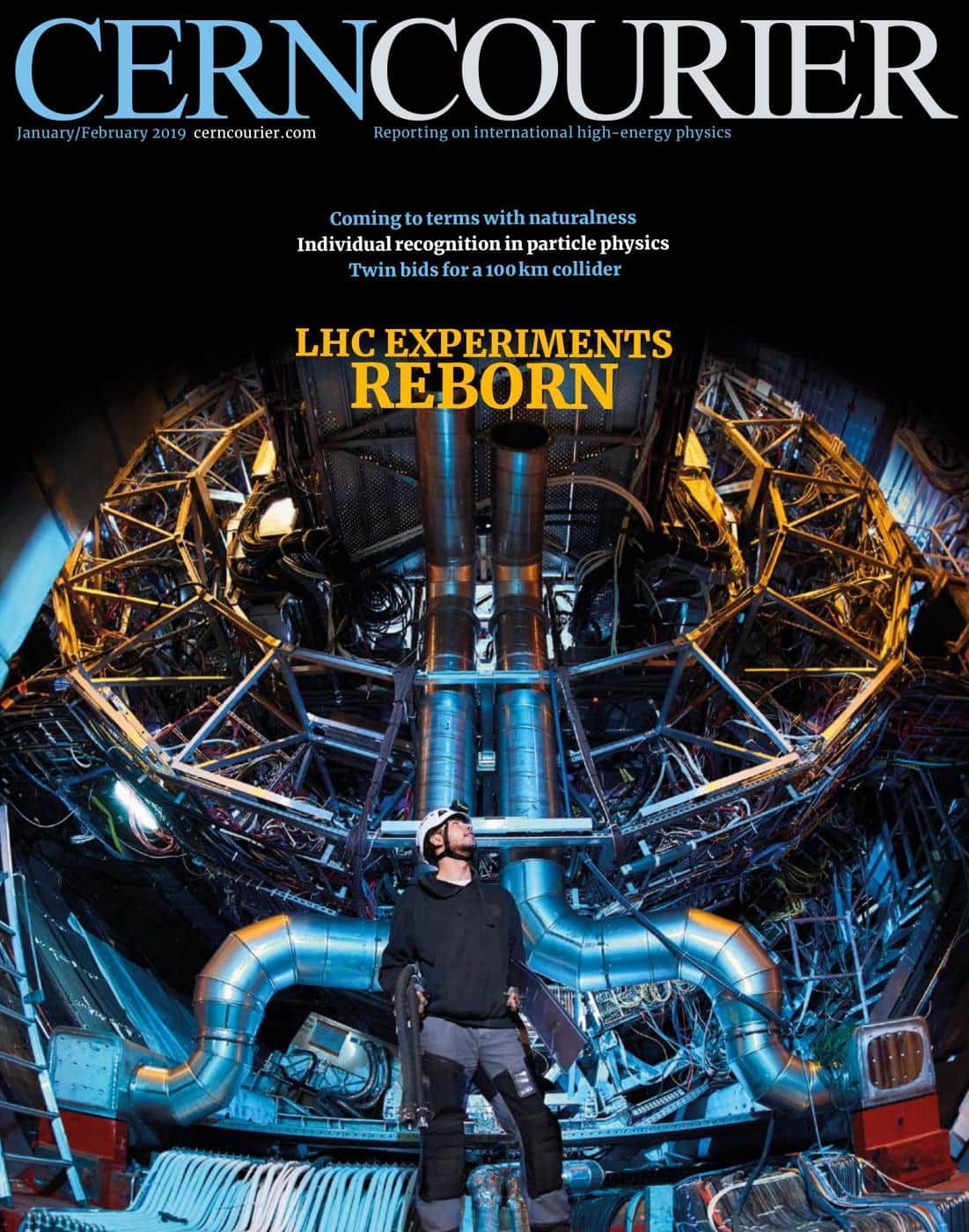 Welcome to the digital edition of the January/February 2019 issue of CERN Courier.

Particle physics rarely stands still, and the articles in this issue offer a snapshot of activities under way at CERN and elsewhere to secure the field into the next decade and beyond. Chief among these are the upgrades to the LHC experiments. Already exceeding its design luminosity, the LHC and its injector chain were shut down at the end of 2018 for two years of maintenance and upgrades, many of which are geared towards the High-Luminosity LHC (HL-LHC) scheduled to operate from 2026. To maximise the physics potential of this unique machine, the seven LHC experiments are using the current “long-shutdown two” to overhaul their detectors – a massive and complex effort that will continue during long-shutdown three beginning in 2024. HL-LHC promises a rich physics programme lasting into the 2030s at this curious time for the field, but strategic decisions need to be taken soon to ensure that there is minimal gap between the LHC and the next major collider. In recent months, China and Europe have launched design reports for a 100 km machine that would open a new era of exploration, while a decision is also imminent regarding a possible international linear collider in Japan. These and numerous other considerations will shape the upcoming update of the European Strategy for Particle Physics, more than 150 submissions for which were received by the deadline of 18 December.