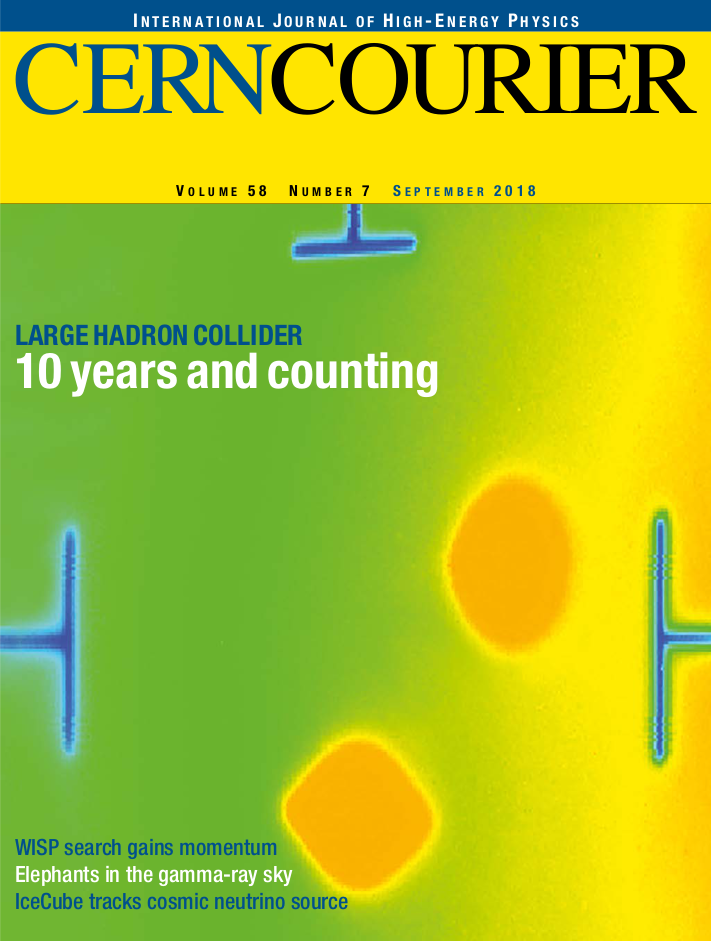 Welcome to the digital edition of the September 2018 issue of CERN Courier.

When is the LHC’s birthday?

Ten years ago, on 10 September 2008, two yellow dots on a screen signalled the first time that protons had circulated CERN’s Large Hadron Collider (LHC), marking the end of 25 years of design and construction. This issue of the Courier reflects on the media extravaganza that surrounded “first-beam day”, and looks ahead as the machine and its experiments prepare for a luminosity upgrade (HL-LHC). The experience gained in organising, building and operating the LHC has been crucial for this upgrade and plans for future colliders, while a recent analysis reveals significant broader societal impact from the HL-LHC. But the LHC has more than one anniversary. Its first ever proton collisions were recorded on 20 November 2009, following the successful repair and consolidation of the machine after an electrical fault forced a pause in commissioning, and on 30 November 2009 the LHC eclipsed the Tevatron to become the world’s most powerful collider, reaching an energy of 1.18 TeV per beam. The LHC physics programme began in earnest on 30 March 2010 with collisions at 3.5 TeV per beam and, for many physicists working on the ALICE, ATLAS, CMS and LHCb experiments, this was when the LHC fully came to life. That makes spring 2020 another golden opportunity to take stock of the LHC’s immense contributions.