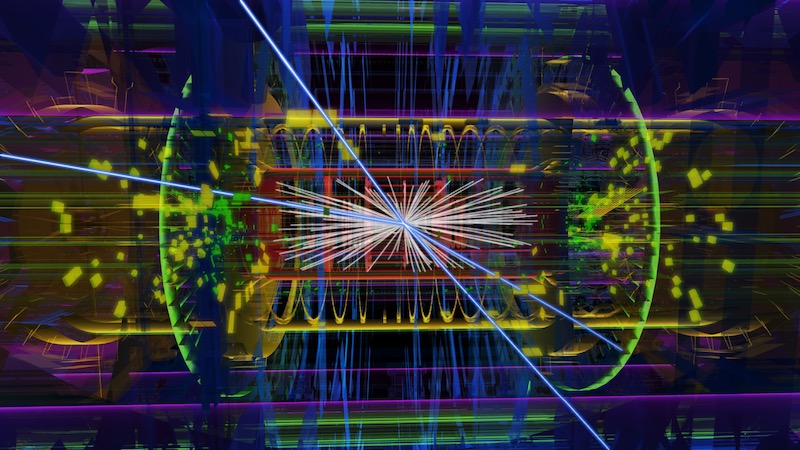 CERN and the Higgs boson

What is the Brout-Englert-Higgs mechanism?

The Brout-Englert-Higgs mechanism (BEH mechanism) describes how fundamental particles get mass. In this theory, developed independently by Robert Brout and François Englert in Belgium and Peter Higgs in the United Kingdom in 1964, fundamental particles acquire mass by interacting with a “field” that permeates the entire Universe. The more strongly the particles interact with the field, the more massive they are.

On the other hand, particles that do not interact with this field do not have mass - for example, the photon. This mechanism is a corner stone of the Standard Model, the theory that describes the elementary particles and forces. Later in 1964, the Americans Gerald Guralnik and Carl Hagen with their British colleague Tom Kibble further contributed to the development of this new idea.

What is the Higgs boson?

The Higgs boson is the quantum particle associated with the Higgs field. Since the field cannot be observed directly, experiments have searched for the particle, whose discovery would prove the existence of the field and confirm the theory.

On 4 July 2012, the ATLAS and CMS collaborations announced the observation of a particle consistent with the long-sought Higgs boson. The analyses performed since then by the two collaborations have confirmed that the particle discovered has the characteristics of the boson described by the theory.

Why is this so important?

At the beginning of the 1970s, physicists realized that there are very close ties between two of the four fundamental forces – the weak force and the electromagnetic force. These two forces can be described within the same unified theory, which forms the basis of the Standard Model. The basic equations of the unified theory correctly describe the two forces in terms of a single electroweak force and its associated force-carrying particles, namely the photon, and the W and Z bosons - except that all of the particles emerge without a mass. While this is true for the photon, we know that the W and Z have large masses, nearly 100 times that of a proton. The Brout-Englert-Higgs mechanism solves this problem by giving a mass to the W and Z bosons. At the same time, within the Standard Model, it also gives masses to other fundamental particles, such as the electron and the quarks.

Is the Higgs mechanism responsible for the mass that is familiar to us?

The Higgs field gives mass only to elementary particles such as electrons and quarks. Quarks form the protons and neutrons in atomic nuclei. Most of the mass of the matter that surrounds - and includes - us comes from these composite protons and neutrons. The quarks inside them account for only a tiny part of their mass, which mainly comes from the strong nuclear force that binds the quarks together. However, without the Higgs field, the Universe would not be the one we know. The elementary particles, such as electrons, would travel at the speed of light, as photons do. They could not be organized into more complex structure like atoms and molecules - and we would not exist.

How long has CERN been looking for the Higgs boson?

The search for the Higgs boson at CERN began in earnest in the late 1980s, with the Large Electron-Positron (LEP) collider, which occupied the tunnel that now houses the Large Hadron Collider (LHC). The experiments at the Tevatron collider at Fermilab in the US also began searching for the Higgs boson in the 1990s. The big difficulty initially was that theory did not predict the mass of the particle and it was possible that it could be found anywhere in a wide range of mass. LEP was shut down in 2000 to make way for the LHC and the LHC experiments took up the search again in 2010.

Is this the end of the quest?

Finding the Higgs boson is not the end of the story; the physicists have to study this particle in detail to measure its properties. Furthermore, many questions remain unanswered. For instance, what is the nature of dark matter, which makes up a large part of the Universe? Why is there far more matter than antimatter in the Universe, when both have been created in equal quantities at the beginning of the Universe? And many other questions...

Were any previous Nobel prizes awarded for work performed at CERN?

Carlo Rubbia and Simon van der Meer won the Nobel prize in physics in 1984 “for their decisive contributions to the large project, which led to the discovery of the field particles W and Z, communicators of weak interaction.”

Georges Charpak won the Nobel prize in physics in 1992 “for his invention and development of particle detectors, in particular the multiwire proportional chamber”. The particle detectors developed by Charpak revolutionized experimental particle physics by increasing considerably the volume of data that can be recorded by detectors.

Facts and figures about the LHC