First technical stop for the LHC

The first planned technical stop of the LHC starts on Monday, with five days of maintenance work scheduled for the accelerator and its experiments 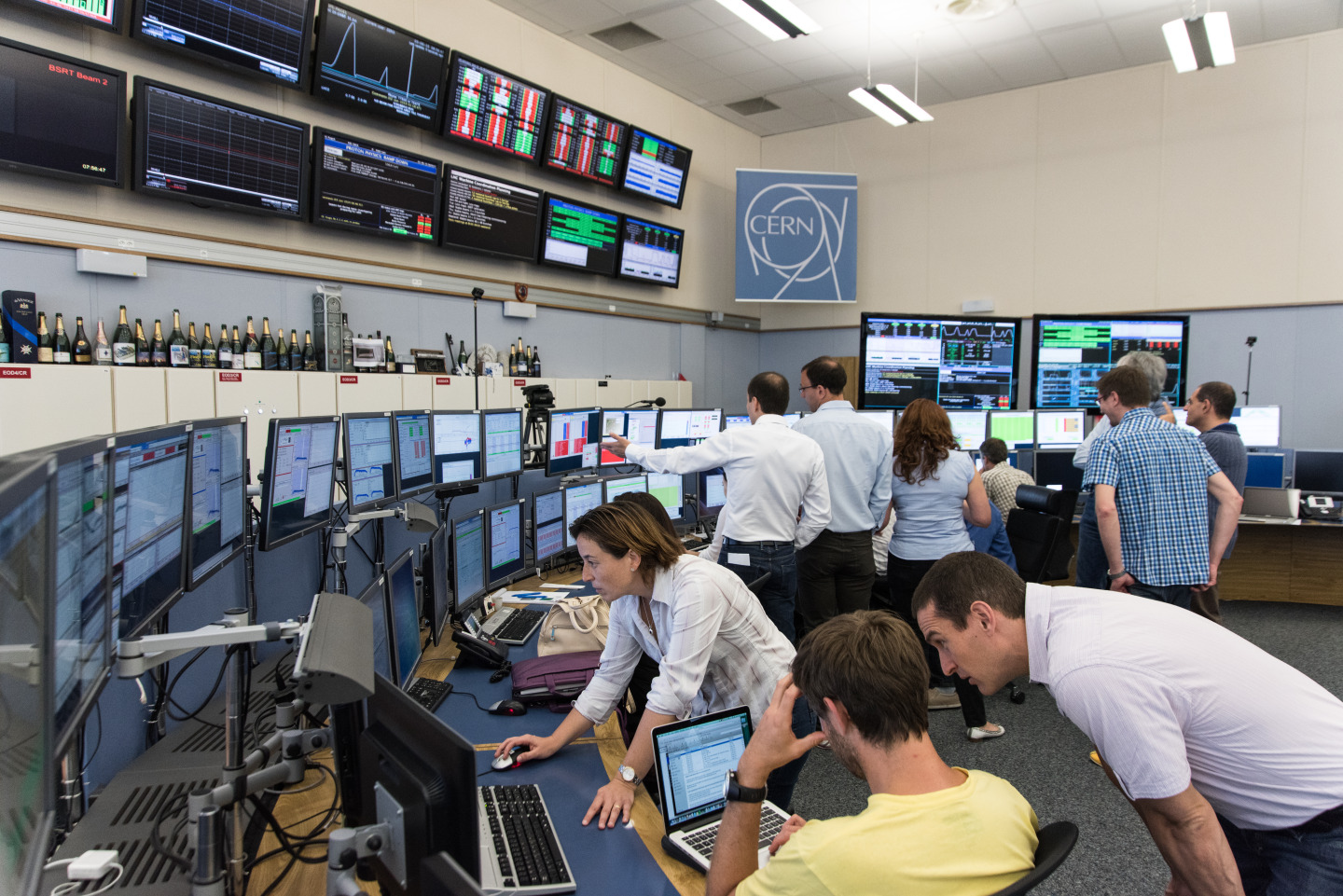 LHC operators in the CERN Control Centre during the first day of the Run 2 for physics on 3 June 2015 (Image: Maximilien Brice/CERN)

In a few days’ time, the Large Hadron Collider (LHC) and its experiments will be taking a short break. This five-day breather is the first of three technical stops scheduled for the accelerator during the 2015 operating period, before a slightly longer stop during the end-of-year holidays.

Although physics data only started to be collected at the LHC on 3 June, progressive recommissioning of the machine with beam actually began on 5 April. And even at the end of 2014, the machine had already been cooled and all of its equipment had begun operating.

Restarting the LHC involves much more than just pressing a button. The accelerator is made up of thousands of components that all have to work together harmoniously and need to be retuned at regular intervals. Each year of LHC operation therefore includes five-day technical stops every ten weeks or so. The experiments take advantage of these intervals to carry out their own maintenance work.

The first technical stop in 2015 will also allow LHCf to dismantle its detectors. LHCf is one of the LHC’s three smallest experiments and operates with beams that are not very concentrated, to avoid damage to its detectors. The operators of the LHC have therefore planned a special run this week, with beams that are less dense at the collision points. The other experiments will also use this opportunity to take data, in particular to calibrate their detectors.

After this first technical stop, several days will be dedicated to the scrubbing of the beam pipes ready to increase the machine's luminosity, i.e. to increase the number of bunches of protons. The LHC will then restart for physics with more bunches overall and a greater concentration of bunches at the collision points. Physics data collection will continue until the next technical stop, scheduled for the end of August.