One woman’s journey in physics 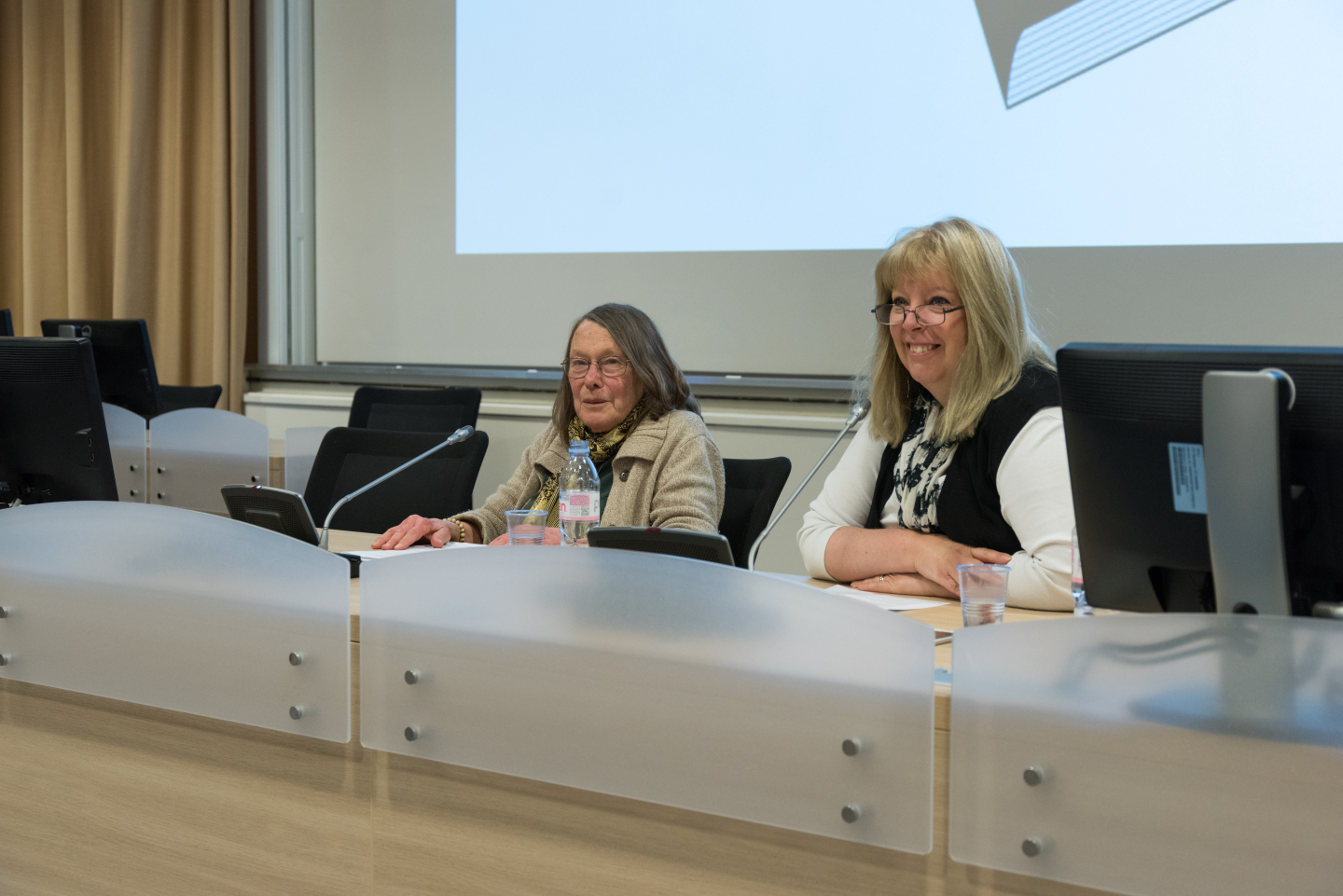 Mary K Gaillard (left) during the presentation of her book, discussing the role of women in the fundamental physics field with Valerie Gibson.

Mary K Gaillard began her career at the CNRS institute in France in the 1960's, at a time when women physicists in research institutes could be counted on the fingers of one hand. She first came to CERN with her husband in the late 1960's and stayed as a scientific visitor for many years, while still employed by the CNRS. In 1981, she joined the physics faculty at the University of California at Berkeley (UCB), becoming the first woman to hold a tenured position in the faculty.

Gaillard not only made major contributions to the Standard Model of particle physics, such as the prediction of the mass of the charm quark and to the famous paper coining the term penguin diagram, she was also the first to address gender imbalance at CERN: for International Women’s Day in 1980, she published a report on women in scientific careers at CERN, an essay surveying the way in which women in scientific careers at CERN viewed their professional situation. This report was an important resource for a working group set up in the 1990s to study the situation of women at CERN. On this group’s recommendation, CERN established its Equal Opportunities programme, which has now grown into today’s Diversity Office.

Closing the circle, the Diversity Office, together with the CERN Library and the Theory Department invited Gaillard to deliver a Theory seminar on quantum effects on supergravity theories, and to give some insight into the genesis of her book and her journey in physics. "Her frank autobiography, A Singularly Unfeminine Profession, is an honest, revelatory account of her many discoveries, made as she battled gender bias and faced the demands of raising three children," said Valerie Gibson, Head of High Energy Physics and Fellow of Trinity College Cambridge in her review of the book in Nature. Professor Gibson complemented Gaillard’s presentation with her own experiences and views on the challenges facing women making a career in physics.

The conclusion of both women is that the situation has improved at CERN, as well as in academia in general, but there is still a long way to go, especially when it comes to women in senior positions and leadership roles. From one solitary female member of the faculty at UCB when Gaillard took up her post in 1981, the number has risen to five. Meanwhile, the number of young women completing physics PhD programmes climbed though the 60s, 70s and 80s to around 16%, where it has since levelled off.

Gender stereotypes are all around us, and as Gaillard points out, "There seems to be a problem, starting with very young children." As with any problem, the first step towards a solution is acknowledging that the problem exists, and Mary K Gaillard’s presentation served as a timely reminder that while progress has been made, there’s still much to do in particle physics, as in many areas of society.

The book can be borrowed from the CERN library, bought at the CERN library (bldg. 52, 1st floor) or accessed online on the publisher's website (World Scientific) (free of charge for anyone with a CERN account).

Watch the recording of the book presentation here.