Particle detectors for the classroom 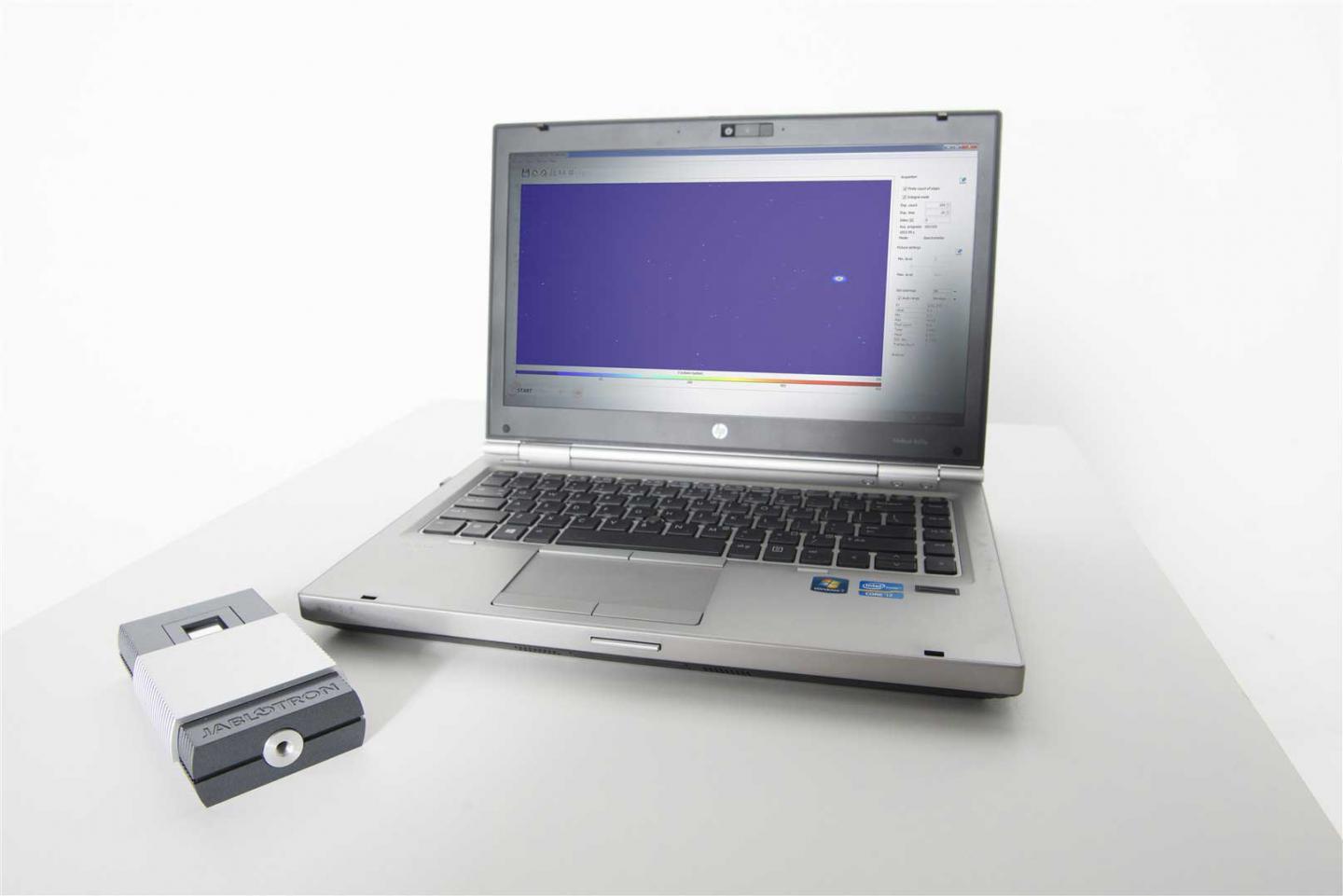 Physics teacher Becky Parker of the Physics Simon Langton Grammar School in the UK keeps particle detectors in her classroom. For years, her students have been using detectors supplied by the Medipix2 collaboration to perform real physics experiments and find out what scientific research is all about.

The Medipix2 (or Timepix) pixel detector readout chips are combined with silicon sensors using the same techniques that were developed for the LHC pixel detector systems. What makes the device particularly handy for classroom use is the USB-based readout system and the associated software which were developed by the Institute of Experimental and Applied Physics at the Czech Technical University (CTU) in Prague.

CERN engineer Michael Campbell used his knowledge of particle detectors to found a collaboration to design the hybrid pixel detector for medical use. He now leads two large collaborations that continue research and development on the chips. Now the Czech company JABLOTRON is using Medipix2 technology to produce and sell an educational toolkit they call MX-10. The toolkit consists of an easy-to-use particle detector that can detect ionizing radiation in real time. Students can then observe the particles arriving on the detector on a PC screen.

“MX-10 is the result of a long collaboration between CERN, JABLOTRON and the CTU, a member of the Medipix2 collaboration,” says Giovanni Anelli, head of the Knowledge Transfer group. “At the beginning of the product development, CERN granted to JABLOTRON a license to allow them to carry out research and development on the technology, and CERN and CTU provided technical support throughout the development phase.”

CERN recently adopted MX-10 as part its new CERN SchoolLab. “Our new educational lab features a series of hands-on experiments, providing a new opportunity for school students and teachers coming to CERN to carry out experiments on modern physics and related technological areas” says Rolf Landua, head of Education and Outreach at CERN. “We included MX-10 because the Medipix technology offers a wide range of possible uses. In stand-alone mode, it can detect, measure and characterize radiation from cosmic rays, rocks or radioactive sources. Together with three new X-ray sources, the superb resolution of the Medipix chip can be demonstrated,” he says.

CERN will introduce students and teachers to the use of MX-10, and will provide feedback to the company to further improve the product.