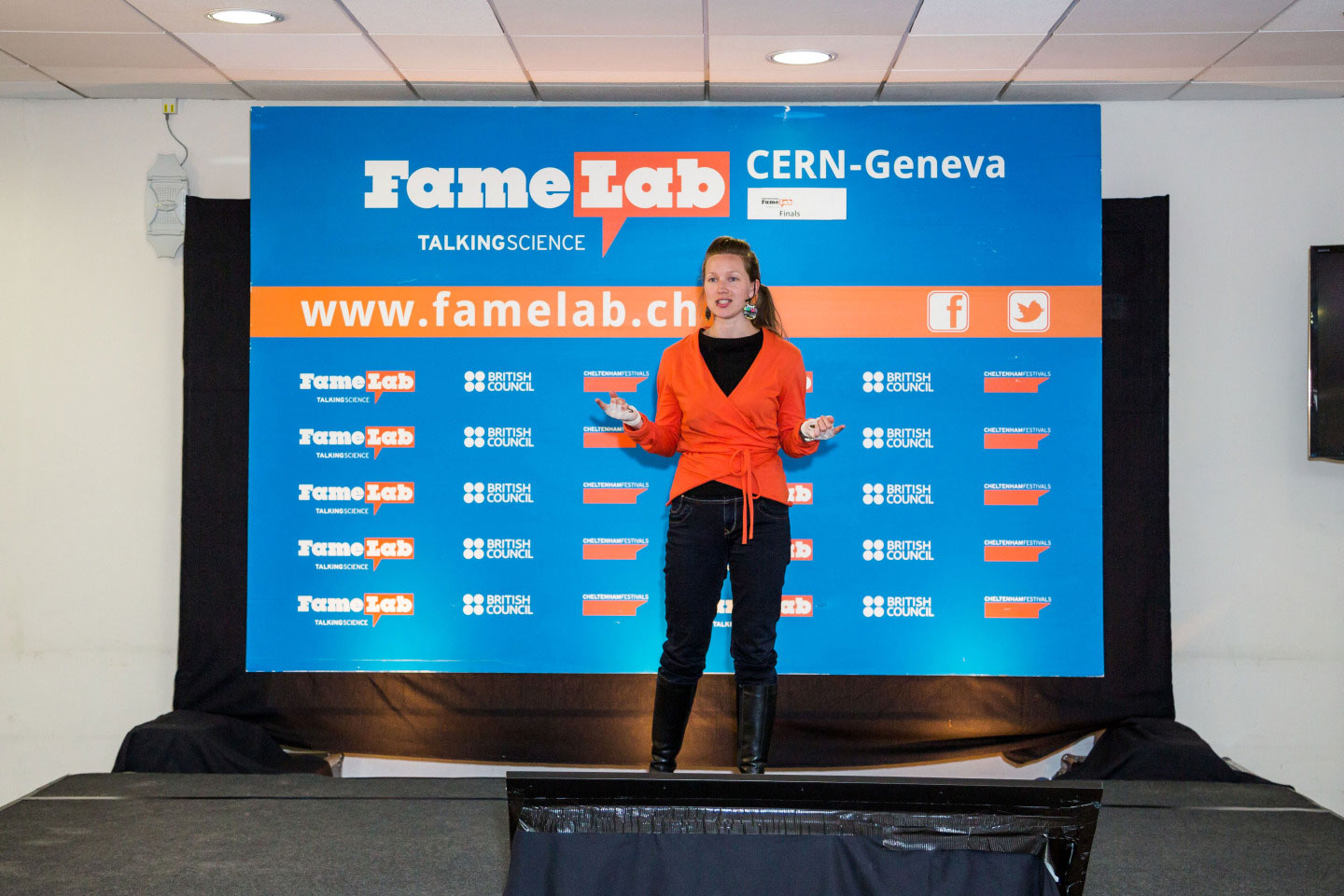 For the first time, a CERN competitor has reached the final of the famous science communication competition Famelab. Lillian Smestad, who works on CERN’s AEGIS experiment, will be one of the nine scientists selected among hundreds in 20 countries worldwide.

FameLab is a science-communication competition sponsored by the British Council and has been running for 10 years. Participating scientists have to engage the audience in a three-minute presentation on a scientific topic. This year, for the first time, CERN has entered the contest as a separate entity; the first organisation – rather than nation – to compete.

Smestad passed this selection on 8 May at CERN. She then made it through to the final with her captivating talk on the relationship and practical differences between theorists and experimentalists.

The final is due to take place on Thursday 4 June at 9.30pm CEST in the EDF energy arena. Smestad will be the first to present before a panel of judges.

Last night Smestad won an superb second place in the international FameLab final. This is a remarkable result for the first time CERN has participated in this contest. As judge Gill Samuels noted, Smestad’s presentation on what would happen to you if you fell into a black hole was impressive “not only for the clarity of her presentation and the clarity of her answers but for being brave to be the first person on the stage”.

Runner-up François-Xavier Joly and winner Oskari Vinko also trained for this competition in masterclasses at CERN. These classes provided them with the content, clarity and charisma on which they scored so highly in this contest.

Register for FameLab: your chance to talk sci...