A milestone towards a higher-energy nuclear physics facility

The first acceleration module of HIE-ISOLDE has been installed. The new accelerator will increase the energy of CERN’s nuclear physics facility 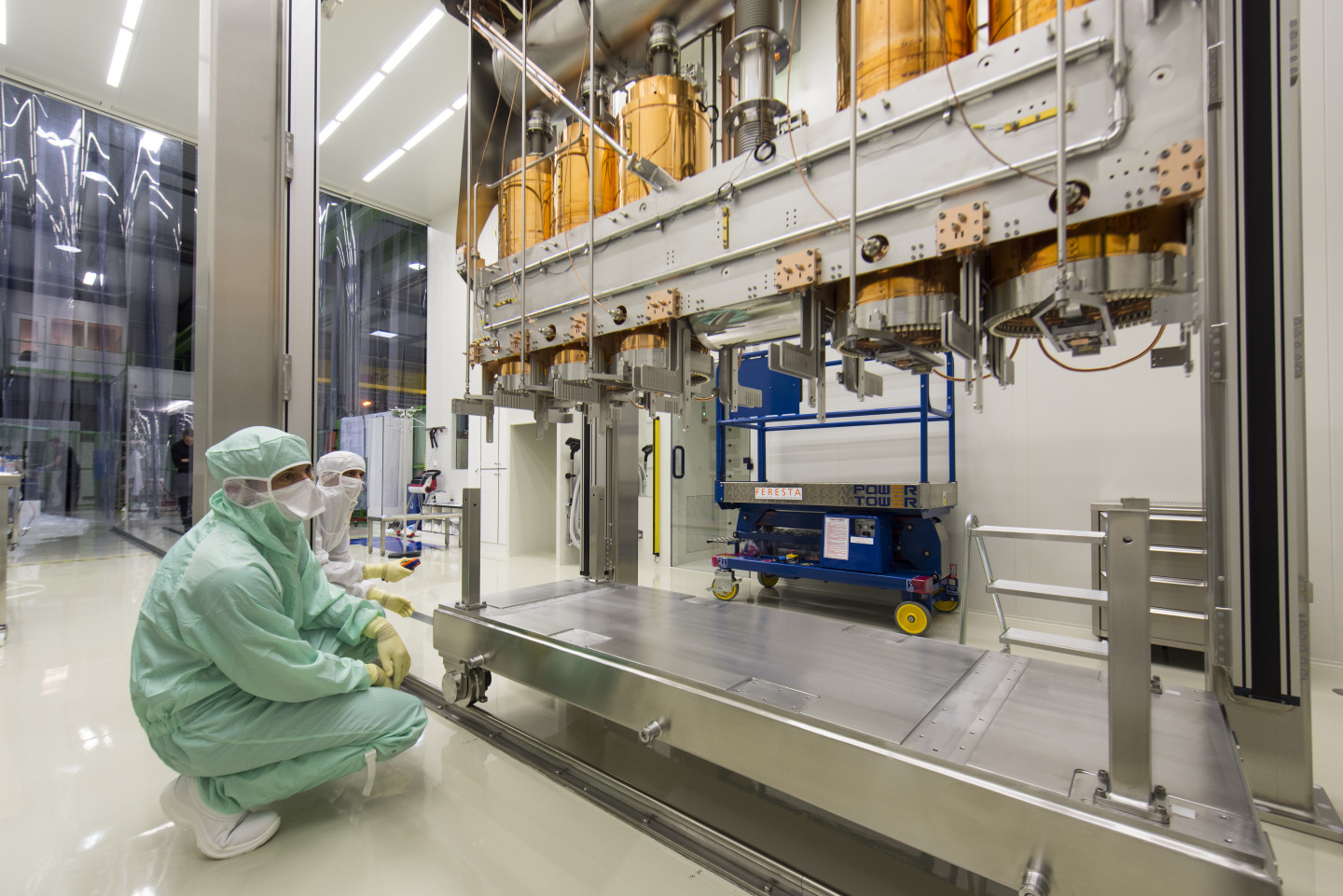 The first HIE-ISOLDE acceleration module was assembled over the last few months in a new clean room. (Image: Maximilien Brice/CERN)

CERN's nuclear physics facility ISOLDE will soon be producing radioactive ion beams at higher energies. The purpose of the HIE-ISOLDE (High Intensity and Energy ISOLDE) project, now in the advanced stages of construction at CERN, is to increase the energy and intensity of the ISOLDE beams. The transportation and installation of the first acceleration module on Saturday, 2 May marked an important milestone in the project. Made up of five superconducting accelerating cavities, this sophisticated module required years of development followed by months of assembly in a clean room at CERN. Once connected to the associated infrastructure, it will undergo several weeks of testing before HIE-ISOLDE is commissioned.

The unique ISOLDE facility is dedicated to the production of a large variety of radioactive ion beams for many fields of fundamental and applied research. Each year, its beams are used by around 50 experiments studying a wide range of subjects from the properties of atoms and nuclei to biomedical applications, nuclear astrophysics and solid-state physics. ISOLDE, which celebrated its fiftieth anniversary in 2014, has produced around 700 isotopes of more than 70 elements. HIE-ISOLDE will increase the research opportunities further by producing a greater variety of nuclei.

Nuclear physics at CERN: a hub for interdisci...