A new “culprit” for matter-antimatter asymmetry 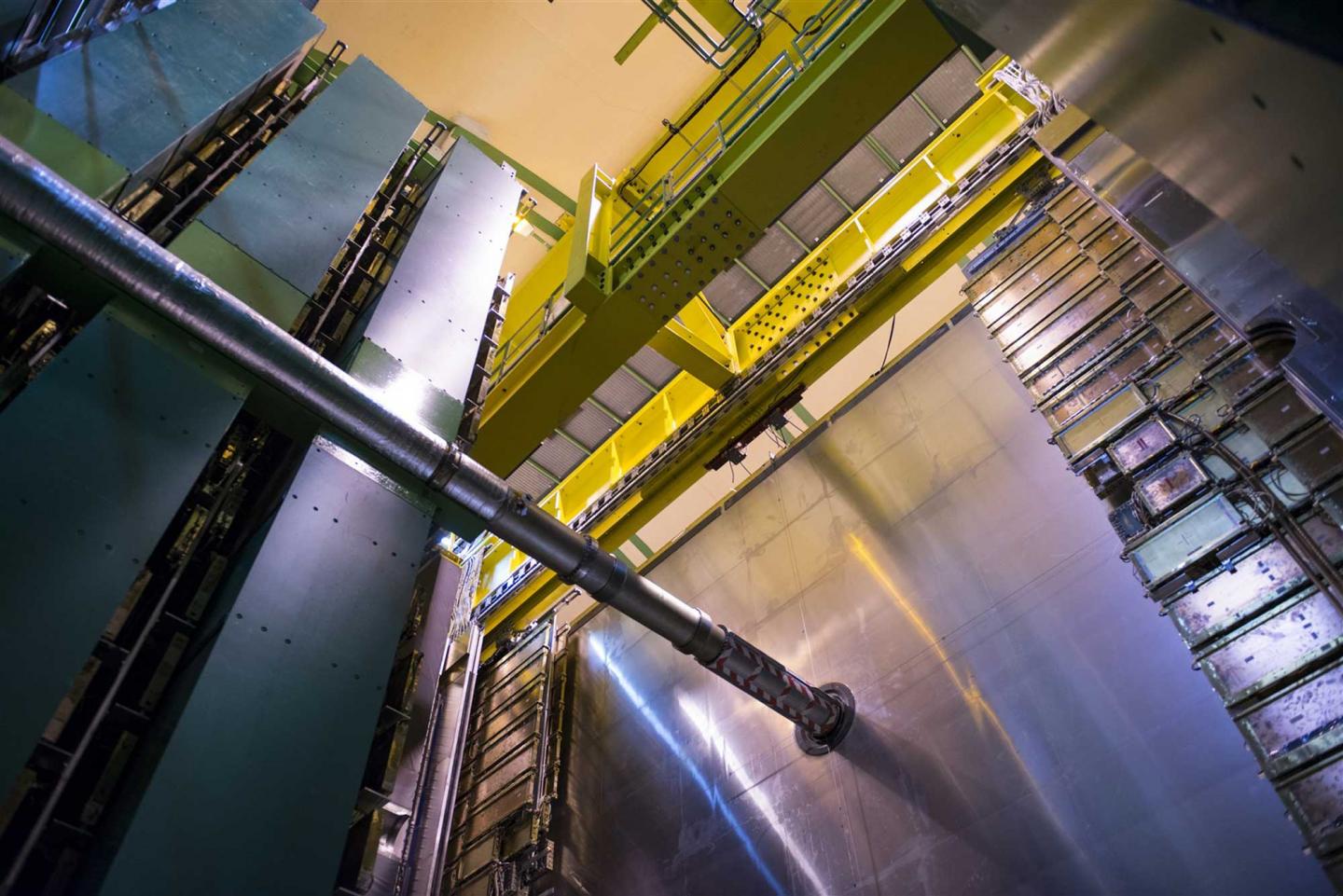 A view of the LHCb underground area, looking upwards from the cavern floor. The LHC beam pipe is visible in the centre of the image (Image: Anna Pantelia/CERN)

In our matter-dominated universe, the observation of new processes showing asymmetry between matter and antimatter allows physicists to test their theories and, possibly, to explore new territories. The LHCb collaboration has recently observed matter-antimatter asymmetries in the decays of the B0s meson, which thus becomes the fourth particle known to present such behaviour.

Almost all known physics processes show perfect symmetry if a particle is interchanged with its antiparticle (C symmetry), and then if left and right are swapped (P symmetry). So it becomes very hard to explain why the universe itself does not conform to this symmetry and, instead, shows a huge preference for matter. Processes that violate this symmetry are rare and of great interest to physicists.

Today, the LHCb collaboration has discovered asymmetric behaviour in the B0S particle (a bottom antiquark and a strange quark). “We have analysed a data sample corresponding to an integrated luminosity of one inverse femtobarn collected by the experiment in 2011,” says Pierluigi Campana, spokesperson for the LHCb collaboration. “Previous experiments installed at dedicated B factories and at the Tevatron were not in a position to accumulate large enough B0s decay samples. Thanks to the LHC statistics and the particle-identification capabilities of the LHCb detector, CP violation in the B0s-> K-π+ decay has been observed for the first time with a significance of more than 5 sigma. ”

All these CP violation phenomena can be accounted for in the Standard Model theory incorporating the Cabibbo-Kobayashi-Maskawa (CKM) mechanism of quark-flavour mixing, though some interesting discrepancies demand more detailed studies. “From the same theory we also know that the total effects induced by Standard Model CP violation are too small to account for the matter-dominated universe,” says Campana. “By studying CP violation effects we are looking for the missing pieces of the puzzle, which provide stringent tests of the theory and are a sensitive probe for revealing the presence of non-Standard Model physics.”