The space adventure comes to a conference at CERN 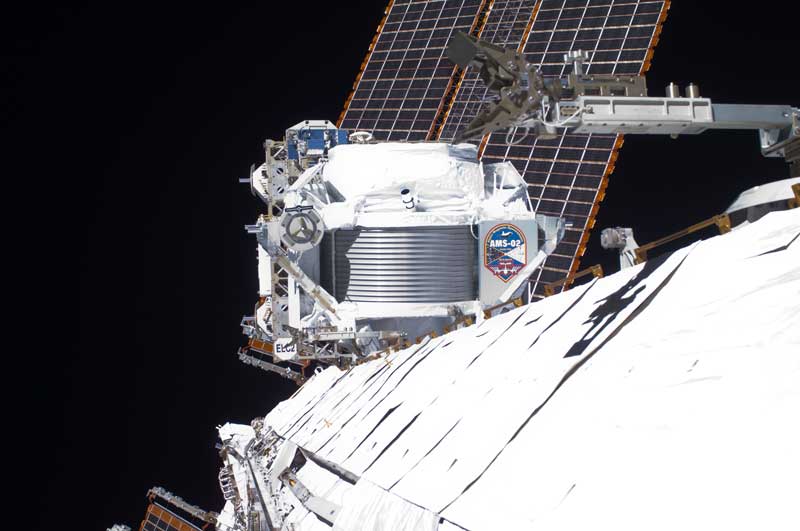 The Alpha Magnetic Spectrometer experiment, <a href="http://www.ams02.org/vr_cern/00.html">assembled at CERN</a>, currently operates as an external module on the ISS (Image: NASA)

The 4th International Conference on Particle and Fundamental Physics in Space (SpacePart12) will take place at CERN from 5 November to 7 November 2012. Space scientists and space policy makers from around the world have registered for this year's conference, which coincides with the centenary of the discovery of cosmic rays. Two of the biggest names in space exploration have been invited to give special talks open to the general public at CERN on 5 and 6 November.

At 8pm on 5 November, Edward Stone, professor at the California Institute of Technology and project scientist for the Voyager probes since 1972, will give a talk on the extraordinary story of these two probes, launched 35 years ago. His talk will be preceded by an introduction from Samuel Ting, principal investigator for the Alpha Magnetic Spectrometer experiment installed on the International Space Station (ISS).

At 8pm on 6 November William Gerstenmaier, associate administrator for Human Exploration and Operations for NASA and former manager of the ISS Program, will discuss the scientific work being conducted on the space station.

The talks will be webcast here in English, with French interpretation provided.