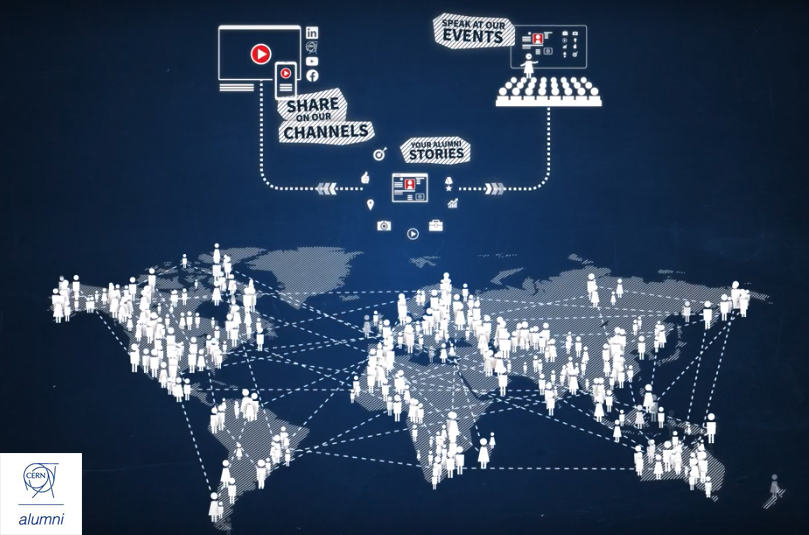 Nearing the end of a professional CERN contract can be exciting but is not always easy, especially for those who are at an early stage of their career. However, leaving CERN doesn’t mean that you have to part ways with the Organization and its collaborative community. Since its launch in 2017, the High-Energy Network of CERN alumni has been fostering links between CERN and its outgoing personnel across all categories, including students, users, fellows, associates and staff members.

The network has been growing steadily, with a current membership of over 6800 people worldwide. It includes groups of people with common interests, scientific collaboration groups and student groups, as well as ten regional groups, which will be joined by others soon. To celebrate its fourth anniversary, a special virtual event will be held on LinkedIn on 8 June, focusing on how CERN can be a career springboard and on the incredible career trajectories of CERN alumni and their impact on society.

An exciting programme will showcase how CERN alumni have gone on to work on initiatives and drive innovation for the benefit of society in fields ranging from medical applications to the environment.

We’ll be joined by Charlotte Warakaulle, CERN’s Director for International Relations, who will highlight the strategic importance of the alumni network for CERN, and by three CERN alumni: Mario Michan, Director and CEO of Daphne Technology, whose aim is to decarbonise the maritime industry, Christina Vallgren, Co-founder and CEO of TERAPET SA, which is improving proton therapy for cancer treatment, and her latest recruit, Michael Betz.

We’ve also been crafting a new module that will allow you to benefit even more from being part of the network. Stay tuned to learn all about it during the event!

Whether you move on to a new employer or a new field or launch your own start-up, being a member of the alumni network isn’t just about having fast-track access to job opportunities, events, talks and other resources. It’s a way to stay connected to CERN, its community and your colleagues. If you want to be part of a unique, supportive network comprising like-minded individuals, spread across the globe and united by a passion for science, CERN and its scientific mission, why not join the network?

Check out some of our previous events: