CERN and its partners from the EIROforum network participate in the EuroScience Open Forum, Europe’s largest public-facing scientific event 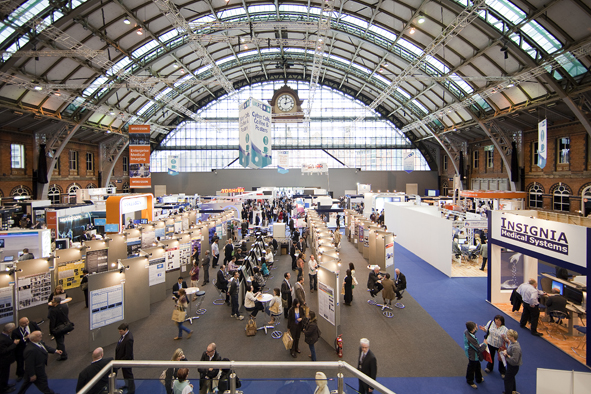 The main hall of the Manchester Central complex in which the ESOF conference will take place. (Photo : ESOF 2016/Enna Bartlett)

Sunday 24 July sees the opening of the seventh EuroScience Open Forum (ESOF 2016), which takes place every two years in a different European city. In 2016, it’s Manchester’s turn to host Europe’s largest public-facing scientific event, and CERN will be there along with our EIROforum partners.

Reflecting Manchester’s historical and ongoing association with science and industry, the eight members of EIROforum have put together a programme of activity focusing on how science gives rise to innovation. The focal point of EIROforum’s activity will be a stand developed by the EIROforum Innovation Management and Knowledge Transfer working group, highlighting science and innovation. Sessions in the main programme will cover the science done at the EIROs and how they generate business value. A keynote session featuring the Directors-General of CERN and EMBL and the Science Director of ESO will cover the importance of science on a European scale.

Other EIROforum activities include sessions in the exhibition hall on innovation, business opportunities and working at the EIROs.

If you are interested in attending, you can still sign up for the event. Look out for the page in the programme covering all EIROforum’s activities at ESOF, and for a session about SESAME, which will feature the work coordinated by CERN under the EU’s CESSAMag project.