EYETS report: so far, so good 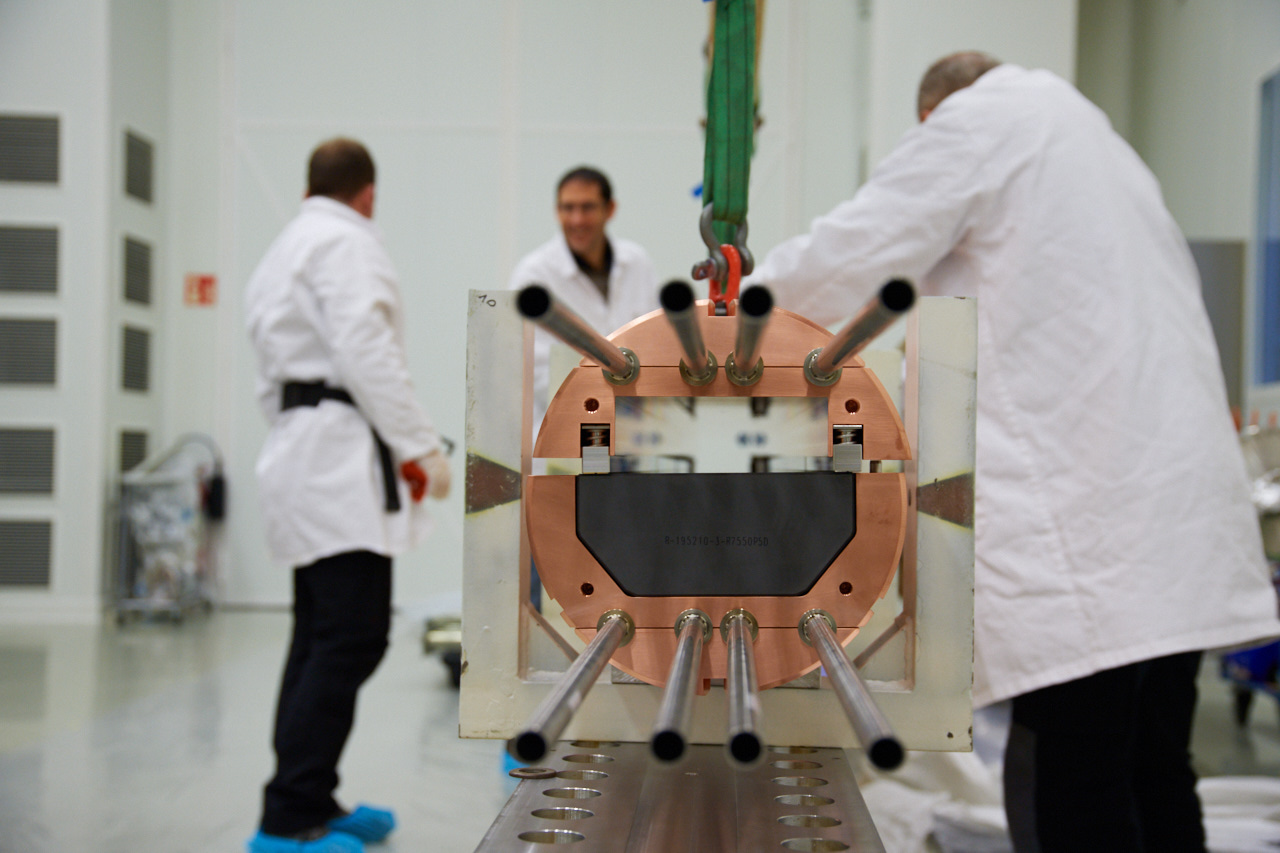 The new SPS internal dump while being assembled during the 2016 - 2017 EYETS. (Image: Maximilien Brice/CERN)

Since the beginning of December, hundreds of people from CERN’s technical teams have been working to repair and upgrade many facilities across the whole accelerator chain and on the experiments. This year’s technical stop, referred to as an extended year-end technical stop (EYETS), will be exceptionally long as it will last until the end of April. These additional weeks will allow critical, time-consuming work such as the upgrade of the CMS pixel detector to take place.

Before the EYETS started, ten days were dedicated to powering tests to train the magnets of two LHC sectors. The current was gradually increased in the magnets of both sectors up to 11 535 amperes in sector 4-5, corresponding to an energy of 6.82 TeV.

During the EYETS, three main categories of activities are being carried out: maintenance of many systems (cryogenics, cooling and ventilation, vacuum, electrical systems, etc.); work to prepare the machine and the injectors for the HL-LHC upgrade; and consolidation work and other activities such as the replacement of the 12 lifts along the LHC ring.

The whole LHC has been emptied of liquid helium, to avoid wasting any of the precious gas in the event of unexpected electrical failures during the operations. It also allows the technical teams to perform a lot of maintenance work on the cryogenic system. Since the entire operation of refilling, pumping and boiling off will then take several weeks, the schedule of the EYETS operations – already quite busy – gets really tight. The cryo-filling of the first sector is scheduled to take place between the end of February and the beginning of March.

Another major activity is the replacement of a magnet in sector 1-2. During the Christmas break, the sector was warmed up and several electric quality tests and helium-insulation-tightness tests at ambient temperature were successfully performed, revealing no major issues. One of the major risks of warming up a sector is the deformation of the bellows that hold together the different parts of the cryogenic distribution line. X-rays have been performed on all 250 bellows, revealing no deformation. The ball test has also been carried out and no faults were found on the plug-in modules of the sector.

As regards the injectors, the main activities are on the Proton Synchrotron Booster and Super Proton Synchrotron (SPS). The critical activities for the Booster are related to the de-cabling and cabling campaign – the identification and removal of all unnecessary cables to make room for the new cables needed for the LHC Injector Upgrade (LIU) project. Moreover, all the infrastructure needed for the HL-LHC in the Booster’s surface areas are being installed also as part of the LIU project.

For the SPS, aside from the de-cabling and cabling campaign, the main activities concern the installation of the cryogenics module and related infrastructure for the HL-LHC superconducting crab cavities, and work to replace an internal dump (TIDVG). This dump’s malfunctioning limited the number of bunches that could be injected from the SPS into the LHC last year, so it needed to be replaced.

The EYETS schedule is quite tight but everything is proceeding well for now, without any major disruptions. So far, so good!

Annual check-up and upgrades for the injector...