At the Moriond conference CMS presented the best constraint yet of the Higgs boson “width”, a parameter that determines the particle’s lifetime 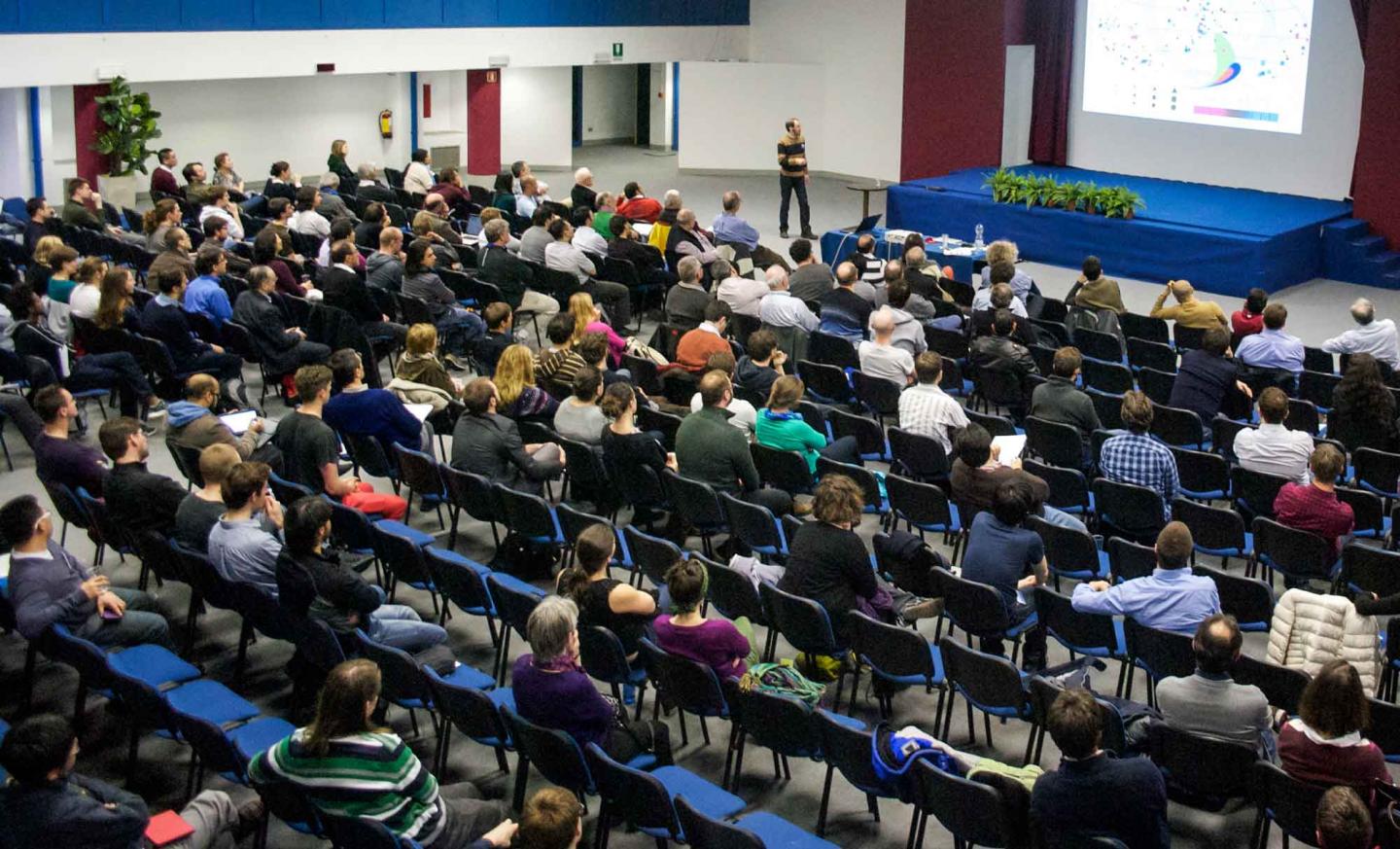 At last year's Moriond conference, CERN physicists announced the retirement of the "Higgs-like" particle and the arrival of "boson, Higgs boson". Now, one year later, at the same session in the same conference, physicists are back with more exciting news about the famed particle. This time: the best constraint yet of the Higgs boson “width”, a parameter that determines the particle’s lifetime.

As a key indicator for new physics, the Higgs "width" has long been on the LHC "to-do" list. Now less than two years post-discovery, the CMS experiment has gotten the closest yet to pinning it down, constraining the parameter to < 17 MeV with 95% confidence. This result is some two orders of magnitude better than previous limits: stronger evidence that this boson looks like the Standard Model Higgs boson. "It's been exciting to see how well the result has been received by the scientific community; it's been the buzz topic of the Moriond conference," said Nicola De Filippis, CMS collaboration member from Politecnico and INFN Bari.

The Standard prediction
For a Higgs mass of ~125 GeV, the Standard Model predicts a Higgs width of ~4 MeV. Quite a low width, especially when compared to its compatriots, the W and Z bosons (with ~2 GeV and ~ 2.5 GeV widths, respectively). Before this new result, the best limit on Higgs width had it under 3.4 GeV, based on direct measurements.

A new approach
With the new constraint some 200 times tighter than previous limits, let's ask the obvious question: how did this improvement come about?

"Until now, measurements of the Higgs width had been heavily limited by experimental resolution, which is about 2 or 3 GeV - much larger than the width they were trying to determine," said Roberto Covarelli, CMS collaboration member from the University of Rochester.

In 2012, theorists demonstrated that, with fewer assumptions and using events with pairs of Z particles, the high invariant mass tail can be used to constrain the Higgs width. Using this technique, the CMS collaboration was able to produce the impressive new result.

New answers to old problems
It's interesting to note that this much-improved constraint was revealed not by new data, but rather by an improved approach to analysis. “It is awesome to see how, with a bit of ingenuity, the LHC is becoming a precision instrument even in the Higgs sector,” said Luca Malgeri, CMS Physics Coordinator. The experimental era of Higgs physics is still in its infancy, and we have a lot more to learn before we can ship out to new shores. Stay tuned for more new answers to old problems.

For more about the analysis method used, see the following papers: