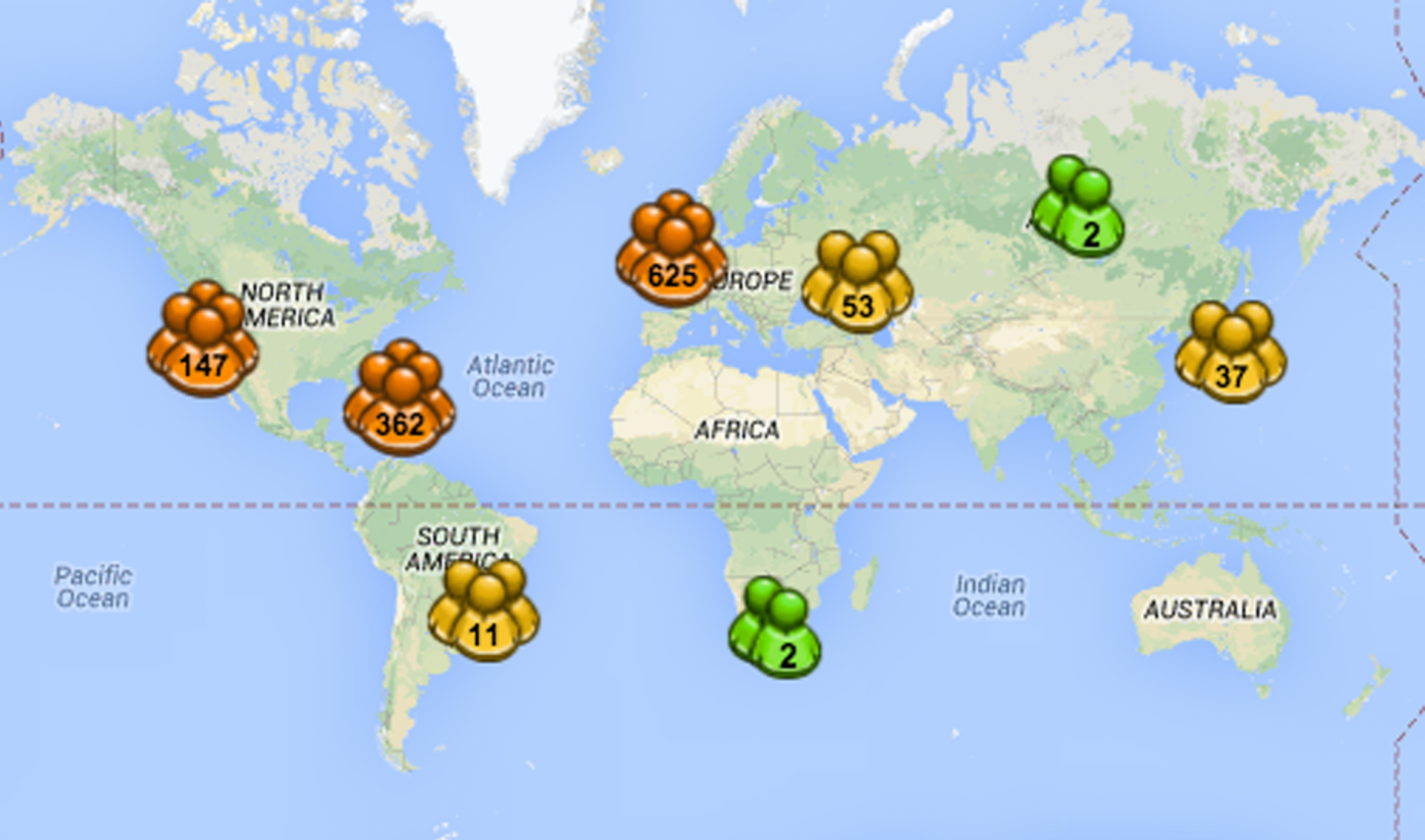 The crowd-sourced physics simulator Test4Theory has simulated its one trillionth (1012) particle collision since its launch just two years ago.

In Test4Theory, you can volunteer spare power on your home computer to run simulations of collisions in high-energy particle physics. The results are sent to MCPlots, a database of simulations that theorists at CERN use to check and refine their models.

"One trillion events is really amazing. It's a number I was never able to imagine," says Peter Skands, the lead physicist on the project. "It once took me a whole week to generate one billion simulations – and that was using 1000 computers in the cluster at Fermilab. Now we've got 1 trillion, which is crazy!"

The high number of simulations allows theorists to do comprehensive comparisons of new models. "We can generate that billion events many times over," he says. "It's fantastic what you can do with that amount of power."

This computing power for Test4Theory currently corresponds to a farm of about 1000 computer CPU’s running continuously - distributed between about 3000-5000 people. On average there are about 2000 computers running at any given time.

"When your computer runs you contribute to the physics effort and participate in CERN science," says Skands. "Forums are the main place where people who want more can discuss the project and get involved in the community. Questions range from technical issues and bug reports that help us fix problems, to questions about the Higgs boson."

So after one trillion events, is it time to wind down the project?

"It's only going to get bigger – we would like more people to join," says technical coordinator Ben Segal, who founded both the LHC@Home and Test4Theory projects."What we've learned is that using a 'Volunteer Cloud' platform like Test4Theory makes it easy for physicists to get their calculations done. And we've learnt the true value of the community."

Test4Theory is a descendant of the LHC@home project, which uses volunteer computing power to simulate the orbits of protons in LHC, but does not simulate collisions.

For more about Test4Theory and how to volunteer your spare computing power for physics simulations, check out the project website.