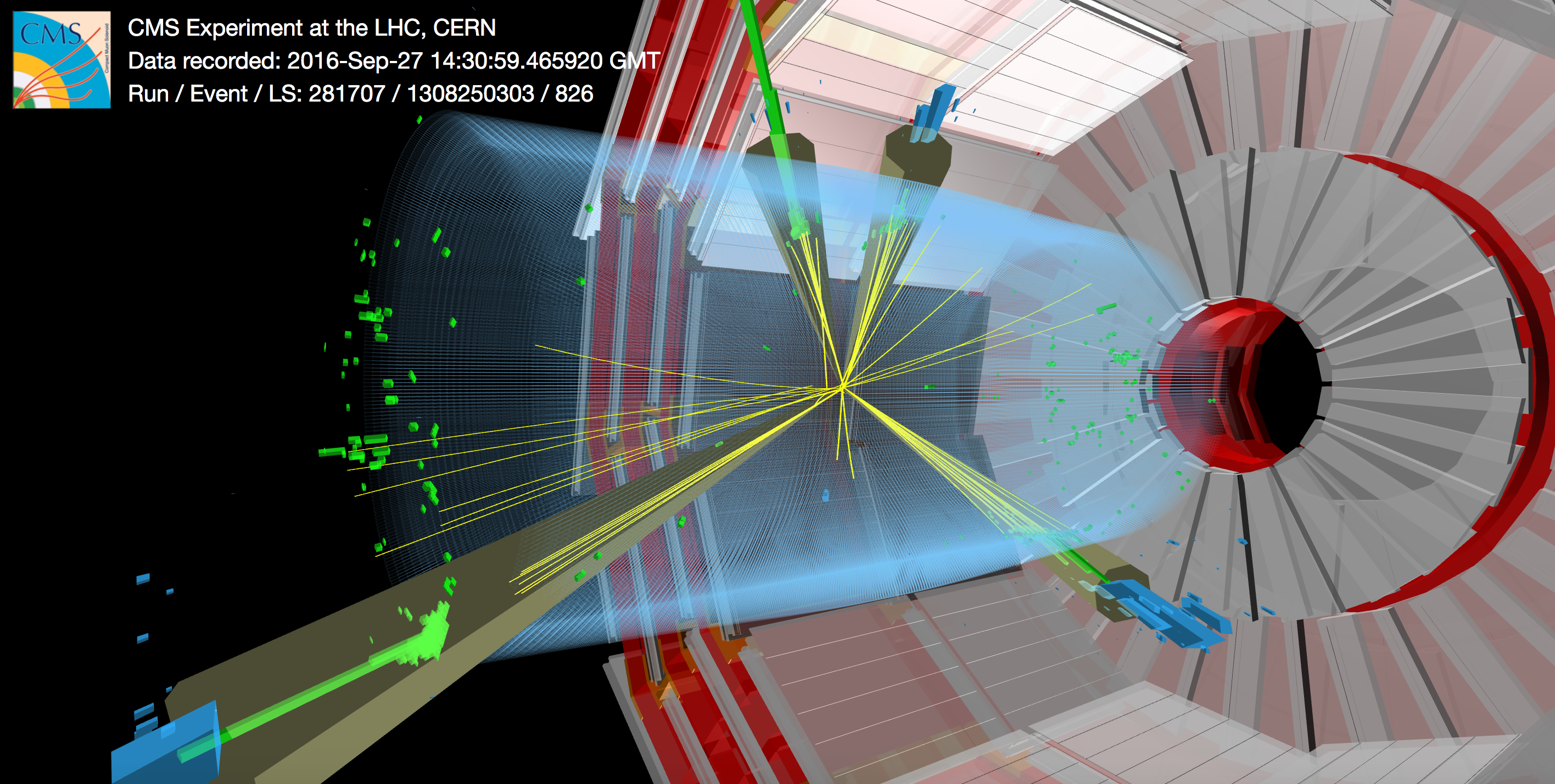 Quarks are the smallest particles that we know of. In fact, according to the Standard Model of particle physics, which describes all known particles and their interactions, quarks should be infinitely small. If that’s not mind-boggling enough, enter dark quarks – hypothetical particles that have been proposed to explain dark matter, an invisible form of matter that fills the universe and holds the Milky Way and other galaxies together.

In a recent study, the CMS collaboration describes how it has sifted through data from the Large Hadron Collider (LHC) to try and spot dark quarks. Although the search came up empty-handed, it allowed the team to inch closer to the parent particles from which dark quarks may originate.

One compelling theory extends the Standard Model to explain why the observed mass densities of normal matter and dark matter are similar. It does so by invoking the existence of dark quarks that interact with ordinary quarks via a mediator particle. If such mediator particles were produced in pairs in a proton–proton collision, each mediator particle of the pair would transform into a normal quark and a dark quark, both of which would produce a spray, or “jet”, of particles called hadrons, composed of quarks or dark quarks. In total, there would be two jets of regular hadrons originating from the collision point, and two “emerging” jets that would emerge a distance away from the collision point because dark hadrons would take some time to decay into visible particles.

In their study, the CMS researchers looked through data from proton–proton collisions collected at the LHC at an energy of 13 TeV to search for instances, or “events”, in which such mediator particles and associated emerging jets might occur. They used two distinguishing features to identify emerging jets and pick them out from a background of events that are expected to mimic their traits.

The team found no strong evidence for the existence of such emerging jets, but the data allowed them to exclude masses for the hypothetical mediator particle of 400–1250 GeV for dark pions that travel for lengths between 5 and 225 mm before they decay. The results are the first from a dedicated search for such mediator particles and jets.