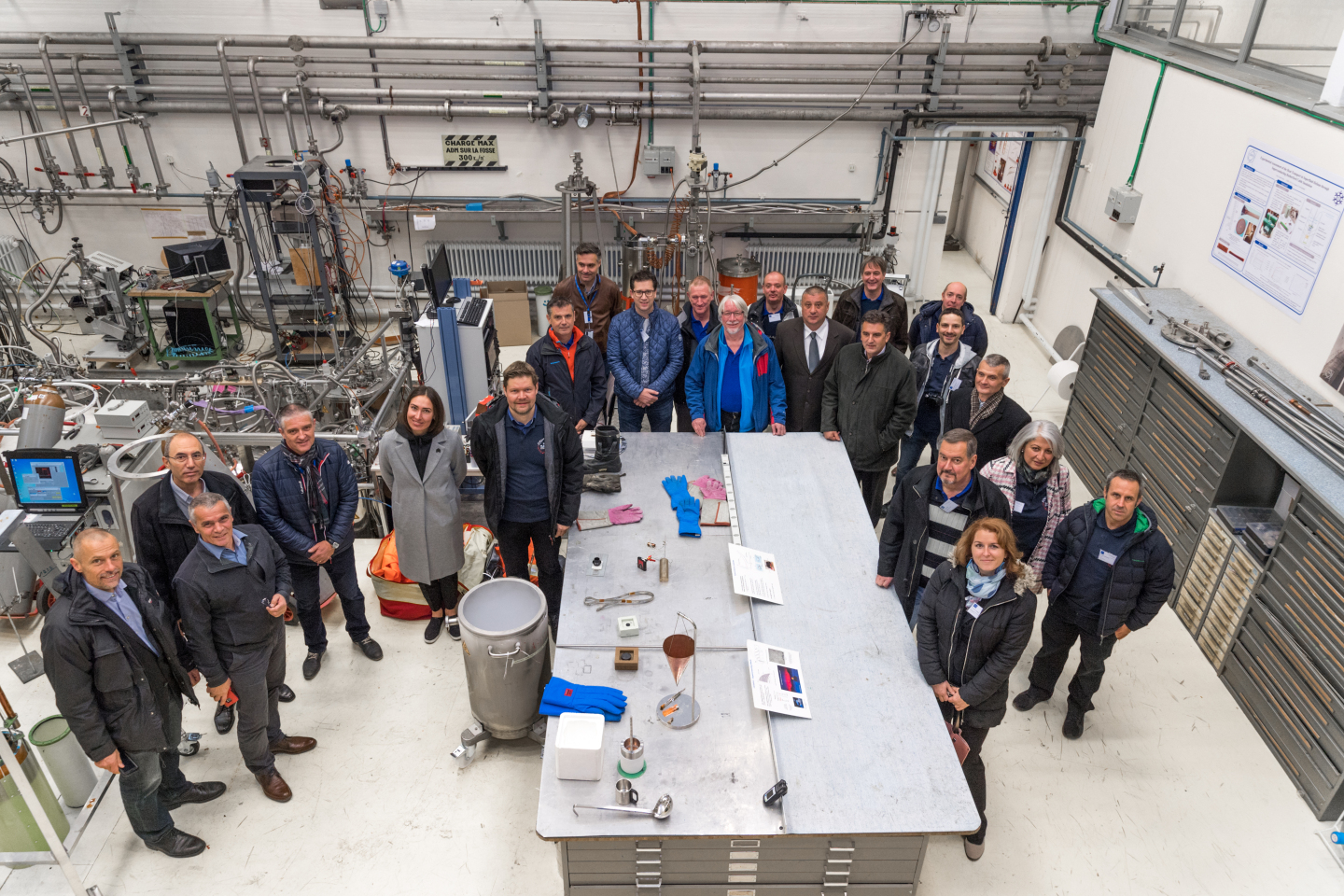 Founded in Paris in 1900, the International Association of Fire and Rescue Services (CTIF*) has become the world’s leading expert forum for firefighters, with some 40 Member Countries around the world and a similar number of Associate Members, including CERN. The work of the CTIF is built around a dozen specialised commissions focusing on issues ranging from volunteer fire brigades to forest fires. Each commission allows firefighters to share their experience with a view to improving operational techniques.

CERN is a member of the Hazardous Materials Commission, which meets twice a year, most recently in Greece and the UK. CERN was asked to host the second meeting of 2017, due to the Laboratory’s unique firefighting environment. Around 20 attendees represented some 13 CTIF members. This allowed CERN to share its experience and challenges and to learn from external expertise. The programme was divided into three parts, beginning with a series of presentations highlighting case studies from each of the participants. CERN’s contribution was a talk outlining the Fire and Rescue Service’s plans for dealing with a fire at MEDICIS. These presentations were followed by topical working groups, and the business part of the meeting concluded with a workshop focusing on firefighting in a cryogenic environment, an area in which the CERN Fire and Rescue Service has considerable expertise. The cryogenic workshop included tests of firefighting equipment in extremely cold conditions.

The workshop allowed CERN to learn from its guests, while they learned from CERN. It was a unique opportunity to contribute to the work of a leading global network of firefighters and to reinforce working links with fire services around the world, building valuable partnerships for a safe future at CERN.

ALICE 3 workshop: towards a next-generation h...